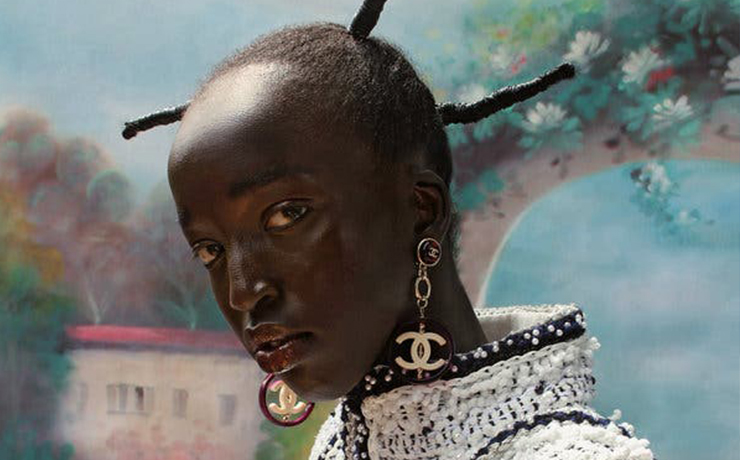 Instagram is a goldmine for creative talent and has often led me to find an inspiring range of young BIPOC creatives that have time and time again been left out of mainstream attention. From up-and-coming designers to musicians and photographers it’s easy to get lost in a beautiful internet rabbit hole of portraits, photo series and fashion shoots.

Here is a list of just some of the inspiring women photographers that challenge the gendered and racial barriers of photography, diversifying it’s playing field without exotictizing, whilst representing those typically unseen in refreshing and authentic ways.

Multifaceted artist from London has shot for the likes of Converse, Nike and Schuh but has also captured eminent musicians like Sampha, FKA Twigs, Raveena and Steve Lacey. She uses her roots in Ghana, India and Jamaica to richly inform her photography’s subject matter.

As written on her website, “in a direct response to the lack of representation Black and Asian people in the mainstream media, [Mahaneela] hopes to provide a new perspective, one that is bright, beautiful and authentic.” Mahaneela’s gold-tinted and earth-toned portraits do just that and are captivating to look at.

Raised between Nigeria and Yorkshire, Ossai has shot ‘I May Destroy You’ star Michaela Coel for New York Magazine, Rihanna for the launch of Fenty in Paris and even queen of neo-soul, Erykah Badu for InStyle magazine.

Ossai’s bright and highly stylized images are largely inspired by 80’s and 90’s Nollywood – the world’s second largest film industry based in Nigeria. In a recent interview she mentions how, “growing up, we always watched [Nollywood] in the house and I’d recreate some of the scenes in the garden and film stuff on my dad’s Blackberry. I loved the typography, I loved the green screen”.

Shots showcasing Nigerian garb and ornate backdrops can be seen throughout her Instagram page as well as her project with French-based fashion brand Kenzo — the project in fact helped bring her work into more mainstream attention. Working with filmmaker Akinola Davi Jr. on the project titled ‘Unity is strength,’ Ossai’s photography celebrates Black beauty and showcases Igbo traditions.

Upcoming photographer based in San Francisco uses her American-Pakistani background to guide her work. As written on her website, Farrukh’s photography explores themes of “identity, social issues and womanhood.” With her work, she intends to help better represent South Asians in art and fashion.

Her photos of three South Asian models with deeper complexions posed elegantly together went viral for her showcase of a group largely unrepresented. As stated in the post caption, Farrukh wanted to bring representation to “darker skin beauties” with the photo series.

Her other photographic endeavours lay within the intersection of nostalgia, dreams and the Divine Femine whilst championing women of color. Farrukh began photographing on her Dad’s camera at age 12 and has since built her portfolio which culminated in her first solo show at the Thomas P. Kelly, Jr. Student Art Gallery with her images championing South Asian jewellery, tapestry and faces.

She has also shot one of football’s biggest teams, Arsenal, and its new generation players. Her subdued, light-toned portraits of players like Héctor Bellerín and admiring fans have caught the eyes of many as well as the fact that the 24-year-old is one of the few Black women photographers who shoots within the intersection of sports, music, film and fashion.

In speaking to Dazed, the photographer states she hopes to “show young people from a similar background to me that it’s definitely possible to have a career based on passion, perseverance and consistency.”

London-based fashion photographer Joyce NG uses her Hong Kong background to inform her craft. In exhibition titled “English as a Second Language” shown at Somerset House in London, 2019, her work (alongside photographer Hanna Moon) explored what it means to be an Asian creative in the largely white-dominated fashion sector.

In an interview with i-D about the exhibition NG said, “I just tried to produce the work I think best represents me. Asian, female, lesbian, photographer. Das me!”

NG’s work wildly ranges and demonstrates her versatility. From shooting for London-based brand ASAI — contrasting designer A Sai Ta’s multi-colored garments inspired by his Vietnamese-Chinese heritage with South East London’s vivid immigrant culture — to a photo series spotlighting Yao women based in China’s Guangxi region and their hair, NG’s images have an innate ability to transport you.