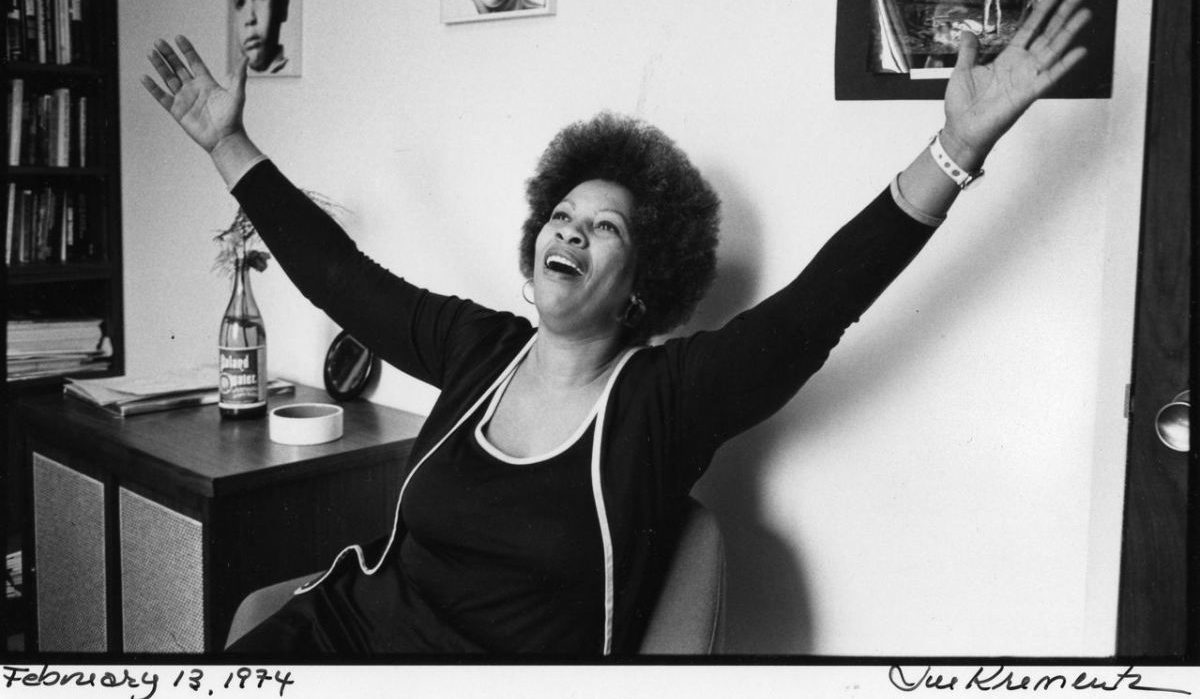 Popularizing Female Rap: Who Is Your Top 5 Dead or Alive?

The world said its doleful, final goodbye to the awe-inspiring Toni Morrison, earlier this week. Most know Toni Morrison as an African-American novelist, the first ever to win a Nobel Prize in Literature. Her award-winning novel Beloved is, well… beloved and earned Morrison a Pulitzer Prize for Fiction. Since her official debut in 1970, she solidified herself as one of the most influential and powerful voices in literature. Although she was indeed an extraordinary writer, she was so much more.

She was a teacher

In search of other like-minded, black intellectuals, Toni Morrison enrolled at the historically black Howard University, in 1949. After earning a B.A. in English there and a Masters of Arts elsewhere, she would one day return to the hallowed halls of Howard University to teach for almost a decade (I credit her immortal legacy at Howard University as one of the top two reasons I was obsessed with attending throughout high school). Before retiring, she also taught at Cornell University, The State University of New York, Bard College, Yale and Princeton, who in 2017 named the building once known as  “West College”, in her honor, with the new name “Morrison Hall”.

She was an editor

In 1965, a few years before her debut, Toni Morrison worked as an editor at Random House. It was here, after seeing the pathetic effort being given to black books, that she began her long career of championing black writers. She tirelessly edited and curated their works, bringing many black voices to mainstream literature. She has edited the voices of Gayl Jones, Toni Cade Bambara, Angela Davis, and Muhammed Ali. I recently learned that one of the first books she ever worked on was Contemporary African Literature, a collection that included African writers like Wole Soyinka and Chinua Achebe.

She was a revolutionary

One of my favorite thing about Toni Morrison was her unapologetic refusal to center her work, her teachings, and her life around the white perspective/experience. She spoke on the importance of black people reclaiming our narrative and telling our own stories with intent and purpose. While her work is beloved all over the world, make no mistake: Toni Morrison wrote for black people. Despite what the world persistently told her, she rejected the idea that her work was any less legitimate due to its lack of whiteness. In fact, she reveled in it. She made it clear that black people were her focus, and that black women were at the heart of that focalization.

To someone like me, a lover of all things black, femme and brainy, Toni Morrison’s words are something of an elixir. She was a brilliant writer, it’s undeniable. She strung her words together with eloquence and nuance, always mellifluous. However, most noteworthy is how she used her gift to teach, inspire, and fight for black voices, black women, against racism and sexism. Her words have left a lasting imprint on the world, and her legacy will live on.

Unsurprisingly, I never learned about Toni Morrison in any school curriculum. I came across her of my own volition. You, like I once was, may be interested in checking out some of her works. But from a quick google search, you’ll learn that Toni Morrison dabbled in a few different genres and types of works. In addition to novels, she has written essays, plays, and children’s books. So, where should you start? Down there!

Morrison’s debut novel is a great choice for those looking for an introduction to her work. The Bluest Eye follows Pecola Breedlove, an ill-treated young black girl who painfully wishes for blue eyes, like her childhood dolls (an extremely relatable sentiment, and almost a depressing right of passage of black girlhood). Penola prays for her eyes to turn blue, so she can be beautiful and loved like all the blond, blue-eyed children in America. The Bluest Eye looks at racism, self-hatred, poverty, and sexuality. Despite being written almost fifty years ago, The Bluest Eye remains relevant as ever.

Winner of the 1987 Pulitzer Prize for Fiction, Beloved is Morrison’s most famous book. It’s centered around the gripping and traumatic post-slavery life of a former slave and her daughter. Beloved is arguably Morrison at her best. She gives us both amazing storytelling and poetic prose. Beloved, both haunting and beautiful, is a must-read.

Song of Solomon is likely Morrison’s second most popular novel and is the winner of a National Book Critics Award. The story follows the protagonist Macon, as he navigates life in America, as a young African-American man. It’s one of the few works by Toni Morrison that features a male protagonist. It’s a great coming of age story, about independence and self-realization.

I haven’t read Jazz, but I plan to in the next coming weeks. While it doesn’t have as much buzz as her other works, I’ve had it recommended to me multiple times, and is an arguable favorite amongst many of Morrison’s fans. Set in 1920’s Harlem, a middle-aged salesman kills his young lover in a crime of passion. Then, his wife attacks the corpse at the funeral.  And, as titillating as that already sounds, I’ve read bits and pieces from the novel and have found the language to be as smooth as jazz itself.

Honorable mention: “Toni Morrison: The Pieces I Am”

While this isn’t a written piece of work, I’m also recommending you check out the Toni Morrison documentary, “Toni Morrison: The Pieces I Am”. I’ll be watching it in a small theatre next week, and have read nothing but stellar reviews. I’m excited to watch what I’ve seen described as an “exceedingly human” portrayal of the remarkable and stately Toni Morrison. Moira MacDonald, of the Seattle Times, said: “When it’s over, you feel like a beloved friend has left the room”.