MØ’s music is an eclectic mix of electronic beats and pop, while always carrying a little piece of her punk history with her. Her music is the kind you’d want playing in the background as you walk down the street, whipping your hair in slow motion, turning heads.

Her beats are energetic, inspiring even the stiffest of souls to dance. Her voice is smooth yet raspy and edgy, making her sound stand out on otherwise pretty generic top charts. The world got to know her after collaborating with Major Lazer and Dj Snake on Lean On, now, 3 years later, she has had the time to reflect on the whirlwind that surrounded her after Lean On was released, in order to find her own path in life.

We got the chance to interview MØ at the Bread & Butter Festival in Berlin this August, where she was promoting the Adidas B&B exclusive Colorway Falcon release. She’s such an insightful and inspiring artist, so I suggest you keep on reading!

You are here with Adidas at their 90’s inspired popup shop. What is your relationship with the brand?

I have always been a big fan of Adidas, I remember as a little kid, in the early 90’s when the whole hip-hop thing was starting to blow up I had this tracksuit that I would just rock all the time. I think basically ever since then it has been a brand that I love to wear. Also, in my teen years when I was more in the leftwing politics/punk environment, I would wear these big black Adidas original pants and bomber jackets and it was just the coolest look and it still is.

I think that we live in a society where there is constantly so much noise going on, so much thrown at us from all angles, at all times. As an artist, what do you do to break through the mediocre buzz and create things with meaning?

I totally agree with you. I think no person is exactly the same so I think for me it’s important to cut through the noise, to be yourself. Always have a reference in the now, in moving forward, and in your past, but also have your truest self in it. I think the times in my life where I tried to just echo what’s already out there it has always gone wrong. Like trying to make something that already exists but make it better… I’m terrible at that. I’m only good when I do something that’s very much myself and at times out of my comfort zone. Otherwise, who cares? Because there is just so much right now and people want to see something original.

Yeah I mean we are so overwhelmed with sounds, visuals, content. Everything is so available for everyone and everybody can suddenly be everything!

Exactly! And I myself as a viewer or listener am dying to see something that feels original and personal because that’s what art should be. It has to feel authentic. And nowadays people are getting better at noticing the stuff where it’s just lazy marketing.

I think we do that with everything, we take things that we know work and pull a trigger in the consumer so we use it again and again while leaving out its actual meaning. For example feminism, we use it as a marketing tool but only as a perfected, polished, pink and glittery version. How, as women, can we define ourselves outside of our gender, just as humans on a spectrum while embracing our feminine energy?

I mean, with this whole marketing strategy that girl power has become… it’s tricky because if it appeals to a younger generation of women, and if it makes them understand the word feminism and normalizes it a bit more, that’s a good thing. But in terms of our energy as women, feminine and masculine energy is so different for so many people, so again I would strip it back to being yourself and finding your way of being comfortable. Because we define being a woman in so many different ways! And eventually, we should define ourselves as humans who have male and female energy.

Exactly! We contain both energies simultaneously. It’s also, like, how much do you want to be in touch with which energy at what point in your life? I think that differentiates from one life chapter and situation to the next.

I feel that too! I went through so many different phases already.

Music has become such a collaborative field. That makes for a lot of creative energy but it also has a chaotic side to it at times. LPs are often less important and collaborative singles are dropped all the time, and again, so much is being thrown at us! You are also a collaborative artist, how do you find yourself again and refocus after a collaborative project?

That is something that’s really relevant for the journey I have been on the last couple of years because I started my career with a solo album and no features, then I did Lean On with Major [Lazer] which became a success and afterwards I did tons of collaborations and I love doing collaborations because you can bring your own energy together with someone else’s! But for me it’s also important to do my own thing and have my own voice. So that’s why I’m putting out an album this year and I’m really excited about that! It’s about the balance. I love the solitude of doing my own thing.

Solitude fills up your cup again.

Yes! And I need to feel myself but then at the same time I love to get out of that bubble of just being me in order to get out into other creative spaces. So a good balance is important to me.

You have been in the music game for a long time, doing your own thing, and suddenly the whole world knew you for this one song, Lean On. That’s something that happens to a lot of artists: they’ve been through this long journey but the world only sees this little snippet, which sparks a whirlwind where you have to talk about what lead to your big break again and again, and perform the song over and over again. When this whirlwind kind of settled and you had the time to breathe, how did you refocus on your own path?

Well it took me a little time to refocus, as you said, because when Lean On was at its highest it was just like a whirlwind and I am so thankful for that because it opened a lot of doors for me but it took me a while to find my own path again. Sometimes, after a success like that, people only see that and all of a sudden there are all these opportunities and how do you find yourself in an ocean of opportunities? So it took a little while, but it’s definitely worth waiting for the moment where you have found your voice again instead of just jumping back in like “oh I gotta get the cash,” cause that’s a quick fix. If you want it to be longlasting you’ve got to build your career really on who you are.

Well I guess that depends on what your goal is. If you really need to do art and immerse yourself in the process, or if you want to be a commercially successful artist.

I want the first.

The music industry changes so fast as well! In my opinion, these quick changes happen because art is a reflection of the artist and society. We are changing fast and so does music. How do you adapt to these changes in order to ride the wave?

My thing has always been that I source a lot of my inspiration in my past. I’m a very nostalgic person but at the same time I’m terrified of being stuck. I’m so impatient to move to the next thing. Therefore, for me, change is a good thing. While simultaneously, there is always a certain fear involved when it comes to change. Change is something that creatively can help to push yourself, which is so important.

I noticed that there is a difference between anxiety and fear. Fear is rational and it is a protection mechanism but anxiety is irrational and it’s often rooted in a loss of comfort. Anxiety hinders you and fear pushes you.

Totally. This uncertainty of change is what drives you forward and makes you want to jump and try new stuff. If you let go of the anxiety, of your comfort zone, you can overcome your fear and take this big jump and develop really fast. A lot of the times in my career it has been this thing of I just have to jump. I like that, even though it’s scary. If we wouldn’t have that we would get so comfortable.

So speaking of big jumps, I feel like people who do outstanding things are often different. In our society right now the topic of “diversity,” once again, really gets eaten up as a marketing tool. Still, we are so afraid of being a diverse culture, of truly being different. We seem to have such a problem with accepting otherness, in any way. Why are we so cruel to each other?

It’s so ingrained in us to be fearful of the unknown. Which of course is irrational, lazy and stupid.

I sometimes think that subconsciously or consciously many of us are afraid that anything that is in any way different could frighten our position, which is fucking bullshit.

I have a pretty personal question… In my experience, creative people are often really sensitive and really open as in, they sense a lot, they perceive and feel a lot and have a really vivid imagination. That can get really overwhelming especially if you are around many people. How do you protect your energy and personal space?

What I sometimes do in these situations where it’s just too much, is to really rest in myself, to feel the emotion of being overwhelmed and being ok with that. And then going back to solitude and having a moment for yourself and unloading all the energy. As I get older I find it easier to be ok with the present moment and my emotions. 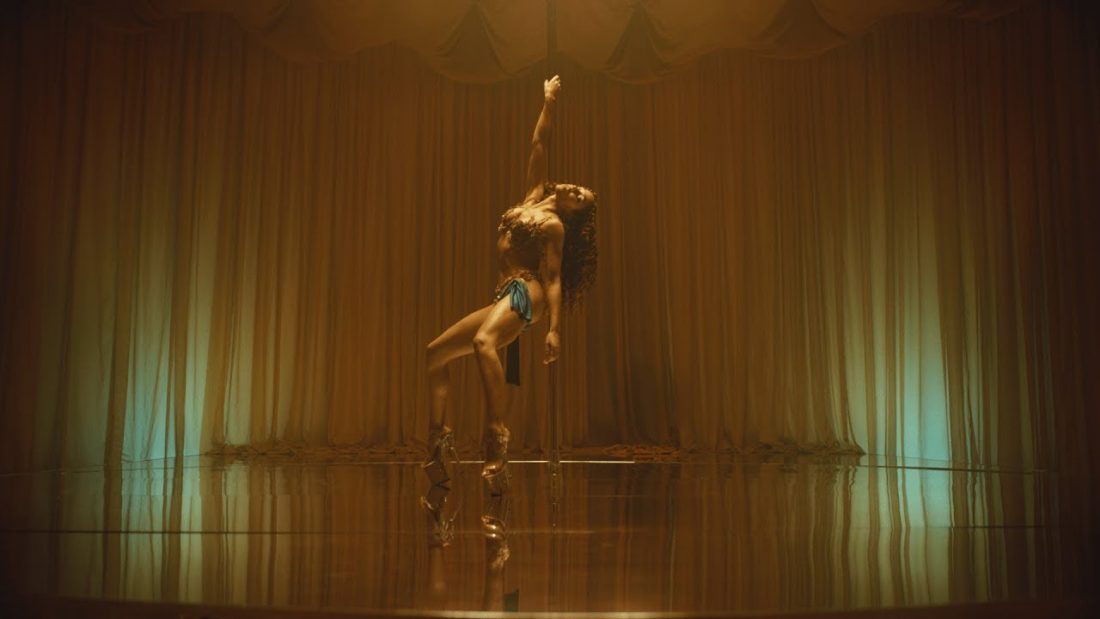 The Best Of The Decade: Our Top 30 Music Videos

The Fight For Animal Rights: Your Guide To Cruelty-Free Beauty