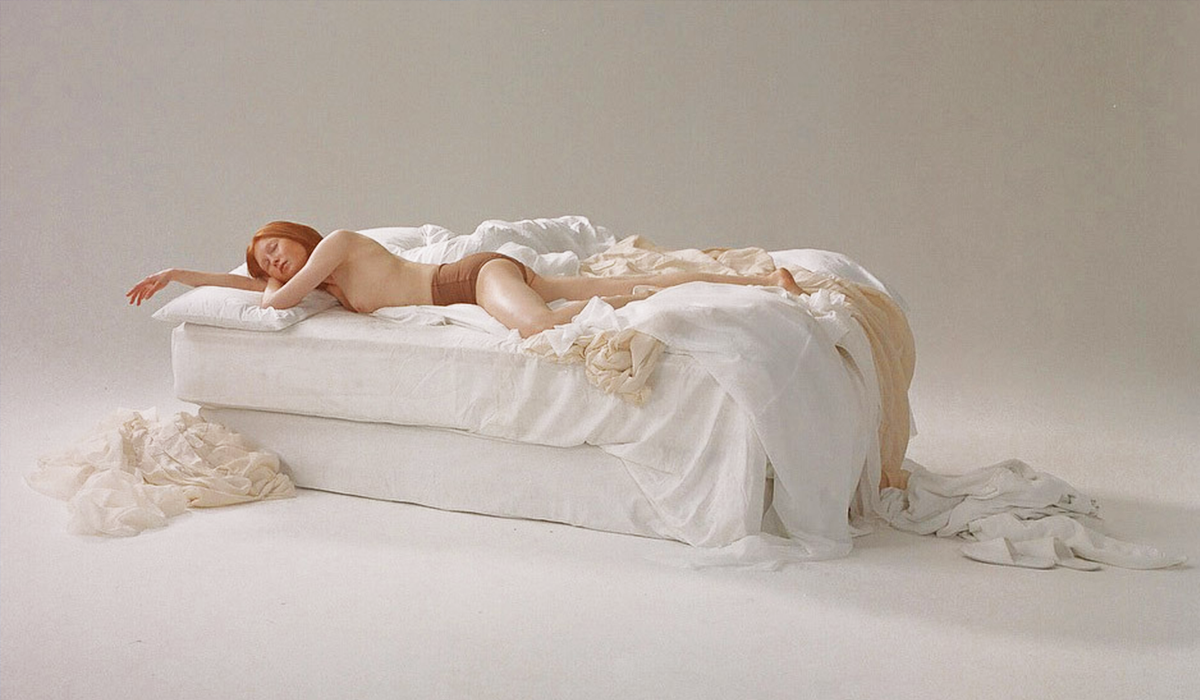 Mercury has recently finished retrograding through Scorpio, and I’ve just broken it off with the guy I’ve been seeing since June. Snow falls all night; it came early. The condos look like slabs of birthday cake.

We’re now in the depths of ‘cuffing season.’ This, as you probably know, is term used to describe the almost cultural practice of obtaining a part-time boo to cuddle away the winter with. Wine bars, chunky sweaters, ice-skating rinks, red heart emojis. Phone calls so good you have to get under the covers for them!  This is the utopian winter fantasy, the absolute ideal, and I could not be further away from the experience.

How am I doing? Well.

As it stands, I’m single. As in, not entertaining even a single person over text or DM. Like, single single. I’m trying to do something I’ve never done before, which is sit with myself.

It was my younger brother who inspired the idea when he said to me, over a bowl of spicy ramen, “Yo, it’s time to delete the shorties from the phone, bro. When’s the last time I wasn’t entertaining anybody? I don’t want to be just another codependent Libra.”

When’s the last time I wasn’t entertaining anybody?

The question jumped out at me. I had a hard time answering it. I’ve been jumping from situationship to situationship for the past couple of years, an endless conveyer belt of what I now see were just attempts to retrieve my worth from external spaces.

With the guy I’d been seeing, it was a messy ending. Not mean, but messy. We’d end things just to start back up every three or four days. Our toxicity resonated with each other’s toxicity. He was detached, but ever-present, in a way that was depleting, but so familiar. I know that ending it was a good decision (I’m breaking a pattern! I’m not entertaining superficial connections as a source of personal meaning!) but the sensation of pure loneliness that accompanies his silence is extreme and surprising to me. Surprising because I’d been considering myself to be above this sort of neediness. I’m not!

Can I blame the cold, the draft in my bedroom? A study in Emotion magazine shows that we as humans associate cold temperatures with loneliness—maybe that’s it. Or, it could be the fact that I’ve just moved out on my own for the first time? Things are strange and alien, perhaps I want him as a substitute for stability?

Cuffing season, as it stands, is harmless fun.

But what happens when you become wrapped up in the habit of avoiding yourself? What if you’re not even aware that that’s what you’re doing? Even after I made the decision to reacquaint myself with myself, I found myself itching for stimulation, something external that would give purpose to my day. I didn’t necessarily even realize the severity of the problem until I found myself happy after getting a text message from a dude I swore off over a year ago.

Mercury is doing its thing, totally, but so is my lack of belief in my ability to be enough all by myself.

I’m learning to love my solitude this winter because when I love my solitude, I’m not desperate for anything to come along and replace it. Discernment becomes easier because I’ve given myself time to understand what I truly want and what my standards are.

It’s been said that there’s a difference between being alone and being lonely. I believe this is true, but we often forget that knowing how to stand solid in our solitude comes only after we allow ourselves to experience solitude in full. Only then can we see that solitude is nothing to fear or run from, but simply symptomatic of deeper neglect: self-neglect. It’s a practice, learning how to be playful in the pit of ourselves. When we make the choice to detach ourselves from ongoing, vibrationally low connections, we’re sometimes confronted with a sense of loneliness that might have us running back to the situation if we are not aware of what the loneliness signifies. The loneliness that springs up inside of us when we’re alone is not proof that we’re not enough. All it means is that we need our own affection first.

This winter, I’m cuffing myself and I mean it.

I’m reminding myself that I’m alive and I deserve my attention.

In periods of solitude, I invite new activities into my life:

Light candles and incense. Infuse warmth into my space. I play very sad music, which might seem non-helpful, but it’s wonderful hearing a song that lets you know that your feelings have been felt before. Emotions are a common human experience. I listened to “Over” by Baby Rose almost constantly when I was deciding to move on from the situation that I was recently in.

Watch movies full of gorgeous visuals. A favorite of mine is Wong Kar-Wai’s In the Mood for Love.

Journal. When I’m feeling difficult emotions, I love to take 15-20 minutes just to document those feelings—only for myself. It helps to relieve the intensity.

Take walks. It’s truly grounding to be outside and let myself notice small things: the blue of the sky, strangers carrying flowers on the subway, babies being walked in their strollers.

Turn off my cellphone. This one is huge! I love blogging and communicating online, but I make sure to give myself a day or two each week to go off the grid. No pressure to reply to texts, keep up with stories, or messages. I let my friends know that I’m having a me-day. It’s always so refreshing.

When I am brave enough to find beauty in solitude, I’m letting myself know that I’m enough. I don’t have to look for people to fill the silence—instead, I give myself permission to reawaken the child in me. When I was a child, I knew how to daydream and play and laugh and wonder.

We’re all just animals with crazy insides. Instead of itching for my cellphone or checking who’s texting me (which I’m still guilty of), who’s missing me, or what I’m missing out on, I allow myself to fall further down into whatever murky emotion is making me squirm. Not to remain in the murkiness, or to use my negative experience as an identity or self-descriptor, but simply to find out more about it. Where does it end? Where is the floor of the feeling? What are its biggest inspirations? When I feel lonely, what stories pop into my head about myself? Am I entertaining negative narratives?

No more bonding out of a need to escape myself.

Allowing myself to feel my loneliness and create with it.

I take myself across the street to the café, order blueberry cheesecake, and allow my time alone to be full of playfulness and productivity and rest. And I’m taking my time with everything that’s in my heart.