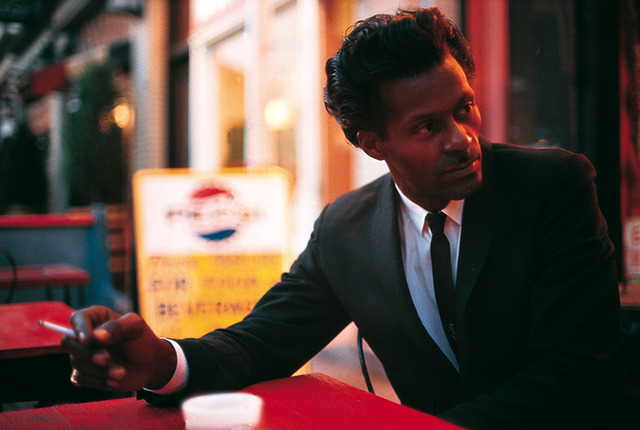 The month of June is not only a midpoint in our yearly calendar, but also the official annual celebration of Black Music! So what better time to reflect on the history of the Rock ‘n’ Roll genre – and its major origins within Black culture.

Recently, I was scrolling through a vintage film account on Instagram and was reminded of Quentin Tarantino’s Neo-Noir film, Pulp Fiction (1992). This was through a video of the famous dancing scene of Mia Wallace (Uma Therma) and Vincent Vega (John Travolta) in an American diner. Despite Vincent reluctantly wanting to participate in the dance contest, Mia’s charm (and ownership over him) lures him into a seductively liberating, barefoot dance – and this to an iconic Rock ‘n’ Roll song by Mr. Chuck Berry no less.

Formally known as Charles Edward Anderson Berry, Chuck Berry was an American Singer-Songwriter and guitarist born in St. Louis, Missouri in 1926. He is known as the “father” of Rock ‘n’ Roll, which later developed into rhythm and blues, widely known as R&B. With Berry’s song “You Never Can Tell” (1964) featuring in the cult classic by Tarantino, the legacy of his music lives on today for audiences to resonate with all over the world. But in these moments, it’s worth for us to acknowledge the power behind Berry’s daring approach to music, which influenced the likes of The Rolling Stones, The Beatles and other contemporary Rock ‘n’ Roll musicians alike.

Chuck Berry’s voice is fused with rhythmic confidence. He articulates lyrics inspired by everyday ventures, with a western-country tone, which pairs perfectly with the speedy collisions of drums, bass, guitars and pianos – harmonizing together in space. Through his distinct lyricism, he engages us into a cinematic mode of story-telling, as he relays his experiences as a young male in 1960’s America. For instance, one of his first recording sessions led to the birth of his song, “Maybellene” in 1955 – which scored a place in the top five songs of its time. There is a velocity surrounding Berry’s music that transcends through our speakers and fuels our bodies with a spirit – that can not help but dance. This in itself is a commonality within music created by black musicians, especially considering genres such as R&B, Jazz, Calypso, Funk, Gospel, Reggae, House, Detroit Techno, Hip-Hop, Ska, Samba – and so on, all of which originated within black communities.

It’s interesting to consider how the humble Chuck Berry, who was raised in a working-class neighborhood, led to becoming a founder in one of the most popularised genres listened to around the world. A recent study, which observed the popularity of music genres in the US showed that Rock was the most popular genre with 56.8% of the public enjoying it. Therefore, a homage is inevitably in order for Berry. His early exposure to music through being part of the choir in a Baptist church led to him producing music, which has gone on to inspire listeners, musicians, and even the creation of future genres.

Understandably, it’s worth mentioning that Rock ‘n’ Roll may not be everyone’s go-to. As the stat above proves – 43.2% do not share the greatest interest in listening to it. However, in the spirit of Black music month, I dare you to embrace the cool, flowy and rhythmic nature surrounding some of Chuck Berry’s Rock ‘n’ Roll classics. Discover Johnny B. Goode, Roll Over Beethoven, House of Blue Lights, School Day and enjoy a twist-enthused dance to You Never Can Tell!