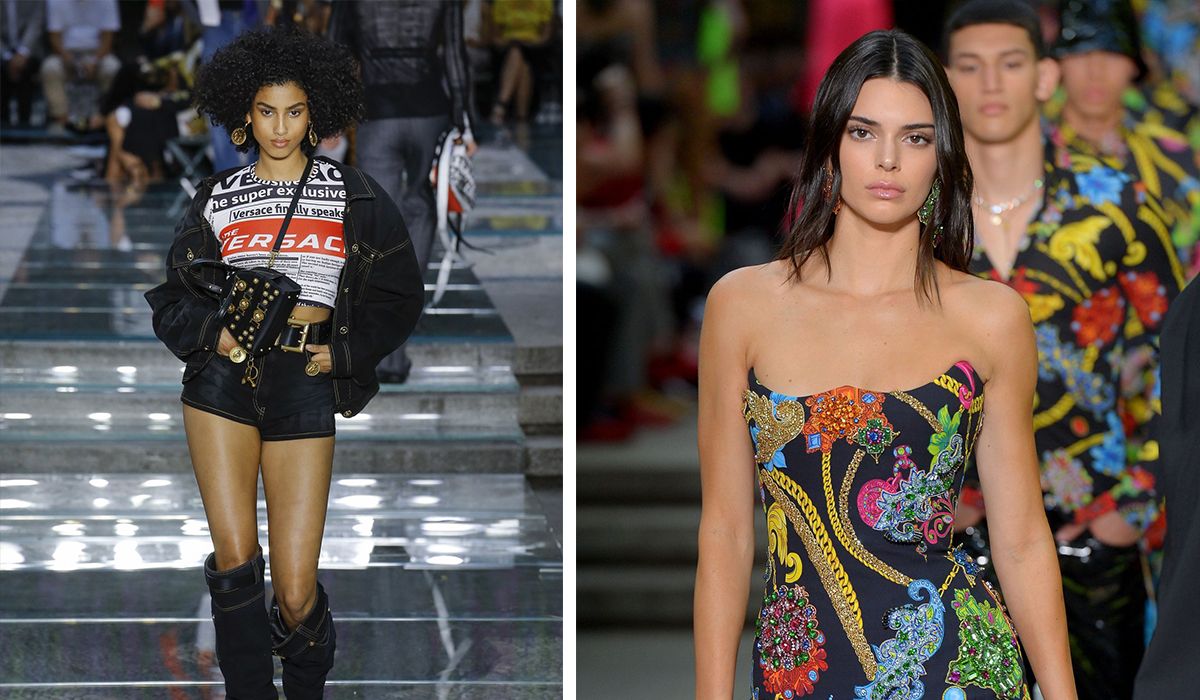 Are you an outgoing introvert? Check out our list!

It was an understandably overwhelming week for the fashion world. From the runways of Paris to Milan, it’s safe to say we had all our fashion needs met from thought-provoking statements, to aesthetic goals … and even tears of joy for the occasion.

One of our ultimate highlights was, of course, the moment Virgil’s accomplishments had truly hit him, following his much anticipated debut for Louis Vuitton menswear. The models had just finished their walk,  as he came out to take his bow, and found Kanye West, his longtime friend and creative partner. As he embraced West in a hug, then buried his face in West’s shoulder – he was understandably overcome by emotion (we’re weren’t crying, you were). What remained certain from the scene was that however you may be feeling about Kanye and his ill-considered remarks in recent news, this surely made for a poignant moment in fashion history — notably for the brothers. After fighting to raise the standard for diverse casting in fashion for one, along with his recurrent urge to have fashion audiences confront the politics and representation of the other ( see his SS18 OFF-WHITE show for some reference) it was a long time coming – and one which marked an accomplishment that he would have hardly envisioned a decade ago. And as musicians/fashion designers such as Rihanna and Kanye West were on the front row to take in the Off-White founder’s spring ’19 collection for the luxury French fashion house – we had a complete coup-de-coeur for Riri’s striking all-white ensemble, complete with a loose-fitting jumpsuit and pointy white pumps poking out from underneath.

The OFF-WHITE’s SS19 show itself was held in Paris this morning at the Théâtre National de Chaillot. Titled “JIM STARK” – Abloh’s signature air quotes referenced the most enduring archetypes of the teenage American rebel, the lead character from 1955 film classic Rebel Without A Cause alias James Dean. The essence of the icon, who lived too fast and died too young, was channeled throughout the collection, incorporating his uniform of white T-shirts, worker jeans, and red Harrington jackets. As such, the collection was denim-heavy; all cut up and remastered. Alongside jeans came the Off-White staple, the logo T-shirt, many of which sported the face of another iconic provocateur, Bart Simpson. “Yeah, the rebel without a cause! Bart Simpson is s the face of that spirit – ‘I’m Bart Simpson, who the hell are you?!’” Virgil had laughed, describing this show as “an ode to the teenager”.

The show was also dedicated to a different type of rebel: influential graffiti artist Dondi White. The artist was a key figure in New York’s downtown scene, known for his bright, dynamic street art, the most notable of which was his three subway car-long piece, Children of the Grave. “I didn’t go to art school – I learned from Dondi. I was retracing the sketchbook and these New York City trains that he were painting with Prismacolor markers.” The hand-painted coats in the collection were a reflection of this inspiration. In 1998, White passed away at age 37 from an AIDS-related illness. Abloh explained on Instagram that the show was “channeling ‘DONDI WHITE’ and the golden era that made our now.” With such references infusing the entire collection, it becomes clear that in his curator-meets-product designer way — Virgil sought to deconstruct the style clichés of the American rebel for SS19. His reappropriation of classic rebel style — white T-shirts and blue jeans — have become an emblematic reminder to their fashion roots, ultimately belonging to the streets. And for a designer working within the context of a fashion industry that has been rebelling against itself for some time now, such amalgamation of codes of luxury and streetwear couldn’t have come soon enough.

@off____white show & set design inspired by those crazy summer NYC nights when it’s just as sticky hot at midnight as it was at noon. thugs and skaters hanging out with the rich and elite in mini urban parks. channeling “DONDI WHITE” and the golden era that made our now. I ❤ NYC. show streaming live on www.off- – -white.com ~ link in bio

Now for Milan FW, the shows were also nothing short of spectacular. With Prada SS19 Menswear bringing us a series of tailored jackets presented in symbolically Prada-esque hues (some which were very AW17 menswear it seemed), the pieces were layered over long-sleeved tops bearing trippy, and almost psychedelic prints – actually recalling SS17 womenswear in fact. So much so, that the 60s-style tennis t-shirts, paired with bootcut trousers in bold red, navy, and bottle green were not the only features to have left us in awe this season; as the pièce de résistance itself went to the barely-visible shorts that completed many of the looks. As some were presented in stonewashed denim, others in 60s-inspired geometric prints, it had been noted that Miuccia described them backstage as being “like mini skirts”. Well, whatever they are, it surely seems that the ladies are not alone in liberating their legs this summer.

Versace SS19 also gave us life, but not for the reasons you think. For NBGA, it was actually the women’s pieces that caught our eyes – as Donatella presented her latest collection at the city’s extravagant Versace Palazzo, with its orchid-covered ceiling and polished marble floors. And as with previous menswear shows, it wasn’t just about the boys. Fast becoming Donatella’s go-to girls, Bella Hadid and Kendall Jenner made an eloquent return to the Versace runway this season, each wearing a tiny mini-dress. Kendall’s featured the floral print seen throughout the collection while Bella’s was adorned from sultry black leather – so we’re basically ready to up our wardrobe game this summer and take that trip to Italy.