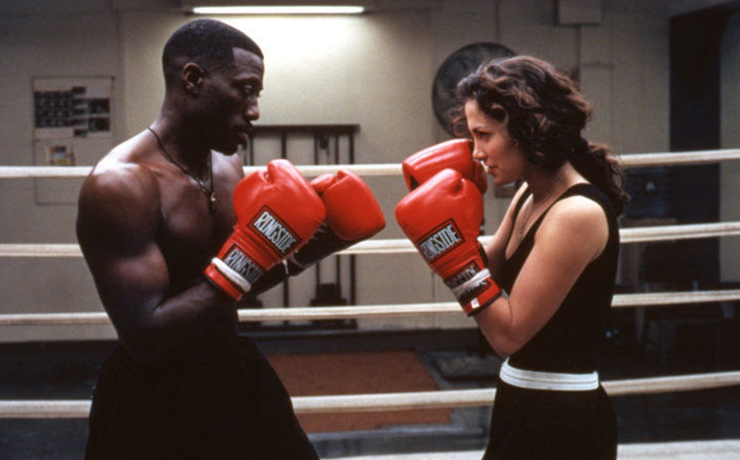 Two months into 2021, NBGA wants to check in: have you started your New Years resolutions? New Years resolutions are exciting because they’re brimming with possibility, hope, and the romantic nature of what this next-level you will feel like when actualized. So how about in 2021, instead of being hard on yourself if you still don’t know how to start on your resolution, we instead look at what it takes to stick to a goal, achieve it, and what the stakes are.

Self-discipline doesn’t have to be daunting, and just practicing it can actually bring us the productive self-growth that surrounds the entire point of New Years resolutions in the first place! Capricorn season is all about consistent and efficient effort put towards a larger goal, which is around the time we set our intentions. Now, in dreamy Pisces season, it can be the perfect time to begin bringing your goals to life.

The key to self-discipline, at least in my own experience, is focusing on the post-completion euphoria. And I’m not talking about completion of the entire goal; I’m talking about completion of a small part of it, every day. My New Years resolution last year was to enhance my French speaking skills. I’d previously studied French in high school and for one year in college, but still was not able to speak comfortably. This goal is a lofty one, but my saving grace was starting small. I downloaded a French skill app and thanks to their streak feature, was reminded to practice just ten minutes of French every day. Seeing the little flame pop up next to growing number of days I had practiced, no matter for how long, was what I needed to make it a priority, because when you see your progress right in front of you in such a stark way, it starts building up your confidence in your ability to achieve the goal itself. I’m currently on day 367, and je suis contente.

Looking to mark your own progress? Take pictures, mark a calendar or journal with what you’ve practiced per day, and make your goal your hobby! Remember hobbies? Productivity geared towards self-fulfillment? It seems we only exclusively prioritize the former in that sentence. Let’s change that.

The thing is, if I had stared down the entire French language on day one of my resolution, I would have bailed. It is very necessary to cut every task down to bite-sized increments made for every day. Why don’t we opt for this option? Because we want to be good at everything immediately. We’re discouraged by the enormity of new skills, tasks, and ideas, when really every new endeavor is a new language to learn, word by word. Once you give yourself room to grow without expecting the world from yourself right at the outset, you’ll find yourself moving about within the new thing more comfortably, and actually reaching milestones within the goals you’d previously think were too enormous.

One single word multiplied by three sixty-five means way more than a two hour French study session in one day, because the latter would have definitely discouraged me from ever doing that again. There has to be enjoyment in the process, because otherwise it’s not seductive anymore. Stop thinking of it as homework. The point of resolutions, of goals, is to enhance our abilities in something we know we’ll enjoy even more deeply if we get the hang of it. Once it starts becoming work, it becomes an obligation in the mind, and the case is closed.

So, how do we train ourselves to move from the obligation state to the willing self-discipline it takes to actually practice the things we tell ourselves we’ll enjoy? Think of this quote from Diana di Prima from Revolutionary Letter #1: “I have just realized that the stakes are myself.”

Eckhart Tolle tells us that the ego wants to want more than it wants to have. Meaning we have much more fun thinking about the things we desire than when we’re in the process of getting them. Practicing does not stroke the ego. But what has the ego ever done for us? Separate judgment from your efforts and think instead about how you’re being intentional with your energy. That in turn becomes sustained nourishment off of tasks you practice, day by day, to get closer to embodying the energy you imagined on New Years Eve. Whether your goal is to exercise more often or learn how to cook or save up in order to make a substantial purchase, become consciously aware of the concerted efforts you make, every day, to achieve it. Allow yourself to be proud of small steps, and actually complete them by reminding yourself of Diana di Prima’s words. The stakes are you, yourself.

Forbes recommends not falling into the trap of “waiting until it feels right.” Improving your self-discipline towards working on a goal will often times require a change in your routine. Don’t fight it, and don’t think about it for too long. Go to the gym in the morning, or sign up for the art class. The build up to the moment of arrival can induce anxiety, but, once you arrive in your new surroundings, you’ll realize that the hardest part is actually just starting. Once you’re in your designated space, even if that practice space is just a specified area in your home, you’ll actually feel inspired and comfortable and even further excited to explore the possibilities. This will become part of your routine, and routine will always enhance self-discipline. Make a conscious effort to implement small tasks for your goal into your schedule. If you stick to a schedule, the mind’s comfort in routine will take over, and benefit you.

Disciplining the brain involves knowing your weaknesses, removing temptations, and having an execution plan. Subtract distractions from your space, plan out your checklist, and avoid making space for everyone’s weakness: doubt.

Most importantly, with any resolution, it’s necessary to remember to forgive yourself for not being great at the start. Every practice is still a rough draft that can be enhanced over time, or just left as is as an experience in itself. If you’re willing to keep in mind your initial excitement at the prospect of a new year and all the possibilities of new experiences and skillsets, you’ll also remember that the saying is, “new year, new you.” It will take time. Don’t fall into the trap of making the timeframe a discouraging factor. There is no deadline, but there is a starting point, and it’s up to you to make room for it.

There’s an art to being single, and we have the rundown on it right here

Being present in your body is a radical practice, and here’s how you can start