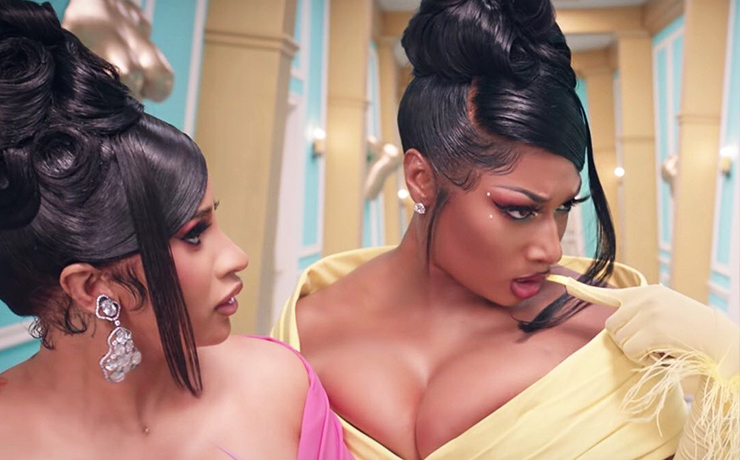 Flo Milli’s ‘Ho, Why Is You Here?’ is turning every head in the rap game

Cardi B and Megan thee Stallion joined forces for a steamy new single “WAP” that’s perfect for ushering in the end of a socially distanced Hot Girl Summer.

If the acronym is still a mystery to you, take a second to listen to the NSFW version on your preferred streaming service to fill in the blank. It’s super sex-positive and opens up about the rappers’ personal preferences — we’ll let you explore the rest!

The ladies announced their first collaboration by dropping the cover art, which showed them back to back, tall beehive hairstyles adorning their heads and their tongues out. Their hoop earrings spell “WAP” and instantly the hair and acronym recall the 1997 campy classic B.A.P.S. starring Halle Berry and Natalie Desselle (the title of which refers to the stereotypical descriptor Black American Princesses). Many fans had been anticipating this moment to see two stylish, self-assured performers tag team on a track.

Prior to the song’s world premiere, Cardi and Megan led a live session on YouTube where they expressed mutual admiration as artists. The release was met with widespread online reception and discussion on the looks, the verses, and the sex appeal. Directed by Colin Tilley, the “WAP” visual follows the artists as they curiously explore a surrealist funhouse mansion, being led to temptation. At the same time, Cardi and Megan implore the listener to learn more about the things they find pleasurable with each lyric — their monochromatic looks and ostrich feather opera gloves only add to the dramatic flair.

The Lil Kim influence is palpable, between the animal print bodysuits, matching colored hair, and pasties. With “WAP,” Cardi and Megan follow a tradition of female performers who laid it all out on the track by asserting their sexual autonomy and tantalizing the imagination — from Missy to the Queen Bee to Trina and beyond.

Rappers like Mulatto, Rubi Rose and Sukihana made cameos as some of the women waiting to be discovered in rooms at the WAP mansion. All of these performers are similar to Cardi and Megan in both their brazen fashion choices and bold lyrics. Singer Normani also gave the girls a performance they couldn’t keep their eyes away from, while wearing an ensemble that nodded to 1990s Alaia (that maximalist houndstooth print is a classic). Styled by Kollin Carter and EJ King, each outfit in the video was a new, sultry inspiration for one’s personal boudoir.

We’ll be keeping our eyes peeled for the behind-the-scenes look into the fashion, glamour, and those green screen effects! Watch the WAP video here.