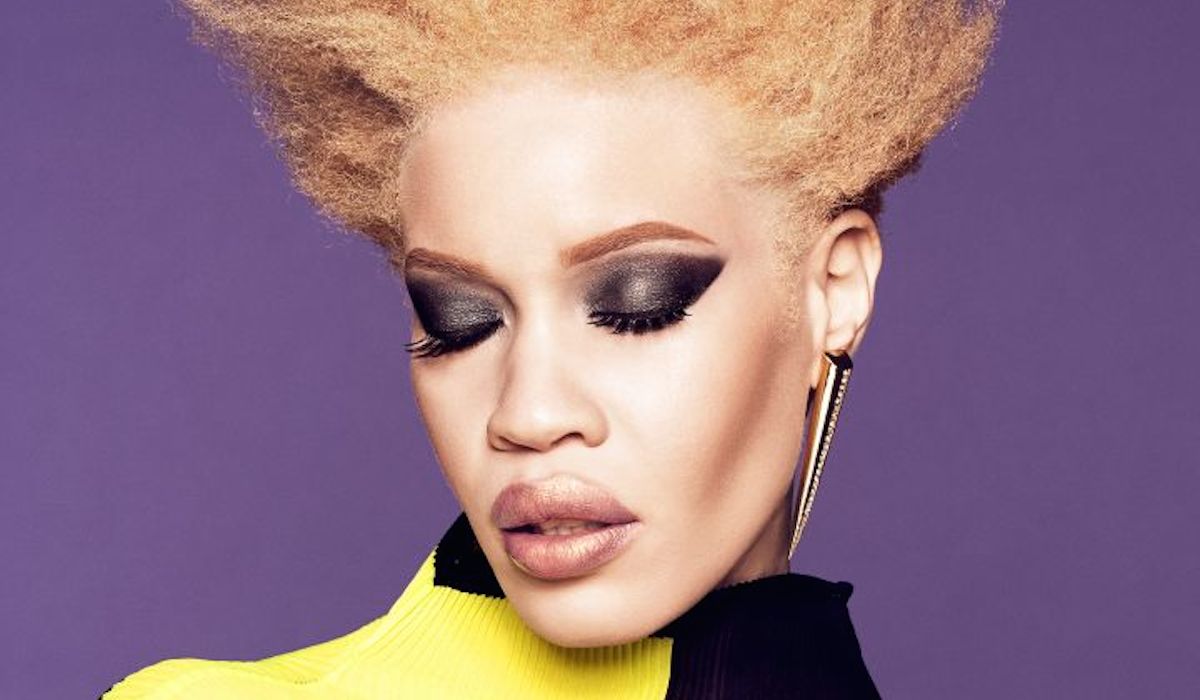 There’s never been a better time to celebrate our bodies just the way they are, with cellulite, stretch marks, and all sorts of unique traits. Though many of us grew up worshiping classic supermodels like Cindy Crawford and Naomi Campbell, seeing the same type of perfect woman over and over got a little disheartening after a while. In college we’d gather around, bingeing on pizza and chips as we watched the annual Victoria’s Secret Fashion Show, in awe of their flawlessness. Perfect hair, perfect bodies, a parade of conventional beauties strutting down the runway.

The issue isn’t with these particular models, but rather that it took so long for mainstream media to accept that there were other, less “conventional” beautiful people. Until they did, average girls were comparing themselves and questioning their worth.

Finally, a movement to embrace everyone, even the most unconventional beauties, has begun. And we’re grateful that young women will grow up in a society that celebrates stretch marks and bushy brows.

Now, certain corners of social media are a safe-haven for unconventional beauties, who are far more relatable to the average girl scrolling on Instagram. It’s so refreshing to see people who look like us, maybe have similar characteristics as us, and have a unique story to tell.  There are many inspirational accounts on Instagram, but here are some of our favorites who represent a multitude of women in the 21st century.

Slick Woods We’ll start with the model who recently gained notoriety for walking the runway at Rihanna’s Savage x Fenty show during New York Fashion Week while pregnant. Even better, just hours after Slick Woods strutted down the runway in pasties and Rihanna’s lingerie, we found out she was actually in labor and gave birth right after. Slick Woods isn’t just an inspiration because she looks slightly different than mainstream runway models, she’s also a badass reminder that women can do anything, even when they’re about to pop.

Body hair is a big point of contention for a lot of people now that more women are simply done with removing it to fit in with societal norms. Not to mention the time, money, and pain that comes along with hair removal. Though it’s an extremely personal choice, many people don’t understand why women are growing their hair out, and are therefore criticizing it. There are many women proudly showing off their body hair on Instagram, but a few stuck out to us.

Take one look at Sophia Hadjipanteli and you’ll understand why she’s considered the founder of the Unibrow Movement. The young Instagram star’s jet black unibrow is striking, especially against her bright blue eyes.

Sophia’s decision to stop waxing and plucking wasn’t necessarily a deliberate attack on societal norms, as she explained to Vice. Instead, it was just a matter of preference, her style had always been a little quirky and she liked the way her grown out brows looked. Her simple decision has transformed into an act of bravery and fearlessness since she now deals with constant criticism and even hate mail.

Even if some people can’t handle Sophia the way she was born, we’re grateful that she’s taken this stance and proven it’s acceptable and even chic to rock a bold unibrow.

Harnaam Kaur Next, we have another woman who stood up to societal norms regarding body hair, but her fight is even more so against gender norms. Harnaam Kaur is a model and activist who has been sporting a full beard since she was just 16-years-old.   Her beard is a result of polycystic ovary syndrome, or PCOS, which is a hormonal disorder that affects thousands of women. Harnaam’s story is inspirational because she’s been able to advocate for all types of women, even when facing extreme bullying. Self-confidence is something a lot of young women struggle with, and it’s impressive that she’s been able to take all of the criticism and still flaunt her beard with pride.

It can be easy to fall into a negative thinking trap when it comes to exercise, especially for those of us who are easily intimidated by the sea of perfect bodies at your average spin class. For a little fitness-at-your-own-pace inspiration, we have Jessamyn Stanley, yogi and body positivity enthusiast. Jessamyn is a reminder that we can all be strong and beautiful, even if it takes motivation to get to that first class.

We’re constantly being bombarded with beauty products promising clear and perfect skin, and as a beauty writer and acne sufferer, I’m guilty of taking part in this nonsense. The fact of the matter is, there are all sorts of “imperfect” skin conditions and we don’t have control over many of them. Instead of trying to achieve perfection, it’s a much better use of our time to just accept our skin. We’re finally celebrating people with all types of skin conditions, from severe acne to vitiligo to albinism.

Diandra Forrest may be a model with albinism, but more importantly, she’s making history as the first model with the condition to be the face of a major beauty campaign. As a representative of Wet n Wild’s Breaking Beauty campaign, Diandra is the face of inclusivity that so many young people will see as they shop for the brand’s cult-favorite highlighters and liquid lipsticks.

It’s so wonderful to live in a time where women can be whoever they want to be. We can express ourselves freely and proudly take a stance against bullying and the harsh criticism that comes with being a little different. To those leading the way, we thank you. And to those critiquing these beautiful women, get over it.