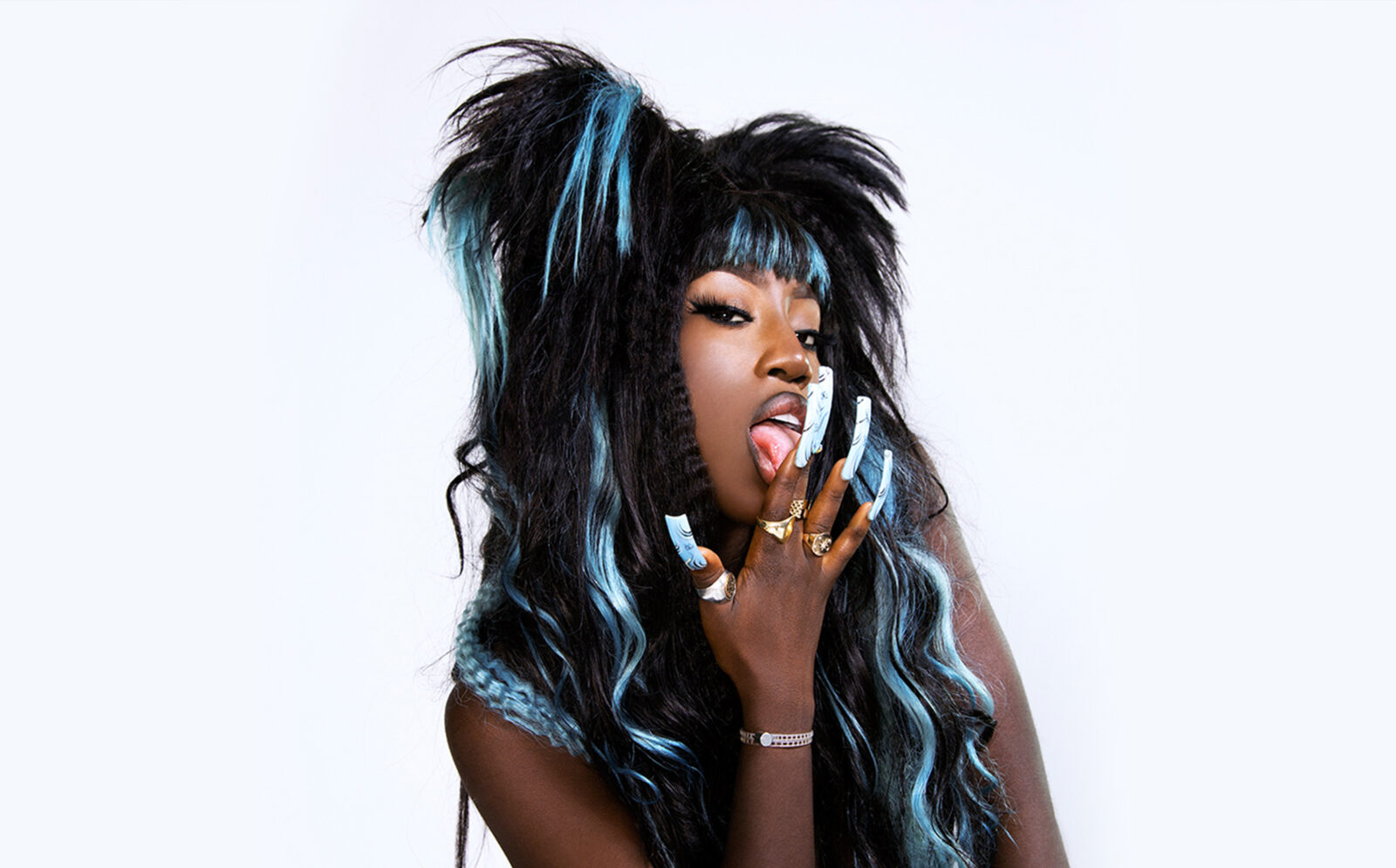 Known for her bold online presence, fans of the genre-mixing artist from Hackney, London were eager for this new project. Bree’s mixtape, 2000AND4EVA, blends pop, punk, rap, and island sounds — constructing a variety showcase bound to lure in an even bigger following. Bree’s range has got us hooked. The nine track mixtape is just about twenty-two minutes long and within it, Bree plays around with flows just as much as genres with transitions that make the tape feel like an explorative full length experience. The sonic energy is playful, high energy, and a true embodiment of the phrase FUTURE IS FEMME: all four features on the tape are from fellow female rappers.

Tracks 1-6 bring that up-tempo, punk/pop/rap self proclaimed “RNWAY jazz” that makes you want to dance and dress yourself up in acrylics, high shine lipgloss, tinted shades, and velour tracksuits. Then track seven pointedly entitled “4 NICOLE THEA & BABY REIGN” plays, giving us a break from glamour, boy drama and the celebration of dark skin in lines like “Pretty bitch, chocolate, like some Düsse / And I stay on his mind like a toupe” off of “ATM.” As she repeats, “Just for a minute let me say how I’m feeling,” the song encourages finding hope in the pain of grieving. Runway addresses the issues of childbirth that come with black womanhood dedicated to the tragic passing of YouTube star, Nicole Thea and her child Reign. This track was a heavy shift in the mood of the mixtape. It followed by the angsty “NO SIR (Freestyle)” for someone that just need to rage a little. Even though the overarching feel of the project is fun, carefree bad bitch energy, the inclusion of tracks seven and eight add a layer of complexity to the project as a whole.

Not only is Runway making a case for her artistry, she is making a case for the 2000’s. That era was the pinnacle of pop culture for our current generation just as the 90’s was the golden era for the generation before us. You can hear the references in 2000AND4EVA from iconic artists that bring us back to specific times in our youth like Lady Gaga, rapper Lil Wayne, and the all-around innovative force of Missy Elliot. The introduction track “APESHIT” sounds like it was produced with Missy in mind — even the visuals paid homage via the shades and fisheye lens shot that Missy once popularized. “Damn Daniel” blends an 80’s dance feel with 2000’s Internet references such as the exhaustion of Instagram dating and the “Damn Daniel” viral video. It plays to our never-ending need for nostalgia in a way that isn’t copied and pasting the sonics of the past but remaking it into something new and refreshing. It is as if the 2000’s will live on forever through the influence it has given artists like herself. With this mixtape as her debut, her influence is anticipated to live on just as long.