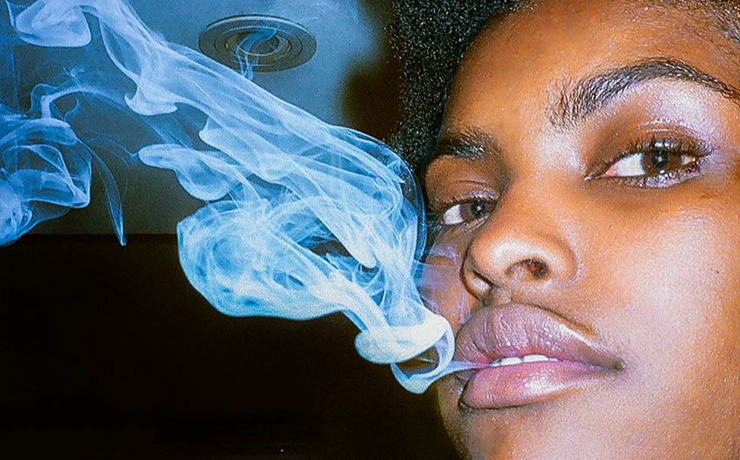 Although the current global socio-political climate is far from one of glowing sunshine and rainbows, sometimes what we need artists to offer us is a momentary doorway into another realm. Shooting global supermodels such as Kaia Gerber and being the man behind the camera for Brandy Melville ads as a teenager, 19-year-old photographer Brent Mckeever has been able to create his own saturated fantasy world filled with sex, girls, money, indulgence, and glamor, immersing us in an alternate reality that both celebrates and critiques the metropolitan high-speed and hyper-sexual lifestyle of the high class and luxurious. NBGA had the chance to talk with Brent Mckeever about his beginning in photographer, his advise to up-and-comers, and how he’s creating his own dreamworld through his photos.

Describe your start in photography. When did it become your passion project?

I’ve always really been creative ever since birth. I was always doodling Bratz dolls and looking at girls when I was little trying to find creative outlets. My parents always thought I would be a designer or something in the business world, which, obviously did not work out. I started out shooting with my friends for fun. I knew I wanted to take photos, but I didn’t fully know that then. I always had an appreciation of beauty and girls. When I was around fifteen, I just started taking pictures of girls in the city. And looking back on it now there were a lot of photos I don’t condone now. I was really out here with my friends taking these really insane photos on the beach. But I think it was just an expression of how we were all really feeling because we grew up in a culture that exposed us to a lot of taboo things early on in our lives.

How would you describe your style?

I’m trying to build this fantasy world. A world that focuses on girlhood and growing up in a culture of materialism and excess. I’m obsessed with the archetypes and stereotypes that we have in society. For example, the hot it-girl that is usually always blonde. It’s very stereotypical. And you can say that stereotypes are bad, but sometimes I think they’re funny, and it can be kind of fun to poke around at. Because there is truth in some of it.  I juxtapose a lot of the bright colors and childlike aesthetics with a very gritty and adult take on things. My work is a very naughty high school fantasy come to life. A lot of my work stems from fantasies and experiences I had in high school, but just exaggerated on a larger scale.

Where do you get your inspiration when it comes to your projects?

It always depends. I like to walk around and listen to music. I get inspiration from music, a large part of my work is inspired by music, just simple lines, and energy, especially hyper-pop music like Slayyyter and Charli XCX. I’m so grateful to be like working with Slayyyter right now because, a few months ago, I was a huge fan of hers. Her lyrics in songs like “Mine” or “Hello Kitty” inspired many shoots of mine. They reminded me of this Barbie world. Essentially, I pull from everywhere. For the Halloween shoot with Olivia O’Brien and Isabella Jones, I was really inspired by horror movies from the 80s with the classic hot girl that gets killed in the first 30 seconds.

How does social media play a role in your work?

I love the way I format things on Instagram with the slides because it allows me to tell this cinematic story and give more context to the world I’m building. You don’t know what’s coming really, so every slide is a surprise. And that’s something I’m really trying to incorporate in all my work, as I shoot I think to myself, “How will I lay this out on Instagram?”

Are there any photographers that you look up to?

David Lachapelle is one of my biggest inspirations. What he did that I like to take note of is he brings people into his world. That’s something that I’m trying to do as well through my work. I’m trying to build my own world and my own narrative and to expand on the narratives of LA and New York culture.

If you could choose, which shoot is one of your personal favorites?

I would have to say “Recess (2020)” just because it’s a concept that I had had in my notes for a year. it was just something that was on my mind, and every one of these pictures I had I had already envisioned. I knew exactly how it was going to be executed and It was very satisfying to see it play out well. That was one of the first shoots that people really saw and understood my vision and it was really nice for people to resonate with what I was trying to get out there. It was also really fun working with people that I had grown up with, in high school.

What’s one of the biggest misconceptions people have about you and your work?

People think I’m always like living this type of socialite Paris Hilton lifestyle because of how I present myself on social media. I have built this world around me and this “intimidating” energy with my posts but it’s not really who I am. I think a lot of people believe that I’m glorifying this lifestyle when really I’m critiquing it. For example, my Dollywood shoot got a lot of backlash for the photoshop but my point of that shoot was to critique the glorification of plastic surgery and ‘skinniness’ in our culture.

How do you exude sexuality in your work?

I was exposed to that culture very young especially as a young gay person. I think a lot of the LGBTQ community finds themselves experiencing sexual stuff, a lot earlier, or just a lot more intensely. I tried to reflect this type of experiences that I had at a young age, but without being so vulgar, in a sense. My work is like putting on a costume, I have all these new identities and new types of dream personalities going on in the photos. There are people that love my work for its aesthetic and beauty reasons. And then there are people who see what I’m really trying to do with my photos and understand that it goes deeper than just, a pretty girl with the “perfect” body.

What advice do you have for young photographers?

Don’t get too caught up with trying to find inspiration. Obviously, look for inspiration, look for references, look for photographers, artists, and directors that inspire you. But don’t try and fit some mold of current trends that are going on that you think is gonna allow you to break into the photography world. Think about your surroundings, your environment, and try and build from there. Because I think that the best art comes from your personal experiences.

Overall, Brent Mckeever succeeds in bringing us into a world filled with sex, drugs, and alcohol with every project. His highly saturated colorful outlook on taboo things allow us to forget about the boring lives we have, for once we’re able to escape and pretend that we’re apart of a culture that most don’t experience.