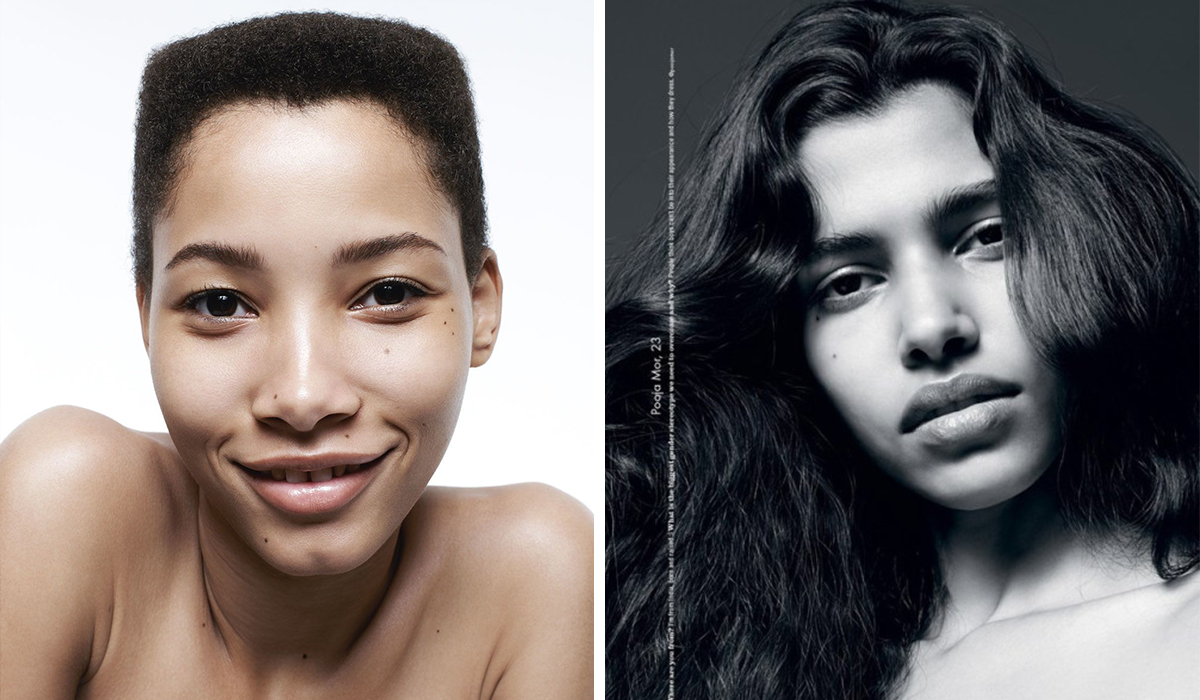 It was recently revealed that Indian superstar, Priyanka Chopra was considered ‘too dark’ to be crowned “Miss India World” in 2000. According to the book, Priyanka Chopra: The Incredible Story of a Global Bollywood Star a juror for the Feminina Miss India pageant had said that Chopra was ‘too dark’ to represent the nation.  This revelation sparked a great issue regarding colourism in South Asian countries such as India, Sri Lanka and Pakistan.  Why is it that these nations, home to beautiful, darker skinned women with diverse features, are not accepting of their own? Priyanka was not defeated by this prejudice and was crowned “Miss World” later that year. She has continued to make a name for herself as an actress and is the face of many luxury brands.

Although many South Asian countries strive to achieve uncompromising beauty standards causing many young girls and women to be obsessed with lightening their skin or disliking their facial features, this diversity is sought after by many international designers and brands.  The fashion industry is ever-changing and evolving, allowing South Asian models to break into the mainstream fashion world. Beauty comes in all forms and diversity must always be celebrated. Many South Asian models are breaking barriers and creating representation for all the brown girls looking to make a mark in the fashion and modelling industry.

As a celebration of the changing fashion landscape, here are 5 South Asian models that have made a name for themselves in mainstream fashion:

Gill is a British-Indian model who was signed with NEXT Management at the age of 14. She made her runway debut in 2013 for Burberry at London Fashion Week. Gill became the first Indian model to be in a Burberry campaign. She was also the face of Abercrombie & Fitch in 2015 and has walked the catwalk for Kanye West and Dior.

Mor was born in Uttar Pradesh, India and started to do freelance modelling in Delhi. In 2015, Mor signed to Elite Model Management and debuted at Louis Vuitton’s cruise 2016 runway show. Mor has been on the cover of Vogue Italia, Vogue Arabia and featured in US Vogue, Vogue Paris and Japan. She has also walked the runway for Calvin Klein.

Janumala was raised in Mumbai, India and was scouted when she was 16. She was discovered through her Instagram profile. She had booked many shoots in India but once she was signed to Elite Model Management, Naomi opened the Matthew Adams Dolan runway show during New York Fashion Week. She has also modeled to American Eagle Outfitters and Nike.

Nair is a Kerala native and was scouted in Delhi. She made her debut during Paris Fashion Week for the Balenciaga S/S 2017 runway show, making her the first Indian woman to ever walk the catwalk for the fashion house. Nair has made runway appearances at Vetements, Mulberry and JW Anderson. She has also had impressive editorial appearances in Vogue Germany, W Magazine and Harper’s Bazaar US.

Kumar calls Bengaluru her hometown and quickly became a known fashion-week face. Kumar has been featured in campaigns for Christian Louboutin and MAC Cosmetics. She has also walked the runway for Bulgari, for their collaboration with Anamika Khanna.