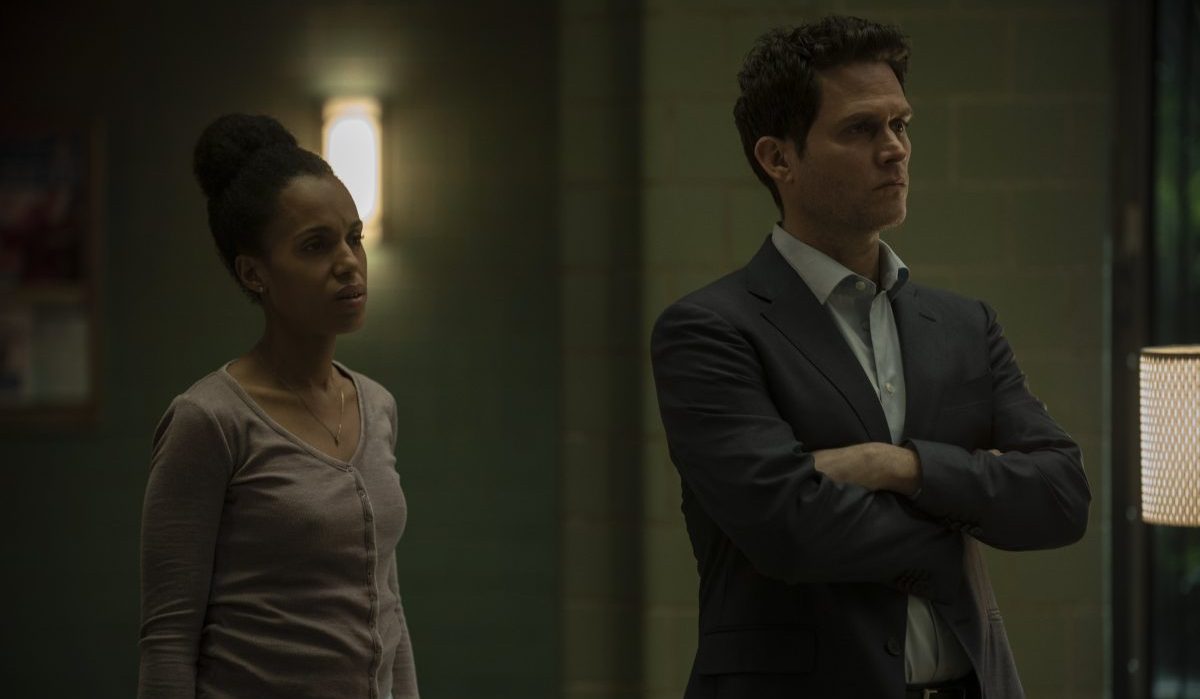 Policing in America, since the inception of this system, has been corrupt. The officers that enforce and abuse the law have rarely accounted for their actions in the criminal justice system – even with documentation of their crimes. From 1991 with the Rodney King case, to the current NYPD assaults in the MTA, police brutality is ever-present. The film American Son, dissects the actions and thought process of police, as well as the multilayered ways race affects their decision making on the job.

The trailer swept social media, leaving viewers counting down the days until its premiere. The Netflix film is an hour and thirty minutes long and is incredibly layered in its commentary on race and policing. Adapted from the Broadway production, it is set mainly in one room. By keeping it simple on set and in casting, the intricate subject matter balances out.

The movie follows a couple and their questions as they try to discover the whereabouts of their 18-year-old missing son. They are an interracial couple, a black wife and a white husband, which is intentionally not revealed to the audience or the other characters immediately.

Having such a small cast of four actors made for all of their characters to have integral roles in telling the story of this motion picture. Each of these five characters, one of which the audience never sees, has a different perspective.

Kerry Washington plays Kendra Ellis-Connor, the mother of the missing teen, who embodies the modern black liberal perspective. She comes from an impoverished single-parent household and changed her social standing by getting an education and earning her Ph.D. She constantly swallows microaggressions until they poison her mental health. Regardless of her achievements, she still feels the weight of how her race is perceived, and in turn, fears for her son’s safety.

Kendra’s husband, Scott Connor, is played by Steven Pasquale. He assumes the role of the white man who thinks he is progressive for settling down with a black woman but does not take into account how the world sees race. He believes that once everyone is in the same academic and financial space, the social playing field is the same for everyone regardless of race.

Lieutenants John Stokes, played by Eugene Lee, brings the perspective of respectability politics. He is the highest-ranking officer in the film and holds all the answers to questions about Kendra and Scott’s son. As a black person, he understands Kendra but differs from her in his beliefs. While Kendra believes that race, style of dress, or education should not influence the way you treat a person, the Lieutenant thinks otherwise. He finds that as a black person in this society you have to conform to acceptable social standards to be treated well. That includes, “speaking well”, “behaving around authority” and “looking presentable”.

Officer Paul Larkin, played by Jeremy Larkin, is the low-level cop tasked with keeping the couple at bay until the Lieutenant arrives. He captures the perspective of the white male who, though spews blatant racist sentiments, resents being called a racist. He holds the mindset of the stereotypical corrupt cop.

The one character left is the son. The question on my mind throughout the film was, Why didn’t they show Jamal? He is a critical part of the storyline and the audience never sees him, not even in flashbacks. I believe if there was a person associated with the name, the audience would feel more connected to the son. Who Jamal is and looks like establishes an emotional connection that is as important as learning the mindset of the officers when race is involved. The victims of police brutality often become martyrized and only known as a name or a case. Leaving Jamal’s physical presence out of the film shows how police brutality impacts the people who live on, the involved, the relatives, and the people that learn about the case.

American Son explores race in a different way than we typically see. The different perspectives are important in displaying all of the nuances when talking about race and policing, but that is not the only choice made to distinguish this film from other social issue pictures. Having an interracial couple was a good touch, not only to depict the reality of modern families but also was integral in getting white sympathy. By inserting a white man that is indirectly affected by police brutality, it allows more people to be emotionally invested. The film even flips this strategy by pointing out how part of the problem in this epidemic is that some people can only sympathize because he’s 1/2 white. Unfortunately, it wouldn’t have reached as many people if both parents were black.

The exploration of education and class also set this movie apart from the rest. Kendra, as a black woman, received higher education than all of the people in the film, the white people included. She is insistent on using a professional manner of speech, mentioning how it is okay for a white man to speak in country slang, but a black person cannot use colloquialisms. Both indicate lower status in the eyes of society, but in only one case can it’s use be perceived dangerous. With jobs as a professor and FBI agent, and gifting their teenage son a Lexus, it is obvious that the parents are well off and of the upper-middle class. Even with an academic career in prep school, a luxury car, and a college lined up, their son was still seen as a “thug” based on the color of his skin. This is where respectability politics becomes useless because skin color is the first indicator of danger for some.

The entire film had one set, a police station waiting room in Florida. The camera did not move out of that room besides a few infrequent flashes into the past. Much like the dark, gloomy, stormy weather shown from the large glass window in the station, the set and clothing design was kept neutral and grayscale. The color scheme matched the severity of the topics discussed and even foreshadows the concluding events.

It is not a bad movie for people that are interested in race relations. Netflix has it appropriately categorized as a “Social Issue Drama”. It just came across less like entertainment, and more as a statement on race and policing in America. It was well acted in all roles. Kerry Washington co-produced the film and took the lead role well, becoming the face of Black Twitter’s new meme (trust me, my ugly cry is 10x worse). Finding humor in serious and painful subjects is one of black people’s strong suits, but even the people that find it taxing to continuously consume entertainment on police brutality while dealing with it in real life can find this film was done with good intention – and is a must-see for all allies.