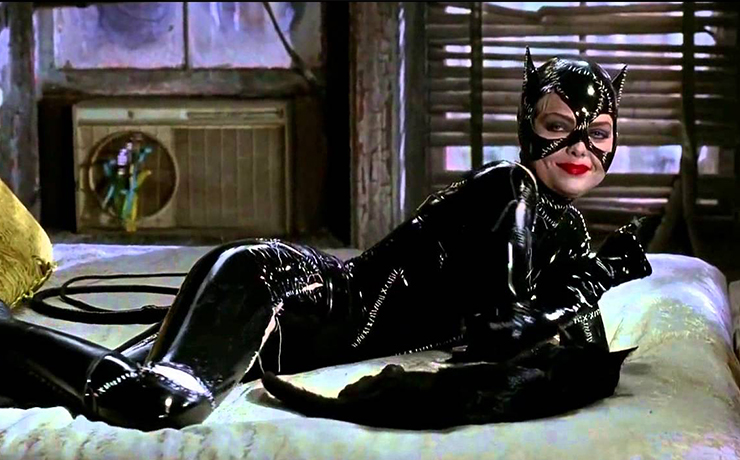 The DC Comic’s character Catwoman has held some of our deepest attraction to the enigmatic and powerful for decades. Our first appearance of Catwoman on screen is Julie Newmar in the TV rendition “Batman” in the 1960s. Following her shortly after had been actresses with equally magnetic and intense presences such as Eartha Kitt and expanded further to include Michelle Pfiffer and Halle Berry.

Zoë Kravitz will accompany Robert Pattinson in director Matt Reeves’ upcoming film The Batman as Selina Kyle or her nom de guerre, Catwoman. The role is not her first brush with the franchise. She previously auditioned for a small part in Christopher Nolan’s The Dark Knight Rises back in 2012, and was turned away as they didn’t want the production to “[go] urban”, a racially micro aggressive way of refusing her for her blackness. Despite her rejection she has successfully attained the seminal role of Selina Kyle.

In public discourse there has been an existing conversation on representation of characters from print to screen productions. The dialogue can be easily found in the comic sphere as characters and storylines have often undergone drastic transformations and renditions through such an image sensitive industry.

Characters can often take on an ethnically and racially diverse range of interpretations through mantling. Mantling can be defined as when a character’s titular role is removed and resumed by a succeeding character. When this is done often the social identities of the characters can change as well. In short, the role of Catwoman can be assumed by anyone, and it is one’s hope to be able to see her imagined across a diverse array of cultural identities.

To be able to see Zoë Kravitz don the catsuit after her racist refusal during her prior audition, is a more than satisfactory development. As mentioned prior, what is most important is that what is seen in Kravitz and the women who’ve taken the role prior is the idiosyncrasies of Selina Kyle.

Catwoman is enthralling beyond her questionable morale. For audiences, she is intended to be taken in as seductive, with a weaponized form of sensuality and feminine qualities that aids her in carrying out her anti-heroine agenda.

Catwoman’s physical presentation mirrors the enchantingly dark presence of the night she inhabits. The midnight black suit with an accompanying cat eye shaped mask has become her prevailing ensemble. The suit has become a symbol of assertion and dominance, and is meant to coincide with the performers who are chosen to personify such traits.  Zoë Kravitz’s costume designed by Jaquelin Durran will feature a modern take on the mask, with a tight fitted cat eared demi mask and deep scarlet eye shades. The suit, although more fit to be combative than what we have seen prior, does not forgo the trademark sultriness.

Such an essence finds itself reimagined and sustained through the black bodysuit. It is one of the most emblematic pieces in fashion. No matter the background to whoever wears it the message that is sent is one of power and self-assurance. In a world with pressing uncertainties and doubts many look up to those who seemingly appear to have it all together, despite if they truly do or not. The black catsuit is a way in which that sort of dominance and confidence is expressed, and viciously so.  Here is a look into some of the most captivating black catsuits that have graced media.