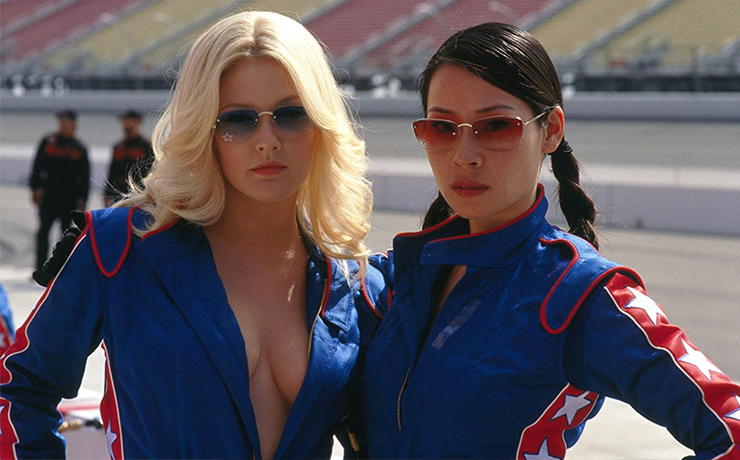 Amina Muaddi’s debut handbags are the epitome of playful sophistication

Nostalgia seems to be the current ringleader in Hollywood, as most movies emerging from every large studio appear keen on repeating the past’s lucrative promise. But are remakes a new concept, or has Hollywood always been nostalgic?

You don’t have to be an avid movie-goer to have noticed a significant uptick in movie remakes as of late. I mean, the studios running these re-dos certainly have the money to make for almost frivolous levels of advertising. And the reason seems simple enough: familiarity breeds interest, and film studios have decided to capitalize on this and pull back on newer, more uncertain experiments.

Has Hollywood run out of originality? Not exactly. Many movies are already based on books or comics, and Hollywood has always loved repackaging something old to make it new. It favors many of the same faces and their offspring, many of the same budgeting decisions, and many of the same lead actor descriptions. After all, Norma Jeane Mortenson was already a redheaded model before Hollywood made her more employable as a blonde named Marilyn Monroe.

But recently, this common repackaging of a once original concept has decided to take some of our most beloved movies, word for word, and copy and paste exact plotlines into “new” movies, with the only differences being casting and small tweaks to story delivery. Other remakes believe the storytelling is already done due to sheer proximity to it, and instead splurge on flashy action sequences and popstar-led soundtracks – and of course, those few oh-so-“relevant” unfortunately wince-worthy one-liners.

The largest budget renditions of this were first recently seen in the form of live-action Disney movie remakes. I remember the first one being a live-action Beauty and the Beast, and to put it concisely, it should have been the last.

The atmosphere and mood fell flat when not married to the flow of the Academy Award winning 2D animation and the novelty of the storyline. And yet, Disney movies were still picked off in succession and quickly cast, as Hollywood banked hard on nostalgia and scored solidly in the box office. It seemed like as long as the movies were making money, novelty was cast aside as a risk.

Then came the Charlie’s Angels remake. Did you just get a mental picture of the 2000 favorite, featuring Lucy Liu, Drew Barrymore, and Cameron Diaz, or the, ahem, clunky 2019 remake with Kristen Stewart, Naomi Scott, and Ella Balinska?

When you Google Charlie’s Angels now, only that latter version shows up. The funny thing is, the 2000 version wasn’t even the original either: the first Charlie’s Angels production was a 1976 series featuring Farrah Fawcett, Jaclyn Smith, and Kate Jackson. Like I said, remaking film favorites is not a new concept for Hollywood. The problem is a lack of originality within these familiar ideas, or too much of an obvious agenda haunting the storytelling.

It seemed the 2019 Charlie’s Angels film was so dead set on further highlighting the already present concept of girl power, that even the fun felt forced. Nostalgia can’t solve everything, and when there are no notable new flourishes, acting breakthroughs, or memorable moments that build on a favored legacy, the movie becomes a disaster. When the takeaway is an empty one, you have to ask, what exactly was this movie nostalgic for?

In contrast, 2018’s A Star is Born was an awards season and box office success, and won over most critics. Was it an original story? No, it’s a remake of a classic movie done four times over. But the reason it worked was because the star power of the cast was not all that was banked on, nor nostalgia for the original story. Something entirely new was created through production value, character flaws, modernity, and story flourishes, and audiences appreciated it. The same could be said of 2013’s The Great Gatsby starring Leonardo DiCaprio.

If an audience already knows what could happen in a movie, it’s a courtesy, to say the least, to make new renditions of those familiar moments, and make the repeated concepts worthwhile. And while maybe the first Disney movie live-action remake was intended as an appreciation and nod to the classic story now brought to life, the cash-grab quality of this repeated process and the seemingly sole focus on casting dulled interest.

So for a remake to work, how do we stop nostalgia from stunting the story? By implementing risk, a key factor to any movie’s success, old or new. When risks are taken with concepts and style and creative freedom finds its balance with a genuine storyline, the genre and the beloved story itself will do the rest of the work, and they will do it well. In these instances, the criticism of the quality of today’s films quiets, because the audience is reminded that the only thing that can kill any remake is a mishandling of it. It is still today as it was before, an experiment of what a familiar story can be.

A detailed look at “The Final Girl” — horror’s favorite trope