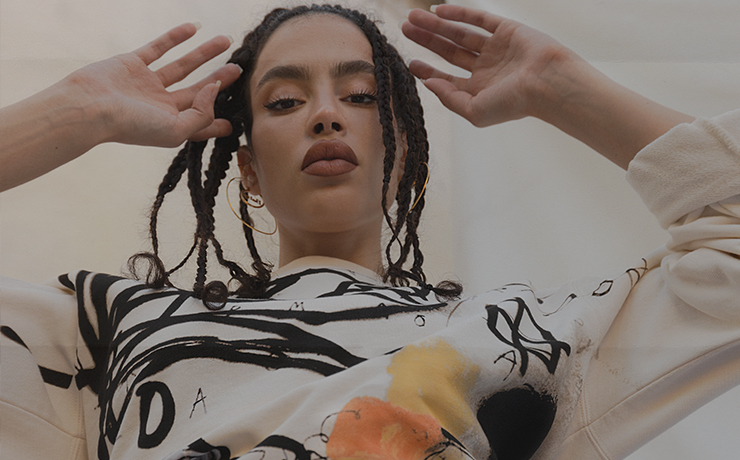 Rombaut is the vegan, Parisian luxe footwear brand saving the planet one step at a time

Coach’s Fall 2020 collection, which debuted back in February, exuded the energy of New York City in the 80’s. Models strutted the catwalk in warm outerwear and structured leather handbags, embellished in Basquiat’s iconic work. The Jean-Michel Basquiat x Coach campaign, photographed by Micaiah Carter, talks about family and art and highlights the legacy of Basquiat in a series of short films.

“Basquiat is one of my heroes,” Coach’s Creative Director Stuart Vevers said in a press release. “He embodied the creative, inclusive spirit of New York and was a force for change in his community. I am proud to celebrate his work and values and help bring them to a new generation.”

Jean-Michel Basquiat, a Haitian and Puerto Rican graffiti artist, paved the way for Black creatives all over the world. His work, which often fused symbols and stick figures, encapsulated “controlled chaos” and authenticity, and conveyed Black struggle, wealth, and other social issues. Even 38 years after his death, Basquiat’s work is still celebrated, and his legacy continues to empower a new generation of Black creatives.

Despite the controversy surrounding the collaboration, Basquiat’s estate has expressed approval. “They did a great job in capturing the spirit and energy of Jean-Michel’s work and putting together a perfect group of creative talent to bring this to life,” his sister Jeanine commented. “We’ve always been fans of Coach, so this is a dream project for us.”

The collection includes a range of statement leather bags and clothing scribbled with some of Basquiat’s signature motifs like his crowns, dinosaurs, and even his banana graphics. You can now shop the collection here.

#FreePalestine: A Masterpost for Resistance