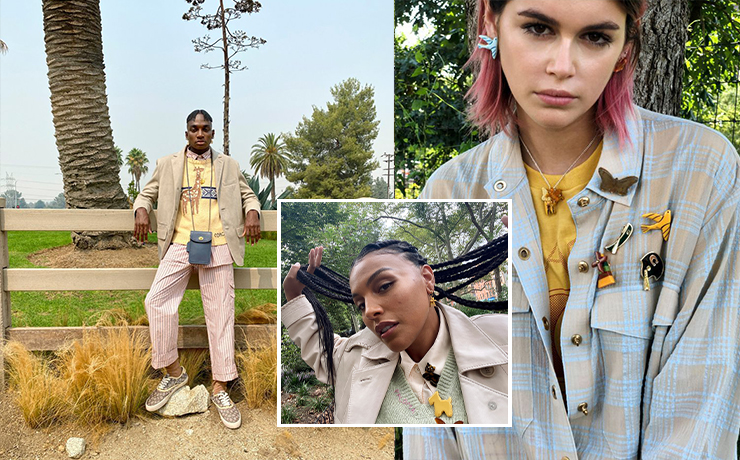 In conversation with Marcos G: “This world is so unpredictable”

With this year’s fashion weeks looking a bit out of the norm, Coach took it upon themselves to showcase their SS21 show, #CoachForever, via Instagram Live, which allowed them to switch things up from their usual programming. Creatives from across music, fashion, art, and film teamed up for a virtual global campaign directed remotely by Juergen Teller in London, England. Faces like Kate Moss, Debbie Harry, Kaia Gerber, Cole Sprouse, Kiko Mizuhara, Jeremy Lin, Jon Batiste, Paloma Elsesser, Hari Nef, Binx Walton, Lexi Boling, Xiao Wen Ju, Kelsey Lu, Bob the Drag Queen, Rickey Thompson, and Meg Thee Stallion modeled new garb from Coach, all while giving us an inside look inside their lives and how they’re surviving through this pandemic.

While creating this version of the “new normal” through fashion, Juergen Teller told Vogue that the idea of “chosen family” was what he landed on for this season’s concept. Because meetings were conducted over digitally, he had a glimpse into each of his subject’s lives, who they were quarantining with, and what it was like in their part of the world. The idea of a new world once we are out of this pandemic is solely based on what younger generations will imagine it to be. Do we stick to the norm, or create something entirely new? Never looking back while acknowledging the past seemed to be the ethos of the collection.

According to Vogue, all garments in the collection were re-issued from his seven-year tenure, and some pieces from the 2020 collection were featured because they had little time in stores due to the pandemic. You could see the stitching, doodles, badges, and personalization throughout each of the model’s outfits, signifying that Coach’s pieces are meant to be interpreted as your own. There is no specific way to rock any one item in the fashion line.

From classic to punk to chic, Coach’s message is clear: the foundation is there, re-create and do with it what you will … it will always be beautiful. To watch the Juergen Teller directed show #CoachForever, click here.

10 photographers who captured the essence of 2020

The strange digital future of the 21st century fashion scene