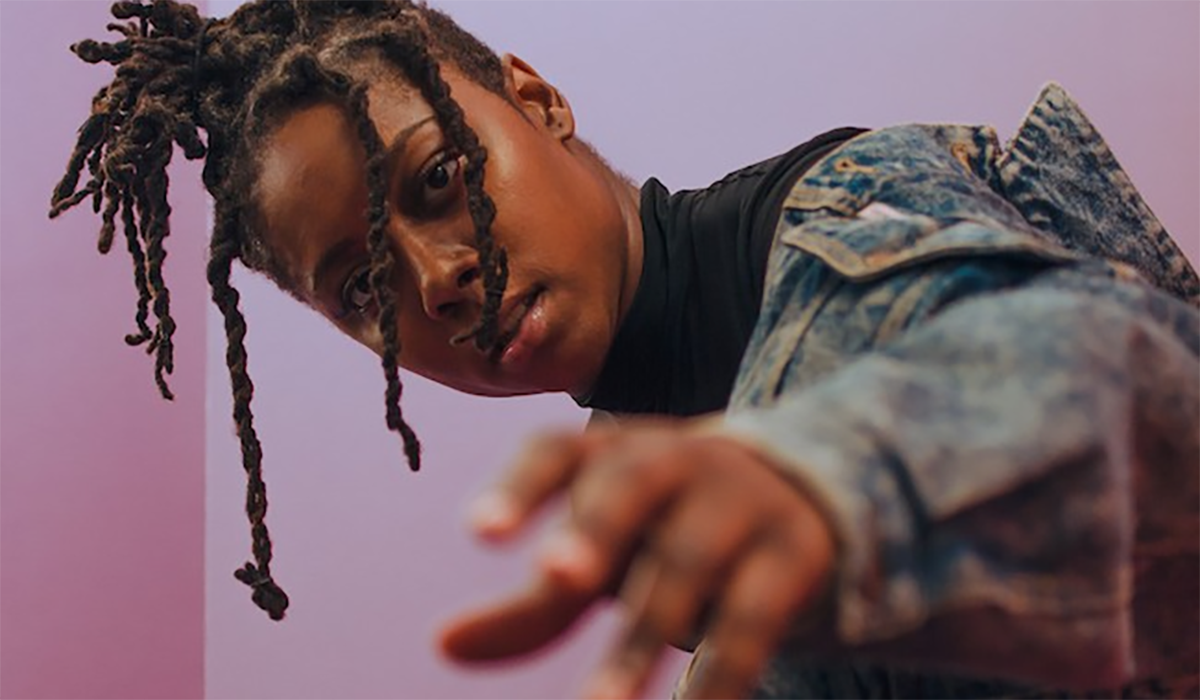 A lil bit of food magic: 5 foods to boost your immune system

Cyanca is the Charlotte-born artist you need to add to your rotation—that is, if she’s not on it already. The vocalist’s short but intricate discography is a timeless mix of soul, R&B and jazzy poetic delivery. It’s sophisticated and honest, bringing with it the sort of atmosphere perfect for late night drives into long stretches of pensive darkness. Cyanca’s smart lyrics seduce with their wise sensibility. New Phone, Who Dis? is just as fresh now as it was when it was released in 2017 and I  cannot predict that the freshness will be expiring anytime soon.

Speaking personally, it can sometimes seem like we’re in a phase culturally where spirituality is ultra-fluffy and aesthetic rather than genuine, personal, productive. But listening to Cyanca’s music, you’re going to feel something different, something so special and real. Complete fresh air. This is an artist who is completely in tune with her soul mission. Cyanca’s 2019 EP I’m Staying Home is hyper-relevant at the moment. You definitely need to push it to the top of your quarantine playlist.

Today, we’re sharing our introspective conversation with Cyanca about her journey as an artist, the near-ancient conception of her love for music, and the best thing she did for herself in 2019. Let’s go…

Using the best three words you can think of, tell us: Who is Cyanca?

Can you describe for us the moment that you fell for music?

Car rides with my dad were hip hop lessons. He would school me on artists like Tribe Called Quest, Big Daddy Kane, and Run DMC and the fashion trends they pioneered. One day, my dad surprised me and took me to the Hard Knock Life Tour which included Jay-Z, DMX, and Method Man. To witness legends in one room was breathtaking and fulfilling. All those car rides came to fruition right before my eyes. That manifestation made me fall in love with music.

When did you first realize that you were an artist? Did it surprise you?

I reached out to Tiffany Gouche on SoundCloud to collab in 2015. She had a nice following, so I didn’t expect her to respond. Long story short, she ended up producing Recipe and I posted it on Soundcloud on a Friday night. I woke up the next morning to thousands of plays and I couldn’t believe it, especially with no marketing. It was a huge eye opener for me to take this seriously and be an artist.

You have a track titled Badu on your 2017 album The Isle of Queens which feels like a love letter to a very significant moment. Can you tell us a little bit about the inspiration behind that song?

It is a love letter to Erykah Badu! I was dealing with a lot at a time. I was going through a terrible breakup along with sleeping on my friends’ floor. One of my musical friends put me onto to Robert Glasper Black Radio album and it soothed me at night when I had trouble sleeping. One particular song off the album I could not stop playing. It was called Afro Blue featuring Erykah Badu and the lyrics brought me joy. So, I wrote a thank you letter to her for the inspiration. She follows me on twitter, and I use to spam her DM with the song. Lol Hopefully one day she will hear it.

Who are some of your contemporary inspirations?

Your 2019 EP I’m Staying Home is three songs long—a length that is so rare to see within the current era of excess and overproduction. What was your thought process behind that number? Quality over quantity? Or did you simply, intuitively, feel finished?

It intuitively felt complete to me. Each song was packaged with so much about my internal demons and experiences as a kid. I talked about losing my mother to my strenuous relationship with my uncle who struggles with drug addictions, and more. I felt if I would have added more songs, it would have been a rabbit hole full of grief from a spiritual standpoint the number represents wholeness. Ironically everything I spoke on I needed closure for.

Do you write autobiographically or do you also feel inspired by events outside of you? What informs your creative process?

I intentionally wrote about me on the first two projects so people would know who I am. For my debut album it will be biographically written. I want to showcase my songwriting skills and shed light on my imagination and outside events I have witnessed.

What is the emotion that drives your work the most?

Happiness. When I’m at peace, that is when I make some of the best music recently. I feel invincible creatively. I used to write from pain but I’m in a good place mentally.

Do you think there was a catalyst that pushed you towards living a creative life or do you think it was inevitable regardless?

I feel that church by default played a part, but my grandmother pushed me heavily to live a creative life. She adored me singing and use to make me sing anywhere when I was younger. She would brag to everyone she encountered about me. Even when I stray away, she would reel me back in.

Was music something that you ever struggled with choosing to pursue or did it feel necessary and clear to you?

Music was always a priority to me ever since I was a kid. The only time it was a struggle was in high school. I was a star basketball player so of course everyone wanted me to pursue it professionally. That wasn’t my vision and I battled with it heavily because I didn’t want to let my family and friends down. I ultimate made the best decision and went to college for music.

What’s the best thing you have ever done for yourself?

The best thing I have ever done was fully believe in my purpose and not look at myself as another number. Everyone around me knew I was special but when I started to believe it, my life changed for my good.

Are you working on any projects at the moment? What can your fans expect from you 2020 and beyond?

I’m working on my debut album currently and planning the visuals for it. My fans can expect consistency and more insight to other hidden talents I possess. I will be dabbling in fashion and sports more since that is a huge part of my cultivation. I been chilling so I’m about to turn it up a notch.

Finally, what does being non-basic mean to you?

It means living unconventional and prominent. It also means to be a leader because a leader is someone who goes against the systematic lifestyle in order to bring change. You can’t change the world thinking normal.

Make sure you keep up with the artist on her Instagram and Spotify.