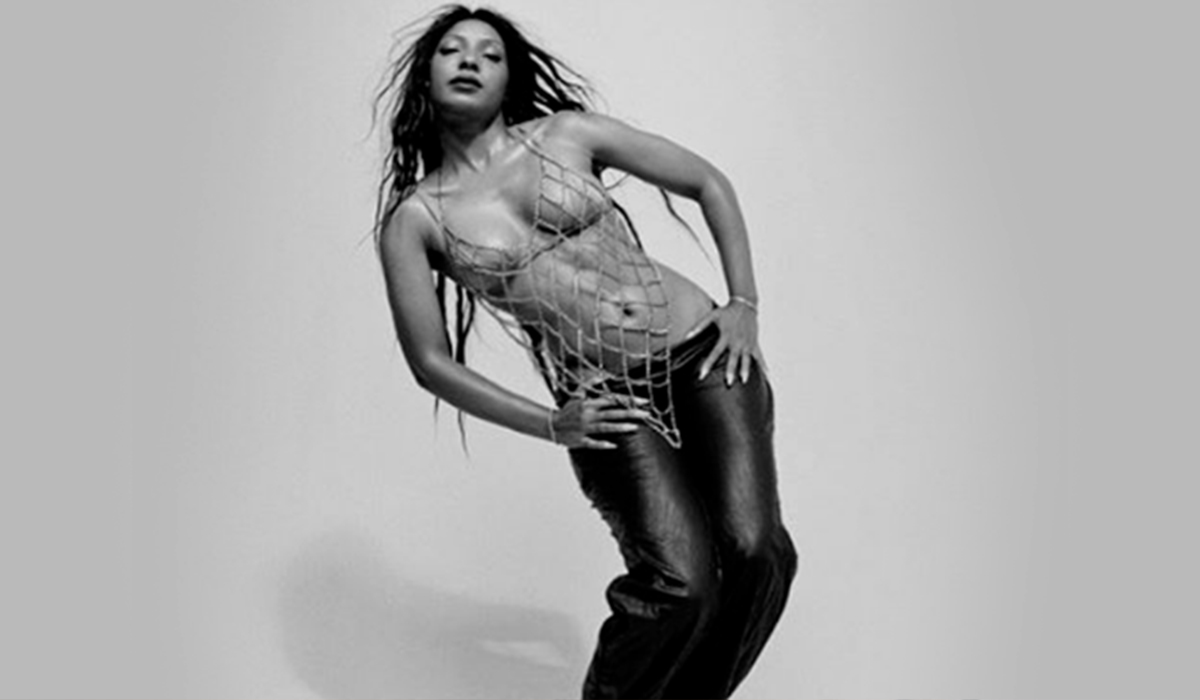 #SkypeBae: How to stay connected with your lover during quarantine

Grammy Award-winning singer-songwriter Diana Gordon is back with a spell-binding new EP, which blends the worlds of Hip-Hop, R’n’B and 90’s Grunge to create a pioneering new sound.

The EP’s eponymous opener “Diana” introduces the record briefly to the tune of melodic grungy guitars, before dissipating into a choral acapella arrangement, over which Gordon raps playfully about some of the many facets of her identity. Immediately after we’re introduced, the record segues into it’s lead single, “Rollin”- a tune which boasts two versions across the 8-track EP. The former, is forged as a hip-hop anthem about embracing the nostalgia Gordon feels about her youth in her adulthood, and the latter is an acoustic versionsonically reminiscent of 90’s grunge-innovators Nirvana’s MTV Unplugged Album. Impressively, both versions of the track are almost indistinguishable from one another, and serve the purpose of illuminating Gordon’s dynamism with regards to song-writing, melody building and musical innovation.

The ensuing title track “Wasted Youth” is the EP’s standout offering. Nuanced in its musicality and dense with experimental instrumentation, with this track we see Gordon lyrically narrate a cinematic journey through past unrequited relationships. As distorted 808’s and trilling hi-hats bolster the chorus’ enchanting piano melody, Gordon’s raspy, folky vocal is given the space to truly glisten. Lamenting woefully over the swirling synths of the chorus, she sings “and I f*cking wasted youth, on someone who I really believed was the one”, before revealing the lesson learnt and the track’s overarching message, that she’s “blessed, too blessed to be angry for it”. The result, is a dark distorted account of “emo-R&B”, which borrows melodic elements from the punky music of the early 2000’s.

A recurrent theme often conveyed through the lyricism on this project, is Gordon using memories of adversity as catharsis for letting go of the negative emotions that have held her back in the past. On the records more pensive offerings “Tell Myself” and “Once A Friend”, she poeticises her fears over grungy stripped-back acoustics. Gordon is no stranger to an indie-ballad, and often over the course of “Wasted Youth” we’re blessed with the songstress’ familiar trembling falsetto, as she lyrically navigates the nostalgic sonic atmosphere the record creates.

Like we see on “Hot Grits”, a track which apparates with an alluring sampled diminutive guitar melody, and quickly drops into a bouncy yet emotive hip-hop banger. Gordon’s vocal is soft, cool and collected here, as she delicately incants on its infectious hook “It’s crazy the more that I feel, is the more that I let go”. Again, poetically elucidating the stark contrast between how she feels when suppressing her emotions, in juxtaposition with letting them go in order to make space for new ones. Produced by Wallis Lane, Smash David & BNJMN – it’s one of the most well-rounded, vibey tracks on the EP.

It’s clear throughout that “Wasted Youth” is Gordons’ answer to past relationships and experiences that led to her growth. Further, that its punky apprehension is a nod to the singer-songwriter’s nostalgic memories of the records that defined her emotional development. It paints the picture of a girl from Queens who moved to Los Angeles to chase her dreams, facing emotional adversity at every turn on her path. On the closing track, “Sad Boys”, we see her address her love for bad boys, but also embrace her part in perpetuating the narratives that led to her own emotional understanding – adding to the projects’ ever-present theme of self-growth, (we love to see it).

“Wasted Youth” is an important instalment in Gordon’s re-conceptualisation of her diverse sound and presence within the contemporary music scene. We’re so glad the talented lady who gave us the expression “You’d better call Becky with the good hair” is giving us a whole new perspective on her limitless musical ability. Honestly, we’re still trying to figure out what it is we did to deserve her!?