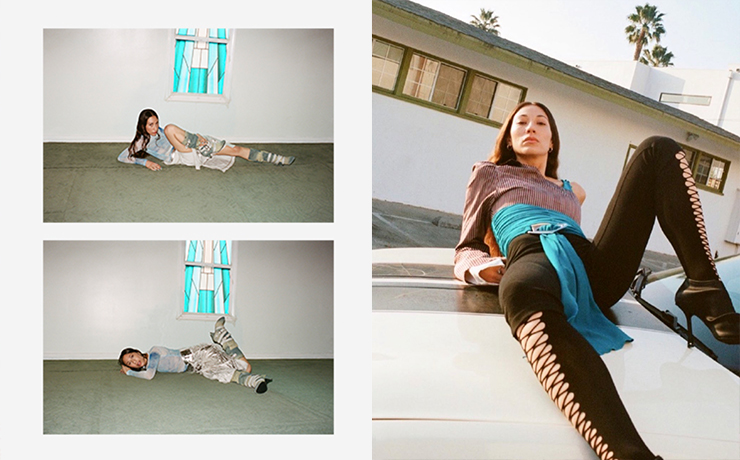 Valerie Teicher–known artistically as Tei Shi–is a modern purveyor of blending delicate, earnest lyrics and electronic sounds with sweeping, angelic vocals. Ever since the COVID-19 restrictions halted her tour with English singer/songwriter Blood Orange, Tei Shi has been teasing fans through social media with the songs that would eventually become her latest EP, Die 4 Ur Love.

Tei Shi’s most recent offering was unveiled during mid-July. The project clocks in at fifteen minutes with a total of 5 tracks. Die 4 Ur Love opens with a gently strummed tale about a love pursuit named “Johnny,” followed by the title track, which is an apocalyptic confession for the depths one would go for affection. “If I can’t have you, what’s the point of all this? I’m broken in two,” she pleads throughout the track.

Days before releasing the EP, Tei Shi previewed her production process for the songs on Die 4 Ur Love. In a video teaser for “Disappear,” the artist sings sensually and appears introspective as various montages from her camera roll flash on screen. Towards the end of the project, the tempo picks up with “OK crazy.” It’s a tale of lusting after someone and feeling head over heels because the love remains unrequited. Tei Shi rounds out the EP by bidding the listener and a long-lost lover a proper, albeit bittersweet “Goodbye.”

Die 4 Ur Love is Tei Shi’s third EP since breaking onto the indie music scene in 2013. Most recently, the artist gifted fans with her second full-length album La Linda in 2019, which succeeded her stellar debut album (2017’s Crawl Space).

Give Die 4 Ur Love a listen here.