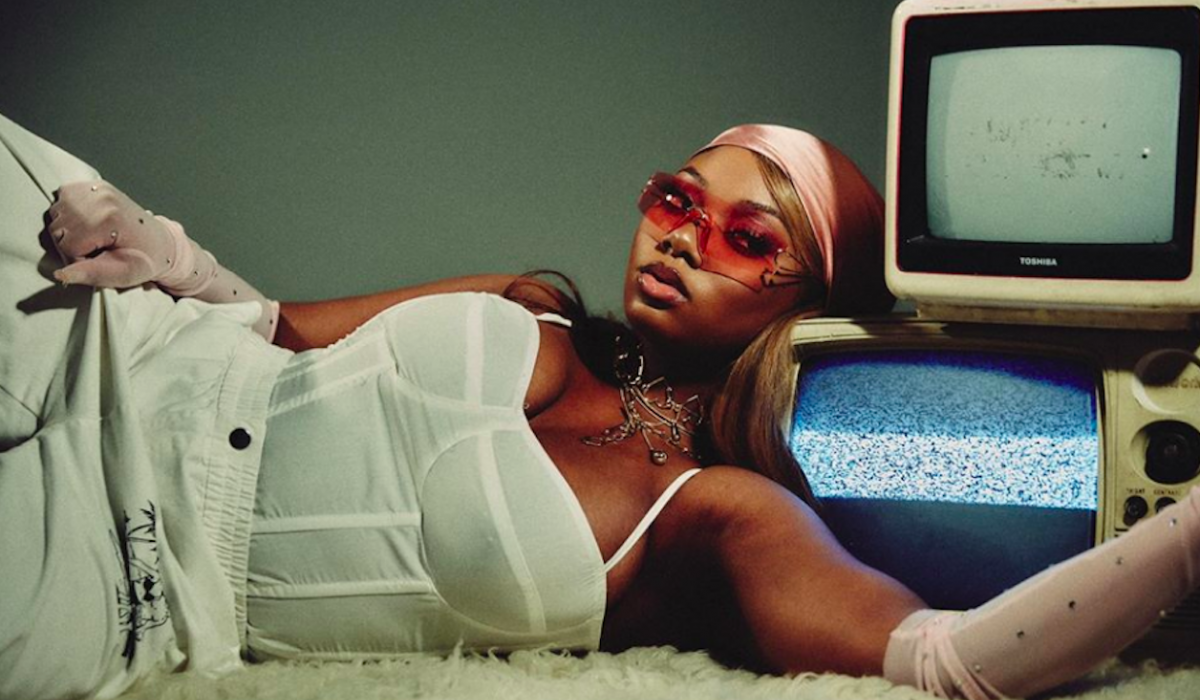 Fae Sapienta is creating her own Fata Morgana

Releasing her impressive debut EP titled “A Short Love Story” back in September of last year, Dolapo quickly caught our attention as one of the UK’s most promising R’n’B acts to watch out for in 2020.

Since then, the “Down” singer has surpassed our every expectation, with each new release building the bigger picture of a woman who’s here to re-shape the “R’n’B-box” by-way-of experimentation. Known for her idiosyncratic fusions of old school, afrobeat and trap influences within her music, Dolapo is not only shaking up the contemporary R’n’B landscape in the UK, but creating a distinctive sound for herself as a taste-makingsinger-songwriter poised towards global success. An enigmatic industry maverick known for her unmatched pen-game, we’ve already seen her take the industry by storm, writing hook after infectious hook for the likes of Louis WSTRN, MoStack and fellow non-basic-girl Br3nya; to name a few.

This summer, we’re standing by as the North London songstress ramps up the volume with the release of her bouncy new single “It’s Alright”; a trappy R’n’B banger boasting yet another gloriously catchy refrain.  Armed with an utterly angelic vocal, you’ll surely be hearing Dolapo grace a speaker near you as the summer ensues, so keep your eye’s peeled for new music from the rising star as she sets her sights on this year as hers for the taking. Below, NBGA catch up with  the woman behind all the aforementioned musical magic, as we talk quarantine hobbies, collaborations and her creative process – no doubt, there was much to discuss!

Hey Dolapo! How have you been holding up in quarantine?

You know what? I’ve been good – the weather’s super nice out today so I’m just sitting on my balcony and soaking up some sun for a change! I’m happy to have my health and my own space – but I still miss being able to jump in my car and pop down to the cinema or the studio when I’m feeling bored.

What has been the best and worst thing about being in quarantine for you?

Well, I think the worst thing about being in quarantine has been avoiding boredom – most days I feel completely calm, but then some days I wake up in a mood and all I can think about is going outside. The best thing has been finally finding the time to chef it up in the kitchen. When I’m working, I never seem to have the time to cook for myself, so it’s become so therapeutic for me during lockdown; I just play some music, take my time and make it as fun as possible, you know?

Oh, for sure – cooking can be super cathartic when you have the time. Is there anything you’re going to do differently once the lockdown is lifted?

I’m just hoping I don’t fall back into my bad habit of ordering takeout constantly – hopefully, I can take these new-found culinary skills with me into the future haha!

Another skill you’ve spent some time cultivating is your musicality. Can you tell us a little bit about how you first started out in music?

Honestly, I don’t think I can even exactly pinpoint how or when I got into music, it all happened pretty organically – I guess you could say that I’ve always had it in me. I started going to the studio when I was around fourteen – there was this local music collective in the area I grew up in who took me under their wing and showed me the ropes initially. I’d say once I started working with them, I began taking music seriously straight away.

Where do you prefer to record – at home, or in the studio?

I feel like the studio is the only place I can really create effectively – when I try to work from home it’s always way too distracting. I went into quarantine thinking I was going to dedicate all this free time to writing loads. I’ll admit, for the first few weeks it worked relatively well, but after the first month I literally had to pack my studio stuff away and accept that I’d run out of inspiration. I’ve learned to appreciate that I have to be living without constraints in order to channel my most creative self, otherwise, in the wrong environment writing can quickly start to feel like a chore.

Your new single “It’s Alright” is such a bop – what’s the inspiration behind the track?

I think with “It’s Alright” the inspiration for the track came from me wanting to channel a bad b*tch persona. It was super fun to write as the beat is really trappy and light – so that pretty much dictated where I took the lyricism. Obviously, I’m not ever going to steal anyone’s man – that’s not me – but I was channeling that kind of energy you know? I want the people listening to it to feel like they’re the sh*t!

If you could describe your sound in three words – what would they be?

I’d have to say my sound is R’n’B – centered, experimental and relatable.

You’re a hook legend – every hook you’ve written so far has been utterly infectious! Where did your love for writing begin and how have you honed the skill over time?

I’ve always loved writing – similarly to music my love for writing has always existed, I just never dedicated much time to doing it when I was younger. Then, as I grew up and progressed within music, I started writing songs and singing them to myself, but I’d just leave them there – I’d never take them to the studio with me and try to make them into actual tracks. I think as I got older and became more introspective about my own work ethic, I was sort of thrown into writing in the studio. Over time, it’s actually become the part of my recording process that I enjoy the most.  I guess when it comes to honing writing as a skill, for me it was all down to practice, the more you do something the better you become at it, right? So, that’s how I continue to perfect it!

You’ve written for, and collaborated with the likes of Louis WSTRN, MoStack and Br3nya. What’s the most valuable thing you’ve learned by working with other artists? Also, has collaboration helped with your musicality at all?

Absolutely, after all collaboration is how I started out in music, so as I’ve grown and got better it’s been interesting for me to see how other musicians handle the recording process. I’ve always been quite attentive to how my collaborators do things – especially when it comes to building melodies and writing. I love collaborating because it’s ultimately a transfer of energies and I feel like I always take away something new. I leave the studio feeling like I’ve gained some knowledge to apply to my own music, in my own way – so it’s always positive.

Who are some of your biggest creative inspirations?

Jhene Aiko has always inspired me from day one, there’s something so special and irreproducible about her sound. I really loved the concept behind her most recent album with its strong message of healing through music; it really affected me in a big way. I’ve also always been a massive fan of Aaliyah – she sound-tracked my childhood and early teen years so she holds a special place in my heart too.

What’s next for Dolapo in 2020? Are you working on anything new you can tell us about?

It’s hard one to call right now – it’s become super hard to plan for the rest of the year! So, for now, I just want to let “It’s Alright” simmer. I’ve got a few more singles up my sleeve that I’d love to release out into the world, but my main thing is that I really want to shoot some cool visuals for them. We’ll have to wait and see, when the timings right, they’ll come out.

We can’t wait! Lastly, in your own words, can you tell us what it means to you to be a non-basic girl?

Honestly, for me I think the key to being non-basic is simply moving with intention. I try to always have a pure intent behind everything I do and how I move. That way, I already know within myself that I ain’t no basic b*tch and I allow that self-confidence to drive me. I truly believe that if you do everything intentionally, the aura that you give off will mirror what you feel inside and your overall energy will show it! So, yeah – move with intention ladies!

Can’t get enough of Dolapo? Listen to her debut EP “A Short Love Story” below!