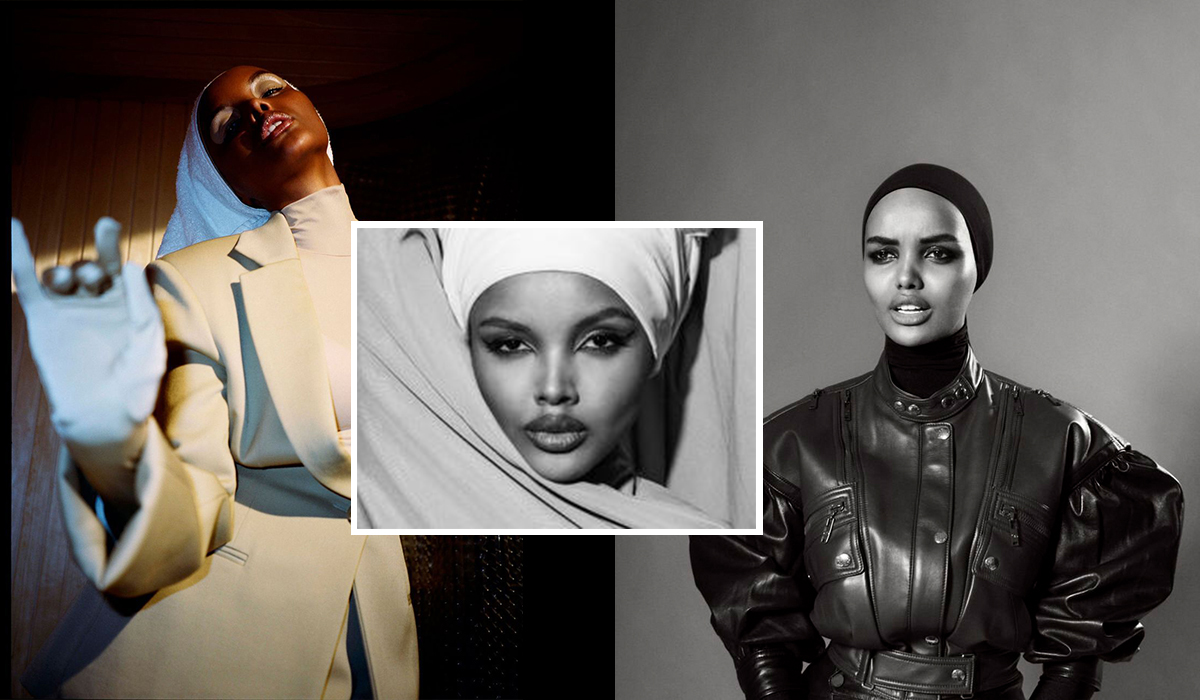 5 positive online platforms you should be following right now…

Revolutionising the ‘IT Girl’ is a watchlist of creatives and upcoming talent re-shaping the way we define cool. From makeup virtuosos to style beasts, these are the non-basic girls leading progressive conversations that redefine what it means to be a true influencer today.

For many of us, our mother’s signature look moulded our notion of beauty. For Halima Aden, growing up inKakuma refugee camp, it was her mother’s hijab. “It’s what I grew up seeing. My mom wore it and I always looked up to her. It’s like lipstick – If your mum wears lipstick, you kind-of want to emulate her beauty, and I think it’s the same for me with the scarf” she recalls. “I was like I want it, I want to look like you.”

A beautiful sentiment in itself, the most striking elementis the idealisation of her mother birthed the empowerment that catapulted the model to where she is now. Following her move to Missouri as a child, Halima learned the importance of representation as she was introduced to a culture that varied largely from those she grew up around.

Eventually, she became attuned to a world where people with similar backgrounds to her were limited to the connotations of ISIS. “You go through a magazine, it’s very rare to read about somebody who has the same background as you” she explains. “We never really had somebody in fashion. So for young girls, it’s about having representation in mainstream media.”

The Miss Minnesota USA contestant made headlines everywhere when she became the first to wear a hijab in 2016, catching the eyes of IMG. In a tone that’s since become synonymous with her brand, she announced that she would only sign if they were able to adequately represent her values. Starting with always wearing her hijab, non-revealing styling, a sectioned changing cubicle and a female-only team. And yes, she got it all.

While it’s common for women to shy away from what they really want, especially in industries like fashion, Halima feels like it’s her job to set that precedent for other girls. “Girls entering the industry shouldn’t be afraid to ask for a private dressing area or a female stylist. I’ve already done it” she states.

“It hasn’t held me back. I dress differently from other girls but if some skin is showing, I say, can we switch it? Doing it the right way – It’s about who you are, it’s not always about fitting in.” If there’s one thing that she’s mastered, it’s the art of standing out.

Since her signing, she’s not only become the first hijabi to join IMG. But the first to walk for Yeezy, cover Vogueand wear a burkini on the cover of Sports Illustrated. These have all established her reputation as a disruptor to industry norms – a consistent theme across her career as a model, activist and humanitarian.

Others may consider this a role too burdensome, but the 22-year-old continuously finds inspiration from the lack of representation she saw growing up. As a Somali refugee raised in Northwest Kenya, the UNICEF ambassador had the importance of community instilled into her at birth. Becoming a model just gave her voice the platform it had always deserved.

I want my sister, my little nieces, even my nephews to see representations of somebody who wears a hijab in modern ways, in such a way that they can relate to

she explains. “I feel like we all deserve representation, and I didn’t have that. I never got to flip through a magazine and see somebody who looks like me.”

The young powerhouse has previously discussed how fashion made her more aware of who she was. Despite never being experimental until entering the industry, she wants to turn that around for others. “I just want girls to know just because you wear the hijab doesn’t mean you’re not a young girl yourself. And just like with hair – experiment! Try bangs, try colouring it, try cutting it!”

Last year, the entrepreneur launched a collection with Modanisa of turbans and shawls. A reflection of her bond to it. The 47-piece collection made its debut at Istanbul Modest Fashion Week after a year of designing. Her “celebration of sisterhood” was inspired by constant questions on achieving certain styles, but was created to extend beyond the hijabi community.