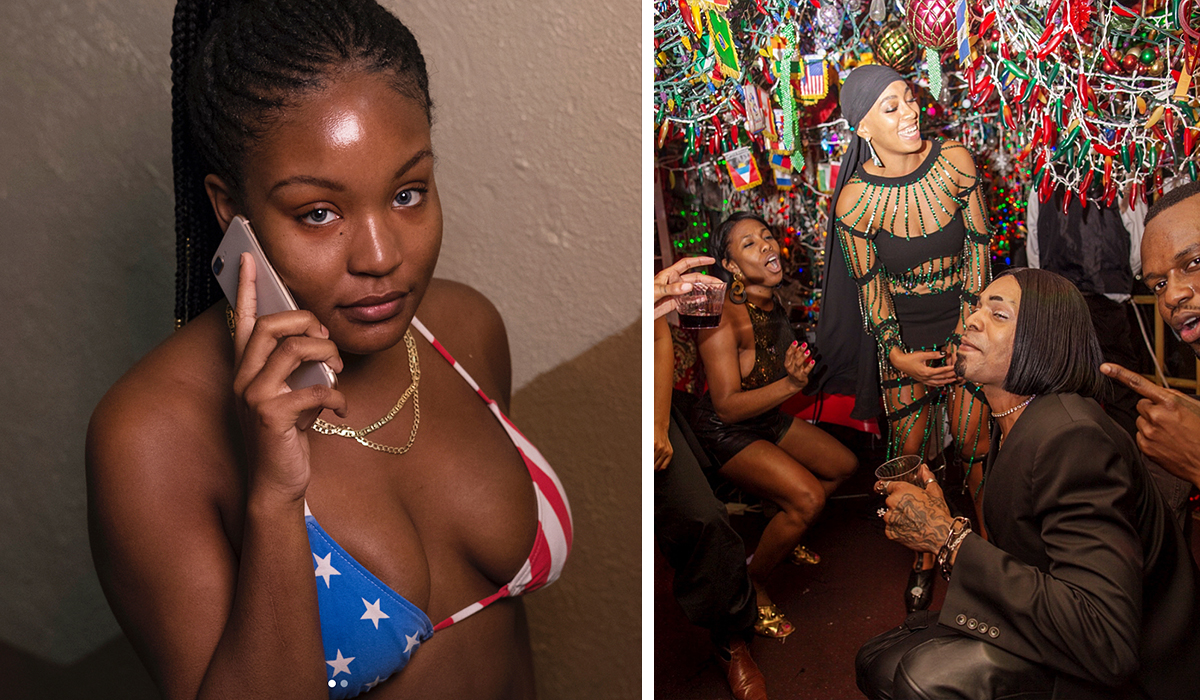 No Basic Girl of the Week | RAVEENA AURORA

Alaina Berry, a.k.a Mister Vacation, is a 24-year-old New York DJ who plays sets by night, and studies medicine by day. She popped up on our radar after playing at Solange’s MET Gala after party and is set to play at Afropunk later this summer. Her lifestyle is the type that makes the rest of us 8h-a-night-sleepers feel inadequate af, and I was hoping that by hitting her up, she’d teach me her ways.

Alaina took some time out of her vacation in Miami to spill inside scoop from Solange’s after party and discuss the importance of black girls filling the roles of psychiatrists. If you’re an aspiring DJ, or just aspiring to be a little cooler, our interview with Alaina might aid in the pursuit of both.

Where did you grow up?

I’m from Michigan, I lived outside of Detroit, in the suburbs. So… yeah that was kind of weird. I went to an all-girls Catholic school. Stuff like that. I didn’t feel like an outsider, I was friends with everyone, but, I was definitely the weirdo always getting dress code violations.

Did you move to New York right after high school?

That’s right, you’re studying medicine, right? Do you want to become a doctor?

Both of your parents are doctors, did they pressure you into becoming a doctor too or was that very much your own choice?

I think it was my own choice. They were just like “you need to do something so you can afford your lifestyle.” But they didn’t think I should do psychiatry. They were like “once you do your psyche rounds in med school, you’re not going to want to do any more because it’s so demanding and depressing.”

But you still want to do psychiatry, why?

Because it makes sense to me. Neuroscience and stuff like that is the most intuitive part of medicine, and I just feel like there needs to be black girls filling these roles because a lot of people feel scared, like I don’t want to go talk to an old white man who is not going to understand me. So if I can do the work and understand the material, then I need to be doing it.

I actually moved to Jersey in September. I was living in New York for six years but my school is in Jersey now for my masters, which is a lot different from New York. New York is hectic and it’s hard to stay out of trouble. It’s hard not to be out spending money.

So are you enjoying living in Jersey?

It’s quiet… I don’t have any visitors haha… but I like it. I like being able to get away from New York even though I have to go to New York so much. It’s frustrating, because for example during finals I had to play like three shows. It’s a lot of driving back and forth.

How do you have time for your studies and DJing? I bet you get asked that question a lot!

Haha, yes! I… I don’t really sleep. I can just not sleep for a long period of time. I just tell myself “you have to do it”. My DJing pays for my credit card bills so I can go places and go shopping. I study all day until like 10-11, then it takes me an hour and a half to get to New York, then I stay in the city until 4, and then I get home at like 5.30. Then I do it again.

thank you so much @saintrecords for having me dj your Met Gala afters what a blessing ??? A post shared by MISTERVACATION??‍? (@realistic_lacefront) on May 8, 2018 at 7:32am PDT

Have you always been into music?

Yeah I always liked music, my dad really likes house music. I never thought I would be playing this type of music, I always thought I’d be playing deep house or something like that. But when I moved to New York I started hearing different sounds, like GHE20G0TH1K and stuff like that. I had listened to Diplo before, which was kind of like a watered down version of what I was hearing in New York. And then when I was living in London I realised that there is this whole other side to music that I had never been exposed to.

How would you describe your sound right now?

I try to incorporate my name in what I play, so like all the places I’ve travelled… I want to play some UK rap, some Detroit booty mixes, Dominican music… everywhere I’ve been, I want to put that in my set.

You DJed at Solange’s Met Gala after party… Solange’s parties are possibly our generation’s most iconic events. How was it?

I had a final at 7.30 and I had to be there at 10. I was so tired! But it was fun!  It was a really intimate, small gathering of like 30 people, and it was hectic… because it was at this Indian restaurant and the people who live above were so upset that we were so loud. They kept coming in, running into the restaurant, screaming at me to turn the music off. They said they were gonna call the police station and I was like “call the police! I’m sure they’re not gonna tell Solange to leave…”  The police did come in at one point, and we just played some low music in the background and they were like “have a nice party!”

Did they know whose party they were entering?

I think so. But I think they came and left before Diddy and Mary J Blige and all of them showed up.

What are your tips for somebody whose dream in life is to become a DJ? How does one get their name out there?

I think starting a party really helped. Because if you DJ at your own party, people will start recognising you as a DJ. And my DJ friends always look out for me.

So organise your own events, and hang out with the right crowd?

Yea! And recording mixes is helpful! I don’t do a lot of mixes, but my friends who do have a way bigger following.

Well, if Solange liked it, I’m sure they will too.

Haha yeah… I just need to figure out what to wear.