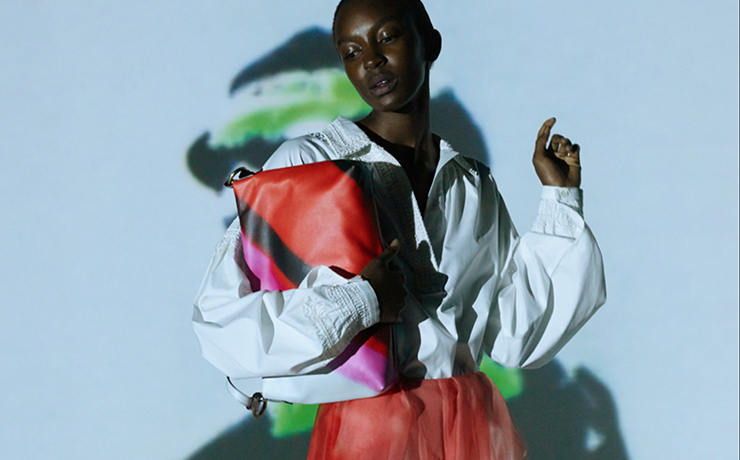 The collection which first developed during global lockdowns combines mens and womenswear, a first for the brand, and features a range of colorful, yet clean and simplistic jackets, dresses and swimsuits. In speaking with AnOther magazine, the celebrated designer part of the ‘Antwerp 6’ explains how restrictions forced him and his creative team to think in a new, innovative way this season, “we wanted to find opportunity in limitation.”

Due to global lockdowns imposed earlier in the year, Noten explains in an interview with Forbes that “the start of the collection was made while we were all in lockdown, so we had to be at home and work by Zoom.” As a result, it was decided that “the collection had to be rather simple, rather straightforward but not boring – fresh and optimistic.”

The fashion industry faces its own uncertainty since the pandemic which Noten has not shyed away from commenting on. He was the first designer to “co-author a public bid for change to the fashion system” writes Vogue, with Noten signing a proposal which urged a review of the fashion show format in May of this year. It also encouraged the use of digital showrooms in a bid to be more environmentally friendly.

Ultimately, Noten’s collection seeks to be an answer to “what’s going to be important in the future? Is there still going to be fashion in the future?” By highlighting fashion’s ability to adapt, evolve and digitalize in the age of coronavirus, Noten optimistically proves there is hope for a fashion’s future, though it may look significantly different to what we know now.

Yohji Yamamoto SS21 is Yamamoto at his best