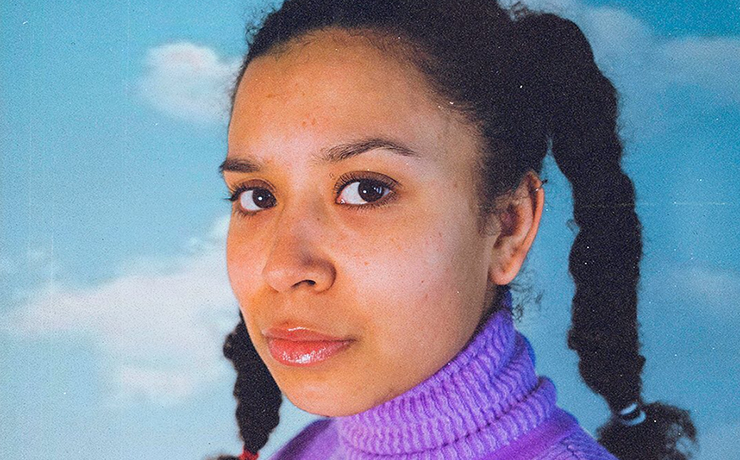 A woman of many powers, who has the ability to reduce you to tears, paint your face with a smile, elevate the hairs on the back of your neck and catapult you into a dream world all within the space of four minutes and eighteen seconds. Kymara, Dutch singer and songwriter, has recently released the first single—“Unconscious Happiness”— from her upcoming EP, Project 25. The EP will feature 5-tracks, each aiming to depict a story from a part of her life up until age 25. Having moved to Brighton, UK back in 2016 from the Netherlands, Kymara quickly solidified herself within the city’s soul and jazz scene. Now a celebrated name within the Brighton soul circuit, the singer is optimistic about the future. Not an easy feat, considering that we are currently in the midst of a global pandemic.

We began talking about the release of ‘Unconscious Happiness’ and the inspiration behind the single and EP.

“I came up with this idea – Project 25″. I wanted to write 5 songs, with each song telling a story from a part of my life – Each song possesses an age gap of 5 years. 5, 10, 15, 20 and 25.” The first single from Project 25 sees Kymara indulging in the care free and magical moments of being a free spirited 5 year old girl, recalling the innocence of that time. “I could remember an overall feeling of happiness, freedom and feeling safe when I was 5,” Kymara says, openly inviting us back to a time of euphoria and youthful contentment. She also provides a visual accompaniment to the track with an intimate music video that gives us some insight into her life as young child growing up in the Netherlands.

“I have a really strong connection with my family, especially with my Mum. She has always supported me. I remember her saying, ‘Kymara, if music is what you want to do, you have to work hard because there’s so many people that want to do exactly the same thing, but I believe in you and I trust you and I will always support you.’”

It is impossible to imagine the world not latching on to Kymara’s music. Her incessant hard work is paying off even if she did find it tough trying to break into the music industry in her home country of Holland.  “I started to go for auditions for music universities in the Netherlands. I did that for three years without any success. They just didn’t really like my voice or the things I was doing. I began to think, if they don’t want me here, I will try it in a different country. That’s why I moved to Brighton.”

It’s energising to speak to someone with such a positive and glowing outlook on life. Perhaps it’s the laid back European way or perhaps it’s the love and happiness she experienced growing up, nevertheless, Kymara exudes a cool, “everything is going to be OK” vibe, that seems to bypass any sort of negativity.

With this in mind, we wanted to hear her take on the Black Lives Matter movement, considering her position as a woman of colour within the music industry.

“I have already been singing and writing songs about it. My songs are so personal, and unfortunately it is something I have had to deal with my whole life. I did find the social media side of things very overwhelming. I would see people posting all the time and I wasn’t sure how I felt about it or where I stood. I decided to take a step back from social media and read more. I decided to talk more with my brothers and my friends and family about all the things we have gone through in our lives and tried to gain a deeper understanding of everything.”

Ultimately, Kymara wants to share her messages and experiences through her music. She believes the most important thing we can do as a human race is to teach each other, to let people know when they’re in the wrong and explain to them what they can do to become more educated and aware.

“That’s something I am trying to do as an artist,” she says.

These messages and acknowledgment of her heritage is something we have noticed in the artwork she shares on her social media. One illustration in particular speaks louder than words. It’s something that oozes class and culture and has allowed her to spread her message cooly and quietly in the most beautiful and artistic way.

We asked her to explain each aspect of the illustration, the image clearly depicting the mass of culture and diversity she possesses.

“We start with the hair. You can see all the different hairstyles that I wear: the straight hair, the braids, my curls. Then you notice the different skin colours. Black because my Dad was a black man from Suriname, white because my Mother is a white woman from the Netherlands and then you see the mixture. The brown skin colour. That’s how I look. On my left shoulder, you see the slaves of Suriname, because Suriname was a Dutch colony years ago. Then you notice the traditional Dutch clothes along with the yin yang in my necklace. This represents the balance and how I acknowledge my heritage equally.”

Knowing your history and where you come from, “allows you to understand yourself better and find a balance in your life.” We reach the right shoulder, and her description of the moon and stars shows us how much family means to her.  “I love looking at the stars. Especially because after my Dad passed away, when I felt upset my Mum would always say to me: ‘Look at the sky. Look at the brightest star and that’s your Dad.”

What is Kymara most looking forward to upon her return to the UK? “Gigs. Gigs. Gigs. I love performing so much and I’m really missing it. I can’t wait!”

If you haven’t added ‘Unconscious Happiness’ to your playlist, then go and do it now.

To keep up with Kymara, head over to her Instagram.