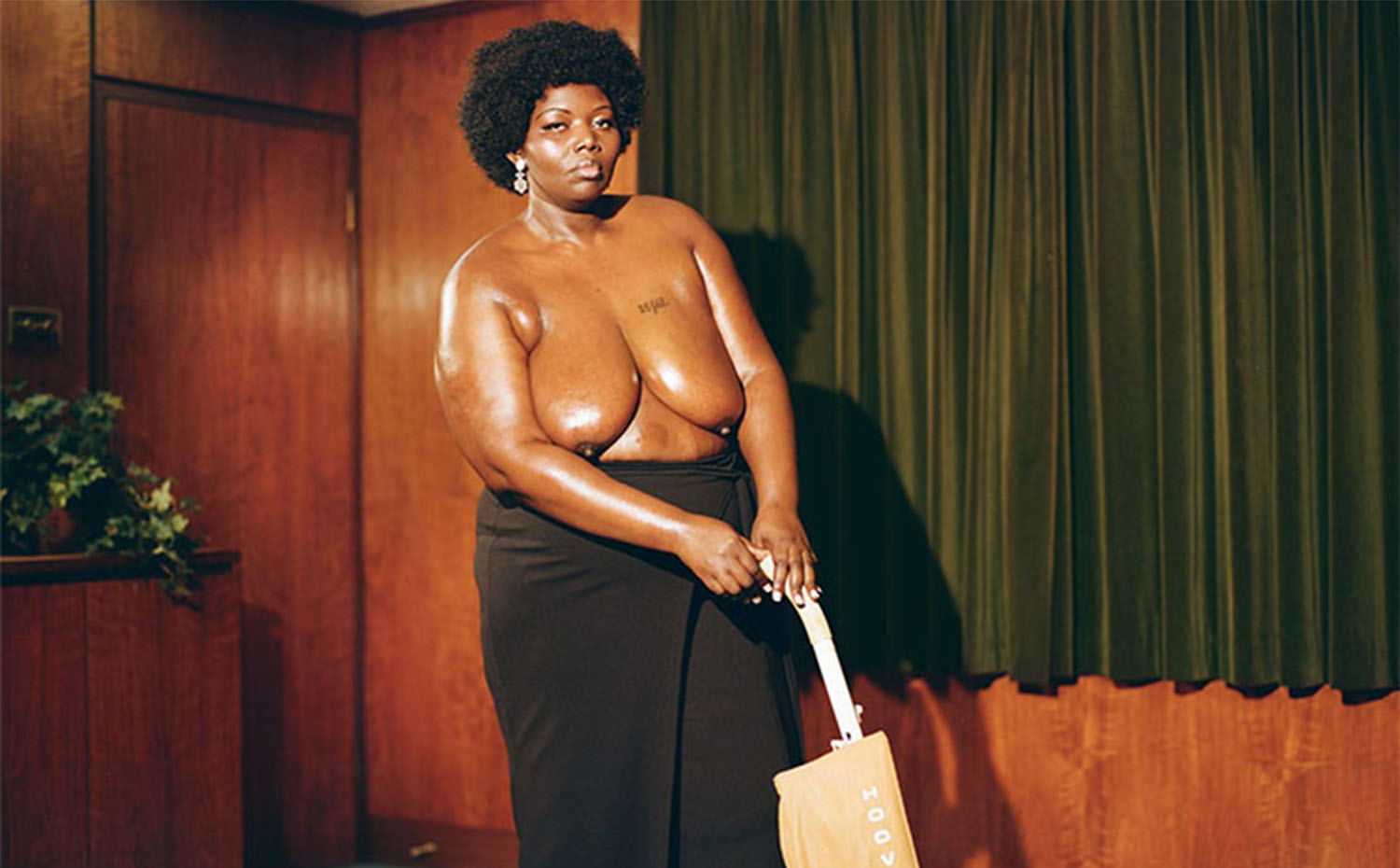 The visual language in Nadia Lee Cohen’s photographs walks the line between good and bad taste. Her eerie settings and bizarre characters challenge the viewers’ perception and encourage them to linger longer over an image. It’s funny because I’ve come across her work so many times but I’ve never put two and two together and realised that it’s all one woman’s work. It’s clear that the Nadia Lee Cohen aesthetic can be found just about everywhere – and she has only just begun.

Scrolling though Nadia’s Instagram you’ll come across pictures of a drop-dead gorgeous 28-year- old sporting crazy hairdos and dramatic fits. She’s the type of person I’d find super intimidating if ever I were to meet her IRL. So I guess I’ll just be admiring her from a distance. Liking her every pic.

You’ve probably stumbled upon Nadia’s work in one of the many music videos she’s directed, such as After the Storm by Kali Uchis ft. Tyler, the Creator, or Gilligan by DRAM ft. A$AP Rocky and Juicy J. Or maybe you’ve seen her shoot for Miu Miu or feature in I-D Magazine, Vice and New York Magazine, just to name a few.

Nadia’s photographs typically depict American middle-class suburbia. Large neon advertising signs and logos are often used as props together with melodramatic hair and make-up inspired by the 50’s, 60’s and 70’s. Looking at where Nadia pools inspiration from, you’d think she’s your all- American girl next door, but she actually grew up on a farm in the English countryside. She started photographing around the age of 17 and later earned an MA in Fashion Photography from the London School of Fashion.

After scouring the interiors of grandma houses in the UK, LA offered her a refreshing change setting-wise; American towns and suburbs offered her a scenery of bold graphics, diners and motels. In an interview with Hunger Magazine, she explains that she enjoys “the sensation of something being disturbing yet simultaneously aesthetically pleasing… It’s very impressive to take an idea so ordinary and completely fuck it up.” Hear, hear, Nadia!

Ms Cohen is a perfectionist and meticulous pre-planner. The colour, set design and composition is all sketched out prior to each shoot. It’s no wonder that her career has taken the fast lane. Nadia often uses women as subjects, like in her personal series 100 Naked Women. The series was made as a direct response to the rise of online female censorship and it really nuanced the discourse concerning the objectification and sexualisation of the female nude. As for using men as her photographic prop, in an interview with It’s Nice That, Nadia shares:

I do enjoy working with men, I just tend to make them look like sweaty perverts when I do.

Nadia’s photography is heavily influenced by cinematography, naming The Shining and Pink Flamingos as two movies with great influence. Photographers with a strong narrative such as Cindy Sherman and Nan Goldin have been heavily influential too. It’s no surprise that her sources of inspiration are often so filled with underlying narratives; Nadia’s pictures are often much more than just a picture, they tell a story. A bizarre story perhaps, but still, a story. As for the future, her ultimate goal is to write and make her own first feature film. A film that will knock our socks off, I’m sure.