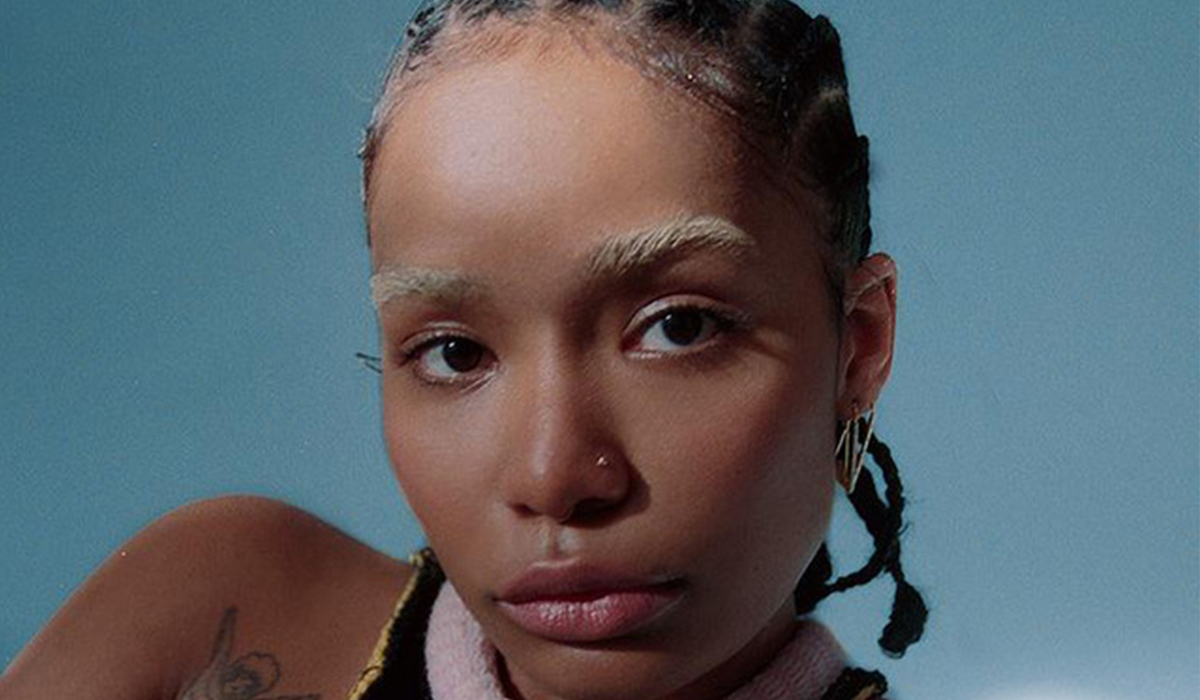 The concept behind Elah Hale’s newest EP “Room 206”, was born in her university dorm room – a place that felt special and homelike. Fittingly so, there’s an air of candid authenticity that comes with the rising pop stars’ debut, as across the record we see her draw influence from the small spaces she occupied on her journey towards finding independence. Sonically, “Room 206” feels delicate, free-spirited and reminiscent – with each track detailing a personal memory of Hale’s, as she thematically grapples with ideas of identity and belonging.

Little did the budding musician know back then, that the songs she wrote in that special room would catapult her towards turning her musical dreams into a reality in no time at all. It was in that same room that Hale signed her publishing deal, and eventually a record deal with mammoth label Interscope. Consequently, the pivotal decisions she made catalysing her departure from university, with the young songstress leaving school in her peripheral to focus on making music full-time.

Here we are a year later, with Hale’s debut offering buzzing in a big way, and we can’t help but feel intrigued by the native New Yorker’s cleverly forged path to creative self-realisation. So, below, NBGA grabbed the chance to quiz Hale about the records’ creative process, it’s nuances and it’s overarching artistic vision. With Hale’s debut marking out the territory for her to grow and progress as an artist, you won’t want to let this talented singer-songwriter slip beneath your radar! After all, she’s just getting started!

Hey Elah! Can you tell us a little bit about yourself – your heritage, where you grew up and how you got into making music?

I grew up in New York City, I lived in the east village until I was seven, then I moved to Park Slope with my mom. I started making music because of my parents, but Hannah Montana also takes some credit (I thought she was the epitome of cool).

Today marks the release of your debut EP “Room 206”. You left university last year to pursue music full-time. What’s the most valuable thing you learned from making that decision?

I think leaving college really forced me to trust my own decisions wholeheartedly. The second I left, I had to make a series of decisions that would have a long-standing impact on my future. I had to learn really quickly to trust my intuition in situations I had never been in before. I’ll admit, it was pretty scary but the decision in avertedly forced me to cultivate self-belief.

Is there a particular significance behind the EP’s name; “Room 206”?

“Room 206” was actually my sophomore dorm room number. It was such a beautiful room, I made so much art in there, and so many life-changing decisions. I wrote the EP in that room, and also signed both my publishing deal and record deal in there. I was so lucky to have a room that I felt so at home in, as well as a roommate that was an amazing support; it’s one of my fonder memories of college.

What was the creative process behind recording the project like? Were there any challenges, eureka moments, or sentimental recording sessions you can tell us about?

I think I embraced the challenge of working with new producers in new cities for the very first time with this project. It was such a privilege to get to work with the producers I did. Whilst recording, I felt like my life was completely different, like every single door had suddenly opened up and that I could finally make music without any restraints.

How did you go about identifying the sound you wanted to explore with “Room 206”?

I guess everything felt new, for one it was the first time I was going to the studio without having to pay for it out of my own pockets. I was also working with people I didn’t know for the first time which felt totally new. For that reason, I don’t think I identified a specific sound when going into the EP process, I just went with what felt natural and came out with “Room 206” quite organically.

The EP cover was designed by the super talented sculpturist PJ Harper. Can you tell us about how you guys linked up for the collaboration and your artistic vision for the cover?

PJ is so amazing! I’d been a huge fan of his for-a while. When we we’re trying to figure out the cover, I had the initial idea of doing some sort of self-portrait sculpture. We all got on the phone and talked about it, and PJ – thankfully – wanted to be a part of every step of the process.

What would you say is the overarching message of “Room 206”? What do you want listeners to take away from this record?

Is there any one song on the EP that stands out to you more than the others?

I think they all individually hold a really special place in my heart.

Lastly, – aside from music – is there anything you’re excited to get back to doing once we’re free to go out again?

I’m super excited to go out again! I’m honestly most excited to just hang out with my friends in the summertime – hopefully we get the chance to do so soon.