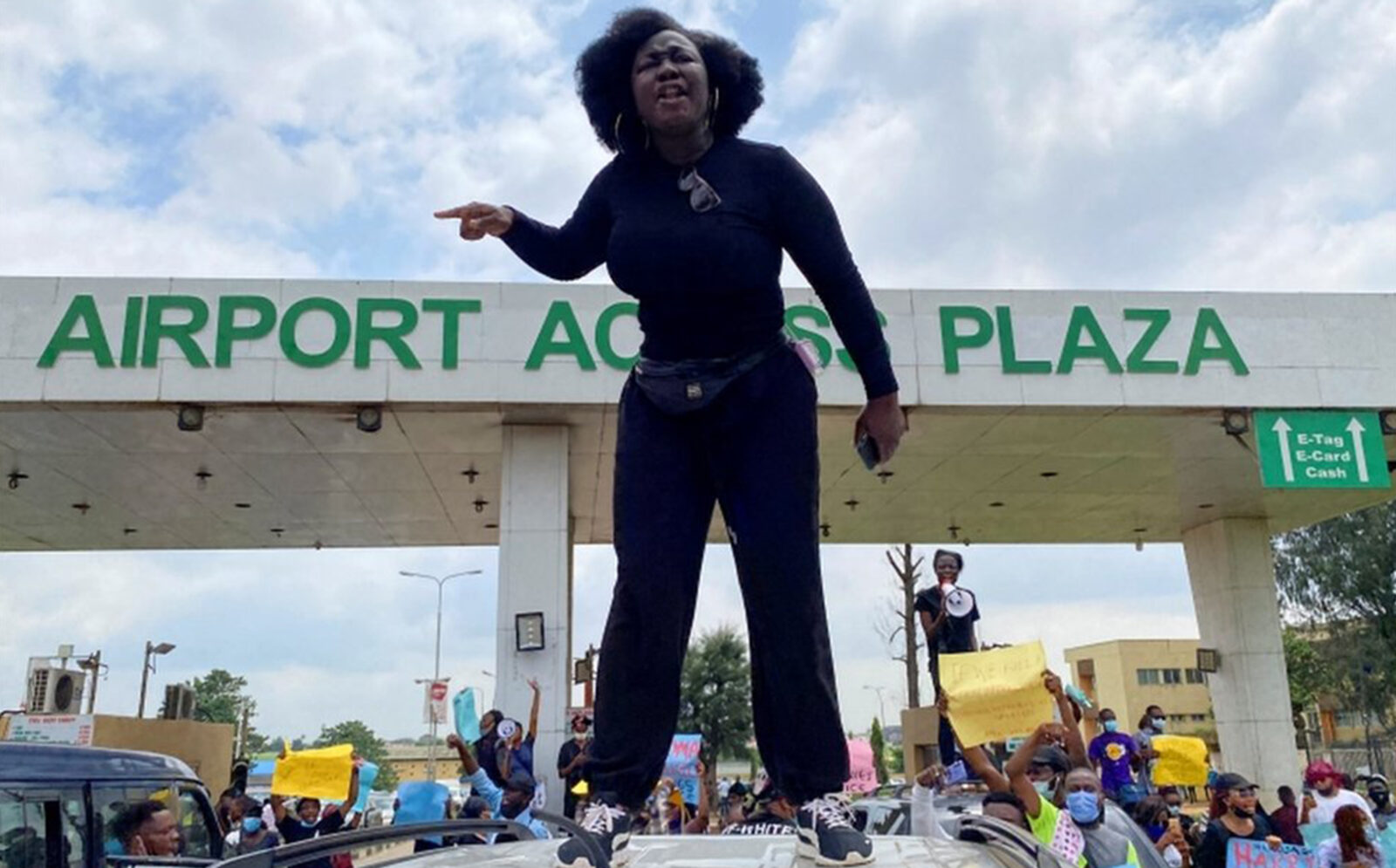 So, what really happened at RiRi’s Savage X Fenty show?

Nigeria is on the brink of a revolution. Over the past ten days, Nigerians both in and out of the motherland have rallied, fighting to exercise their constitutional right to protest against police brutality, namely the SARS unit of the Nigerian Police. And the youth-led digital movement, which is proving to be one of the country’s largest protest in at least a decade, is just getting started.

For the non-familiar, SARS, or the Special Anti-Robbery Squad, is a unit of the Nigerian Police Force, originally created in 1992 to deal with crimes involving robbery, motor vehicle theft, kidnapping and firearms. However, the SARS unit has in many ways become exactly what it was created to combat. Today, SARS is know for harassment, illegal imprisonment, extortion, rape, robbery, assault, kidnapping and murder. One could go as far to say that the average Nigerian is just as fearful of potential arm robbers as they are of SARS, if not more. And the personal stories and experiences are endless.

It was on Oct. 3rd, when footage of SARS brutalizing a young man in a Lagos Hotel went viral, that the flame was sparked. By Oct. 9th the #ENDSARS hashtag had already racked up over two million tweets, and was trending in several countries. The seamless transition between online and offline has been remarkable, and is indicative of the monumental role played by the youth of Nigeria. However, much to the Nigerian government’s surprise, despite being youth-led, the #ENDSARS movement is both decentralized and nonpartisan, meaning that it has no leader or affiliation with any political group. Perhaps due to the list of pros when it comes to decentralized leadership, or perhaps due to the even longer list of senators, governors, and political “leaders” that Nigerians have seen fail their constituents time, and time again. Like its organization, the movement’s funding has also been decentralized. Protest costs are primarily funded by donations from Nigerians in and outside of Nigeria. Feminist Coalition, a group of Nigerian feminists that formed in the wake of the protests, raised almost $60k in four days through donations. Funds have been dedicated to providing protesters with food, water, first aid or even covering hospital bills.

While #ENDSARS means a call for the end of police brutality, it also means a whole lot more. Remember that brink I mentioned earlier?  For some, this protest is the first time they’ve disagreed with, argued, or flat out had to disobeyed parents, aunts, uncles or other older family members. There’s always been something of a divide between the younger and older generation of Nigerians, as is evident by descriptors like “lazy” or “unserious” that are often pinned onto youth by their older counterparts (Nigeria is a gerontocracy, which is extra bad when you consider that almost half of the Nigerian population is under the age of 19 years old). For many young Nigerians, this movement serves as the official line in the sand, as a stand against the statism, homophobia, tribalism, misogyny, nepotism, and parochialism that the country still wallows in.

But, unfortunately, not everyone is on the same page.

As the #ENDSARS campaign continues to gain traction, there’s another movement within it that is fighting for the same thing; an end to police brutality and oppression. However, in a not at all surprising or unexpected twist, due to the specification of this demographic and what they’re highlighting, they are being excluded from the narrative, or in some cases, straight up turned away.

Criticism of SARS and other police brutality has focused primarily on male victims, then, subsequently, female ones. However, the assaults on Nigeria’s LGBTQ-community are either ignored, overlooked or normalized. Despite the fact that all police units, not just SARS, have targeted Nigeria’s LGBTQ community for.. ever. Many have been tracked, extorted, and beaten for being queer or suspected of being queer. Considering the wildly homophobic climate of Nigeria, aided by religion’s heavy-handed grip and the Same Sex Marriage Prohibition Act (SSMPA), signed into law by then president Goodluck Jonathan in 2014, LGBTQ Nigerians have long since suffered in silence. And they’re still suffering (despite women and LGBTQ Nigerians being at the forefront of this movement).

I, unfortunately, spent much of this past Sunday fuming, here in Vancouver, Canada, at my local #ENDSARS protest. When a non-binary Nigerian performer deliberately held space for queer Nigerians, their shoutout was met with silence and obvious distaste. The once bumpin’ crowd was suddenly unstirred. The smiles and the dancing, the hooting and the hollering from 3-minutes prior was gone. And homophobia is VERY displeasing to me and my homegirls.

Despite making up a tiny fraction of protesters, many LGBTQ Nigerians have been told they are somehow “hijacking” the movement, or distracting from the cause. Others heard that they should air their grievances after the #ENDSARS protests have concluded. All of which is nonsensical and counterproductive if you understand anything about protests, police brutality, homophobia, Nigeria or all five of those things as a whole. History shows us that modern movements thrive on intersectionality. Besides, if you aren’t against ALL forms of brutality, police and otherwise, for ALL Nigerians, both LGBTQ and otherwise, then you are part of the problem.

Here comes the broken record: The Nigerian police was originally created to protect colonial powers from the people. Like with most police organizations, the “us vs. them” mentality is a core, founding element to the organization and its history. When the 1960’s finally rolled around and Nigeria saw independence, there was no police reform. They simply changed their mandate. Instead of protecting white colonizers, the police now protected the new, wealthy, ruling class. Because, well, police in pretty much every country or society exist to protect those in power from the people that have none. This, coupled with other factors like rapid recruitment (which inevitably leads to poorly-trained officers) and extremely low salaries makes it hard to be surprised with how things ended up. However, as the #ENDSARS movement pushes on, I’m cautiously hopeful for the future of Nigeria. Not because I think the end of SARS will magically bring reform or solutions to age-old problems, but because for the first time in a long time, I think the Nigerian people might finally be up to the task.