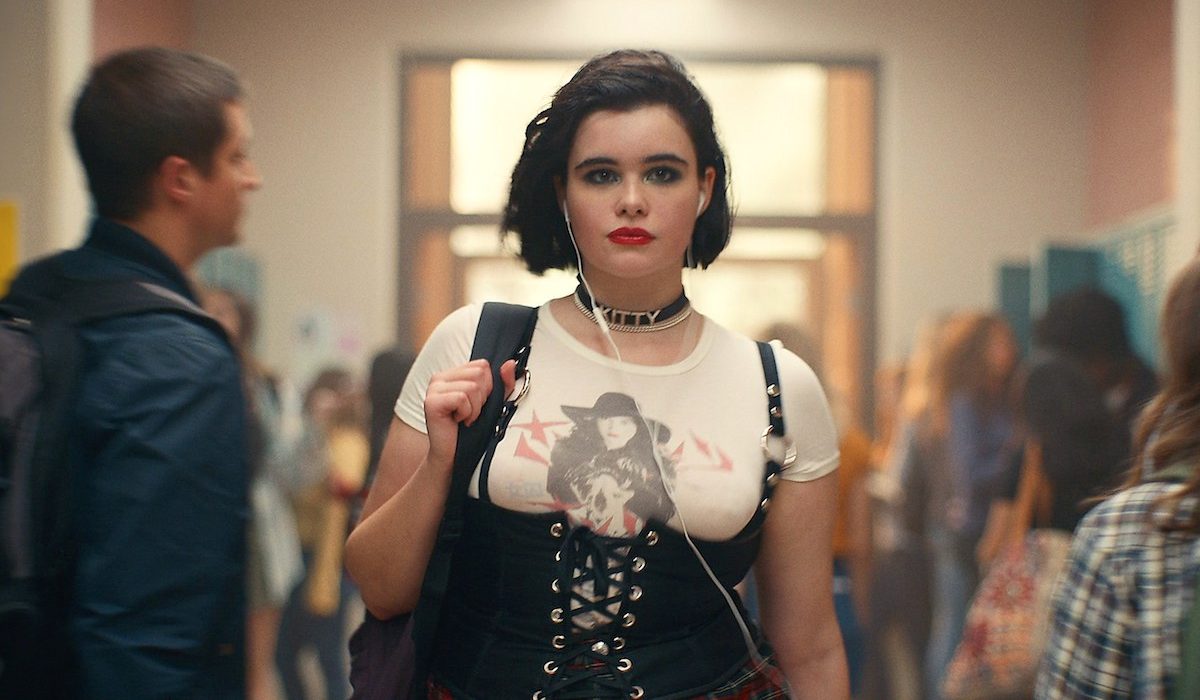 If you don’t already know, HBO’s new series, Euphoria, is turning heads- for many reasons. The American adaptation of Israeli television show by the same name has already been green-lit for a second season and has already amassed a large cult following, most likely because of its authentic portrayal of generation Z teenagers in high school. Social media is at the forefront of the show, as it is in a modern-day teenagers life. Euphoria is also genuine in the costuming of the teenagers the show represents- bold makeup, trendy clothing, and tons of eye gems.

Styled by costume designer Heidi Bivens and makeup artist Doniella Davy, the entire cast of the show is adorned in some of the best makeup and clothing looks that have been on television in a long time. Bivens, the designer behind the outfits from The Beach Bum and Mid90s, clearly has a knack for discovering the freshest trends in clothing, while Davy essentially creates mini-masterpieces on the faces of the cast every single episode. She is best known for being the head makeup artist for Moonlight, If Beale Street Could Talk, and other films.

While there might not be enough time in the world to discuss each individual character’s clothing, there is certainly enough time to view them.

When we first see Jules, she’s riding her bike while Rue watches her from the backseat of her mom’s car. Typically accompanied by a pastel dress, mini-backpack, and bold eyeliner, Jules makes a definite impression before she actually speaks. Later, Fez says “She came in yesterday lookin’ all Sailor Moon and shit.”, which I would say perfectly describes the overall aesthetic that Jules owns.

The Halloween episode of Euphoria was the perfect fashion moment for the show. Each character wore a costume that captured who they are without seeming out of place. Cassie wore a spot-on Alabama Whorley from True Romance costume, which sparked an argument between herself and her boyfriend McKay while on the way to a college party. McKay insisted that Cassie’s costume would cause him to “Never hear the end of it” from his frat brothers, and then makes her change into a much less fabulous costume to appease him. Yawn.

Maddy doesn’t appear until the last few minutes of the episode, dressed as Iris from Taxi Driver. Though the eye makeup and costume are both perfect, the character choice…not so much.

Kat dressed as Thana from Ms. 45, which is basically a movie where a woman dressed as a nun on Halloween attends a party and shoots people. This costume is perfect for Kat as she is still deep in her dark and grunge-y aesthetic.

Lexi, Cassie’s sister, dressed as PBS painter Bob Ross, much to everyone’s chagrin. Even her own mother says, “The whole point of Halloween is to look attractive”.

Jules is dressed as Juliet from Romeo + Juliet. The Baz Luhrmann 1996 version, of course.

Rue dresses as Marlene Dietrich in Morocco (possibly) as some fans online have assumed. Though it would make sense for Rue to be the Romeo to Jules’ Juliet, if she was doing this, she’d be wearing a suit of armor or maybe even a Hawaiian shirt. Either way, she looks cool.

One of the best writing elements used in the show is definitely the flashbacks from the childhood of each character, and Maddy’s flashback is no exception. Her younger self was obsessed with becoming rich and then doing absolutely nothing. Young Maddy also wore the same makeup as present-day Maddy, which is a perfect detail to include.

Though most of the flashiest makeup looks are worn by Maddy, the makeup worn on all the characters displays something about each of their personalities, which is the main reason why Euphoria is so successful. The show not only gives a glimpse into the life of a modern Gen-Z but also provides a closer look at each character with each clothing and makeup choice.