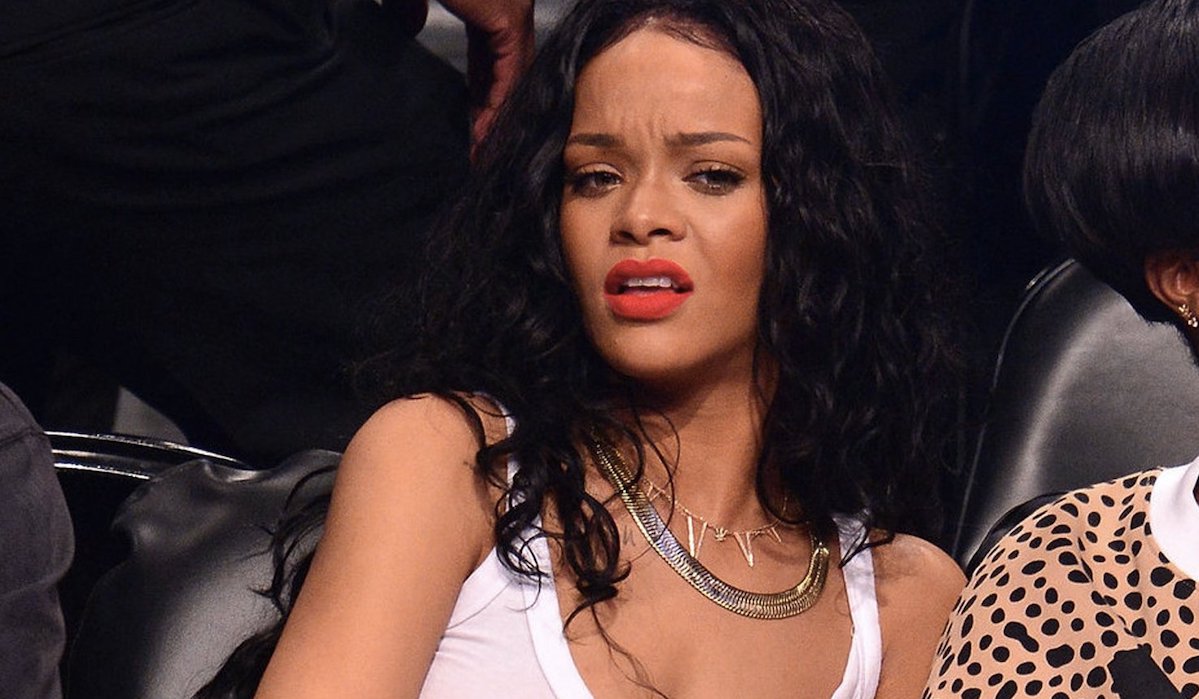 A couple of weeks ago, Gina Rodriguez, star of Jane The Virgin, found herself at the merciless hands of Black twitter, once again. This time for posting a clip of herself saying the N-word on her Instagram story. Rodriguez is no stranger to criticism, particularly of this kind, because this isn’t the first time she’s been accused of anti-black behavior. It also isn’t the second time. Or the third. As pathetic as the entire ordeal was, it’s rehashed everyone’s favorite conversation: the N-word. And it’s one I can’t believe we’re still having.

Like I said, Gina Rodriguez has a long rap sheet of anti-black behavior. There was the time that rather than celebrate the huge win that was the Black Panther, she used that meaningful moment to center herself while simultaneously managing to ignore Afro-LatinX actors like Zoe Saldana and Tessa Thompson.

It is quite possible for Gina Rodriguez to advocate for better Latinx representation without constantly evoking African American advances in a way that implies they're part of the problem. If she refuses to learn that, her cultural activism actually perpetuates the problem.

— Living on the edge of thrilling and heartbreaking (@CNRush) November 23, 2018

Then there was the time she “all-lives-mattered” the hell out of an interview with her co-star Yara Shahidi, when an interviewer took a moment to address Shahidi directly, to highlight her role as an inspiration to so many young black women. Rodriguez, for some reason, had the gull to not only interrupt but correct him, saying “for so many women!”.

Thankfully, the interviewer stood his ground, echoing a weak agreement, before reiterating that he meant specifically black women. And who can forget her “teary” appearance on Sway In The Morning? It’s clear that despite claiming to be championing diversity, Gina Rodriguez has her own narrative when it comes to what diversity should look like. In her world, “diversity” has more to do with her comparisons between marginalized groups, and her misguided understanding of equality rather than equity, the far superior is a tool when it comes to dismantling systems of oppression.

Speaking of the erasure of black folk, let’s talk about her apologies, which were, for lack of a better word, f*cking abysmal. The initial one was most offensive. Not only was it lazy, but it was also incredibly insincere, and dare I say, a little smug.

This apology from Gina Rodriguez is so.... lacking! She's smarter than this! Ugh!! https://t.co/4o3dHcVvvy pic.twitter.com/KkuaKBngW4

Many people, rightfully so, called her out on her bullsh*t apology, so she later released another one. It reads:

How one can direct an apology for saying the N-word to anyone other than the black community– the community it affects and offends– is not only absolutely ridiculous but completely lost to me. The irony, however, is not. Her refusal to address black people, or the black community, opting instead to use the term “community of color”, is another reason (amongst the many others) that her second apology still misses the mark.

As you can imagine, I, like many black folks, am extremely tired of this conversation. And as tired as I am of sh*tty, lazy, easily-avoidable situations like this one, I do think it served an important purpose. It highlighted a fact that by no means a new concept, but is one that doesn’t get quite as much time or nuanced discussion in these times of “diversity” and “inclusion”. Gina Rodriguez reminded us that anti-black racism isn’t just a white thing.

People of color, or the community of color if you prefer, all suffer at the hands of eurocentrism and white supremacy. And while many of us share similarities, to assume or imply that all minorities or ethnic groups are the same, share the same histories or struggles is dangerous. Especially considering how many other non-black POC groups have deep-rooted, long lines of anti-blackness in their communities. This is why it’s particularly irksome when people use the term “people of color” as some sort of a blanket statement when what they really mean is black people. Those terms are not interchangeable, they do not mean the same thing.

Having grown up as a black girl in Vancouver, Canada, I’ve heard my fair share of the N-word, in all its variations. I can’t go out in my city without immediately wanting to leave, because at every club, bar, concert, I can’t seem to escape the hoards of white and non-black POC who just won’t stay in their lane. In my first year of university, my black friends and I would lament about how annoying it all was on bus rides home. Now, years later, we’re ready to throw hands (metaphorically speaking, of course). Obviously, I won’t catch everyone, but if I see or hear the N-word tumbled out of any non-black mouth in a 5-meter radius, they’re getting confronted. To which they usually respond with stammers and sweats. So, in addition to being well-versed in the N-word coming from the wrong mouths, I’m equally versed in the conversations that follow after.

First off, I ain’t ya homie. Second, my friends and I got called n*ggers last week. Harsh “r”. And thirdly, I’d like to introduce you to a term known as “reclamation”. The N-Word is a prime example of the reclaiming of language through the subversion of power. Meaning the Black community has taken this derogatory, racist slur that was and is still used against our community and made it our own. For many, not all, it’s a means of taking power back. This concept only exists from and for the mouths of black people. I know so many of you desperately want to be apart of that, but you can’t reclaim a word that can’t be used against you.

This isn’t a difficult concept to grasp. Various groups do the exact thing. Ta-Nehisi Coates, a writer for The Atlantic, gives another classic case in the video “Words that don’t belong to Everyone“: the word “b*tch”. He uses his wife as an example, saying that while his wife and her friends may call each other bitches, he doesn’t join in and start calling them b*tches. More importantly, he doesn’t have the desire to do so.

We routinely apply different standards to different groups, but it seems as though it’s only when it comes to black people, and black culture, that suddenly the mere thought is unimaginable. Football players slap each other on the rump as a form of encouragement, but doing the same to a random on the street would be grounds for a phone call to the police. Just like how you may allow (or prefer) your partner to choke you during “bedroom time”, that doesn’t mean that they can wrap their hands around your neck and squeeze whenever they’d like. Why? Because context matters. Context is everything.

Micheal Harriot, of The Root, uses the perfect analogy in this hypothetical conversation between two black people:

“[…]Take the woman who was on stage with Kendrick Lamar. How can you call her a racist if she uses the n-word in the same exact context Lamar did? It’s just a song, right?

OK. Suppose you came home one day and found someone naked, asleep, in your bed. Would you be OK with that?

That’s a dumb question. Of course not.

What if they gained entry because you inadvertently left the door unlocked?

I still wouldn’t be cool with it.

OK. Let’s say you invited someone to your house to watch the game. Instead of knocking, they waltzed in the unlocked door, got naked, took a shit in your bathroom and crawled in your bed. That would be OK, right?

Absolutely not. People really shit in other people’s houses? That’s nasty and disrespectful.

Why? I bet you’ve done it a million times. How are they being disrespectful if they are only doing the same thing you do all the time?

Because it’s my house. Every idiot knows that.

Cue the “But… I’m not white. I’m [insert another ethnicity/race here]. We’re [insert feigned attempted at camaraderie]”
Familiarity with black people, or black culture, is not, by any means, the road to blackness. There is no road to blackness, no matter how hard so many of you wish there was. No one cares that you have a black friend, a black cousin, a black boo. No one cares whether your use of a racist slur ended in a harsh “r” or an “a”. We also don’t care that your ethnic group was also slaves somewhere else in the world (in this context). The entire world has suffered at the hands of white supremacy, so if you think that creates some sort of special bond that is somehow transferable to an N-word pass, you’d be mistaken.

The casual use of the N-word, followed by two painfully-lacking apologies, shows just how little Gina Rodriguez, like the rest of the world, understands about the Black Experience. It’s no secret, black culture has become a commodity. Despite black culture being the dominant one, black people, the creators of said culture, are always the ones who pull the short straw. Everyone is afforded the opportunity to celebrate blackness, except black people. We’re persecuted, appropriated, racially-profiled, and killed for being black, for all the varying traits that “blackness” entails. Things that were once considered “ghetto” are now all-the-rage. Features that black people have been historically ridiculed for are now the epitome of “cool”. Yet, I, as a black woman, am followed 9 out 10 times when I enter my local Sephora, despite having VIB points that would put 90% of their clientele to shame.

I love being black, and wouldn’t have it any other way. That being said, blackness often comes with constant labor. So, while you may not be directly responsible for racial inequity, dismantling systems of oppression and white supremacy is everyone’s responsibility.

Non Black folks: you said it so I’m gonna say it too

So, I mean, not saying the n-word is the least you could do.