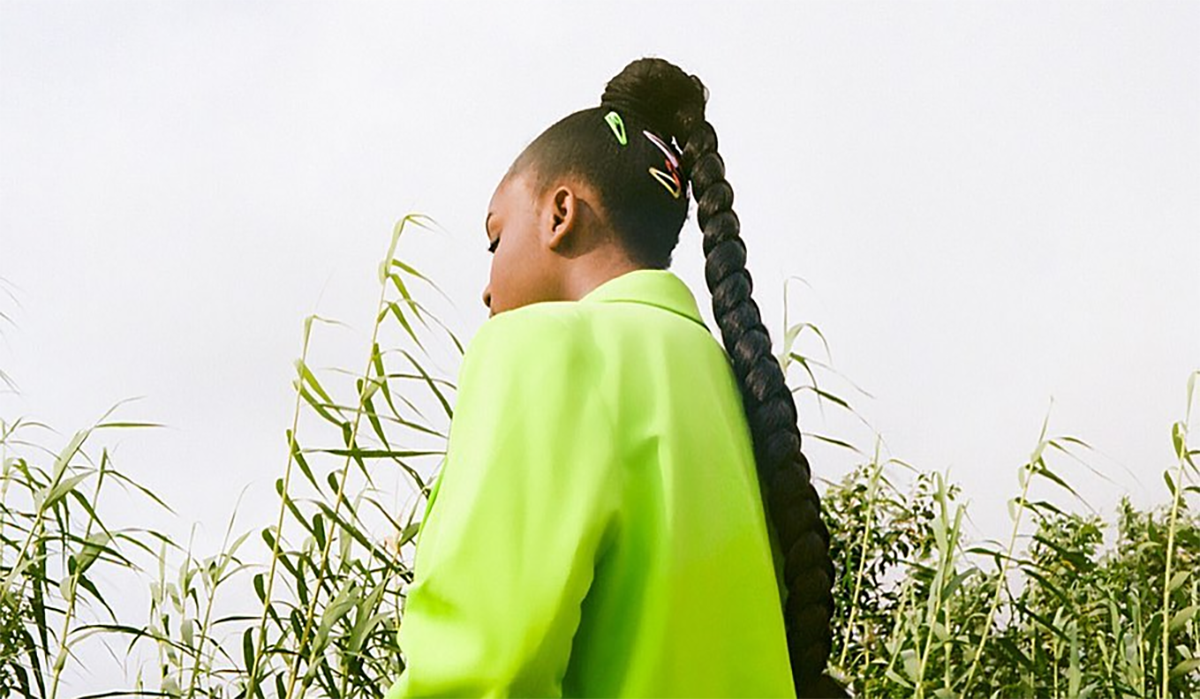 Valentine’s Day explained because we need an explanation

“Valentine’s Day is the most annoying day of the whole year! Every day should be a love day – why is there a whole separate day dedicated to it?!” questions the soft-spoken singer-songwriter Somadina. Despite this outlook, today is a good day to fall in love with some music, as the Nigerian native has just released her freshman EP Five Stages.

Dealing with the complex emotions that come with grief, Somadina uses Five Stages to articulate that loss can be felt in more than one capacity. Having gone through a painful break-up and living at university with a friend who was mourning the loss of a family member – Somadina quickly came to identify the same emotional reaction in both her and her flatmate, “she would get angry on the spot, sometimes she’d be really happy but then in the next moment feel complete sadness. I knew that it was because she was mourning, but to see how comparable both were, even though we were dealing with two different losses, was interesting.”

It was only natural that these feelings led Somadina to the studio, where she was able to communicate a rawness and vulnerability that, although she wouldn’t wish anyone to feel, is completely authentic and 100% relatable.

As a Complex 2020 one to watch star and new No Basic Girl favourite, Somadina is rightfully occupying a space in the music industry that is carved out for her. Offering us a genuine presentation of real-life experience, she is as authentic as they come, she’s proven that there is power in vulnerability and she’s using that power to help us heal. I was able to get a little more insight into what it’s been like balancing uni and a demanding music career, what people can expect from the new project and the impact she’s set to have with her lyrical genius.

Make sure to stream the new EP now, available on all platforms, and follow the star @s0madina to catch the release of her next music video!

How are you managing the balance between university and making music?

You know, it has its days where it’s very easy to cope with, but then there are days where I’m just in London and coming back [to Coventry] at 6 am for a lecture, then going back to London to meet my manager. It is hard, but I feel like at the end of the day if you really try, everything can be really easy to balance out. It’s just a challenge.

Between travelling from university, London and Lagos, where did you find the time to record the project?

I brought my own equipment which helped me a lot! I was able to record in so many places and I re-recorded so many songs. I even remember basically recording a song on the balcony of my friend’s house in London. Most of them I did in the studio in Lagos, some I did in London and I think one I did at uni.

Will we be hearing any evolution/growth in your sound since singles ‘Lay Low’ and ‘Ihy’?

How did you come up with the concept for Five Stages?

When I first got to uni, I had just recently gone through a really upsetting break-up with someone and I was experiencing a lot of pain in a way that I couldn’t actually interpret. It felt like I shouldn’t be feeling this way over losing someone who I haven’t even lost to death or anything. I was dealing with that and my flatmate had recently lost her dad, so there were several things that she would do and characteristics that she started showing which were very similar to the things I had started to do. I became interested in the emotions we were both experiencing. I went to a seminar on grief and started reading more about grief and was just like grief is just a reaction to loss – but because we associate it predominantly with the idea of death, we forget that we can actually grieve the loss of other things.

And like you said, those stages will still present themselves in the same way – even if it’s not on the same scale.

Exactly. I wanted to make an EP that was entertaining and educating in the same way. Like you can grieve over these ‘small’ things. Losing love can be felt just as strongly as losing a loved one.

What is the most important thing you want listeners to take from this project?

I don’t even want people to take anything away from it per se. I think I’ve made this for people who have been or are in the same position that I was. If they do take something away it’s for them to heal. I want people to know that whatever they’re going through there’s an explanation for it – like ‘this is why I’m going through a process of grief and eventually I’ll be okay.’ It took me a long time because I didn’t actually understand what I was going through, and because I couldn’t identify the problem I couldn’t address the problem. I want people to know that, look, if you’re going through a really hard time in regards to a break-up or anything, even if it’s as small as losing your wallet, know that those are stages that you have to pass through but then everything will sort itself out at the end of the day.

Will we be getting any visuals to accompany the new project?

I’ve done one video which was a very cheap shot video, I didn’t really want to put too much thought into it. It was just me and my friends, it’s going to be released a week after the EP drops. I’m working on another video with a really talented director but I don’t know if I should talk about it because it’s not 100% yet.

You’re fairly new on the music scene and with this being your first EP, what kind of offering are you giving as an artist with this first project?

I really want people to understand that this is a genuine presentation of what I’ve been through. To be very honest I don’t care about what people think, but for the people that do receive this I want them to feel like this is very genuine work, and someone has actually invested a lot of their emotions into trying to communicate how they really feel to help another person. I definitely want that to be something that people get from it.