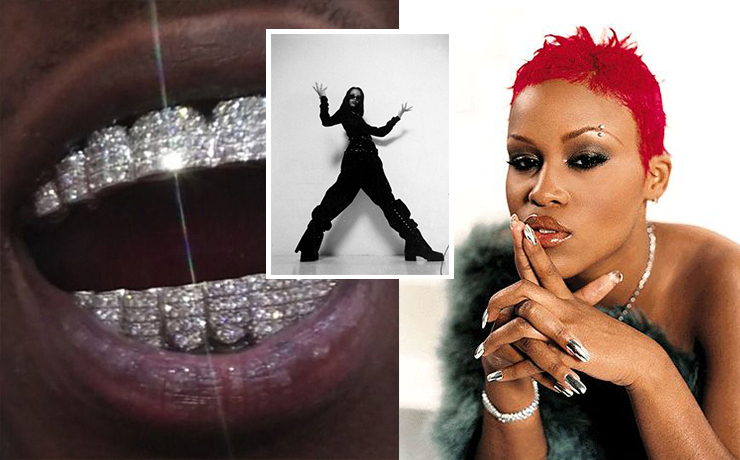 Black-owned style brands to drop your coins at, guilt-free

Y2K. It was set to be the widely prophesied end of the world, of civilisation, of life as we knew it. But with the new world order came a newfound trend that quickly associated itself with this era: the Y2K aesthetic.

What is the Y2K aesthetic?

The Y2K aesthetic emerged at a time where technology and fashion were beginning to merge. Out was the aesthetic of the early 90’s, and in came a new dazzling assortment of endless and largely unknown possibilities–culturally, visually, and stylistically. Aesthetic Fandom​ defines Y2K as,​ “an ​aesthetic​ that was most prevalent from roughly 1998 to 2003. ​Y2K aesthetics​ are often characterized by a distinct ​aesthetic​ period, encapsulating fashion, hardware design, music and furnishings shiny with tech optimism​–​sometimes literally. Most of Y2K aesthetics rely on the use of technology and slick futuristic looks, signalling optimism as people approached the millennium.”

In the late 90’s, this aesthetic could have been illustrated via anime such as Sailor Moon, Nokia cellphones, skater boy outfits, bandanas, and shiny hoop earrings. Pioneered by the style of ravers and EDM fans. But with the 2000’s, futuristic sci-fi films such as ​The Matrix​ propelled this aesthetic to incorporate patent leather, small sunnies, and more tech-elements. Expounded upon in an array of mediums, it’s something akin to Blade Runner​ meets Bratz Dolls, a style aura that embodies both a distinctly futuristic, and now, somewhat nostalgic vibe to it. To quote the Pinterest search tab, it can be epitomised in two words: Retro Futurisms.

Spanning from the late 90’s to early 2000’s, this aesthetic has been adapted, innovated, and perpetuated by a plethora of different platforms such as Instagram, Tumblr, and Pinterest. With pages such as Y​ 2K Aesthetic Institute, ​carefully curating this futuristic fusion. But more than that, it is extended to an innovative lifestyle, which in a modern era, would be perpetually cutting edge and different.

Something between raver culture meets street-wear, these bright, bold looks trail-blazed what was possible in clothing, hair, and make-up. An insight into the way in which fashion would progress in the not so different future. Pioneered by the style of black and Latina communities, this aesthetic can be categorised by lip liner, hoops, baby-hairs, and gloss–all created and defined by beautiful black and brown women.

From pop stars to high fashion, it is this aesthetic which took the world by storm. In the early 2000’s, it was a look defined by Aliyah, Alicia Keys, Bjork, and Gwen Stefani. Of glitter, latex, small sunnies, and hoops. Think Angie in ​Hackers.​ And in 2020, we are still captivated by this trend. But what about it has sustained our collective interest for so long?

Since time immemorial, we have envisioned what the future would be like. For Orwell it was a militant totalitarian regime, whilst for others such as Marge Piercy, it was a communist utopia. From ​Blade Runner​ to ​Akira​, we have been fascinated with predicting what the next generations will be like politically, socially, and stylistically. And in the 2000’s, this was no different.

However, the millennium marked a particular epoch in time, a defining moment as technology and fashion merged. We began to interact with the world on a digital basis. In 2020, a period marked by apocalyptic calamities, climate change, and now a global pandemic–it seems only fitting that a futuristic, and indeed better, faster, stronger utopia remains relevant to our vernacular–culturally and aesthetically.

And this resurgence has been from everywhere from high-fashion to blogs. With the 2016 Met Gala theme being Manus x Machina: Fashion in the Age of Technology to artists like The Weeknd and Dua Lipa, the Y2K aesthetic has clearly permeated. But it’s not one to remain stagnant. It’s constantly evolving, adapting, and changing, as we become more technologically and socially advanced. Which is indeed necessary, if it is to stay relevant.

And in 2020 it has been charged up with new energy, bringing us a nostalgia for those past epochs–now up to date, with a distinctly Gen Z lens. Whilst patent leather and bodysuits were the go-to in the mid-2000’s, this aesthetic has now been adapted to incorporate some, if possible, zanier elements. Paying homage to Japanese streetwear and anime from the 90’s, Gen Z has incorporated butterfly clips, charm bracelets, layered jewellery, and intricate nail art. Look no further than clothing lines such as Dyspnea​, ​O-Mighty​, or models such as Bella Hadid–to see how on trend this aesthetic continues to be, conjuring a distinctly Christina Applegate from ​Married with Children meets C​ lueless​ vibe.

And rather than look to magazines or pop stars to perpetuate this aesthetic, whole tags on Tumblr and Instagram are dedicated to both defining and perpetuating what this trend entails. There are even YouTube videos dedicated to becoming Y2K, so whether it be a How-To Tutorial​ guide, or​ ​clothing hauls,​ thanks to the Internet this trend is forever frozen into the ether. Sustained primarily by Gen Z, this aesthetic has morphed and shifted, but is nonetheless interesting and innovative.

I, however, am absolutely here for it–as I love everything pink, girly, and down-right cute. I mean, glitter, pink eye-shadow, and boob tubes, what’s not to love? I wonder, however, what the Y2K aesthetic will look like in years to come? Will our kids laugh at the way we used to dress? Will it endure into the 2020’s and beyond, perhaps? Time will tell. Until then, embrace the glittery girliness for all it’s worth–and have fun serving absolute #Looks,.