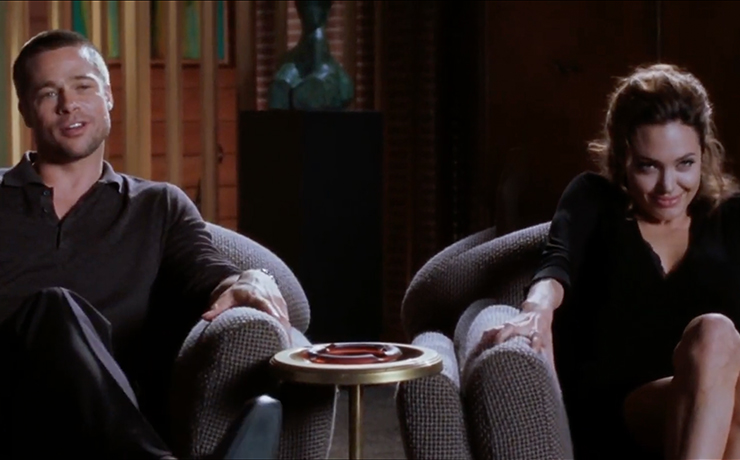 When the term “power couple” is mentioned, the most popular duos that come to mind are most likely conceptually aided by the dynamic expressed through Brad Pitt and Angelina Jolie in Mr and Mrs Smith, the sexiest action film ever made. What exactly so alluring about these couples? The deeply evident yin-yang balance of mutual power, sensuality, and respect for one another.

So who are our favorite power couples of pop cultural phenomena? Most mental lists probably include George and Amal Clooney, Beyoncé and Jay-Z, Blake Lively and Ryan Reynolds, ARod and Jlo, David and Victoria Beckham, Serena Williams and Alex Ohanian. What a beautiful group – not just externally, but in the ways they compliment one another while also retaining that allure all on their own. The power aspect of any power couple is the fact that each of them seems to have totally excelled in their arena of expertise, or at least shows a deep passion for it, which makes them so much more attractive individually, and thus, as a connection.

That’s why whether in pop culture or in day-to-day life, when either party of these kinds of couples finds this match who is as equally accomplished and interesting as they are, it feels kind of like a miracle.

The fact that the sense of heightened success and spotlight doesn’t lead to clashing, but instead only elevates a power couple as a solid duo is a rare and key formulaic result, so when it does happen, the chemistry speaks for itself.

We as a culture love this level of visual completion and connection. Even as kids, everything from PB and J to Minnie and Mickey is about complementary matches being made. Not to say that any of these individuals isn’t complete on their own, but rather, it feels that they fit with one another in satisfyingly seamless ways that trigger our favorite romantic narratives. Even though those who we perceive to be power couples continue most of their dynamic off our screens, body language, respect, and even styling are significant factors visible to us that emanate their synchronistic energies.

Mr. and Mrs. Smith has often been noted as the visual representation of a power couple, but scenes as equally satisfying as the movie itself are actually in the blooper reel, where Jolie and Pitt are seen laughing and flirting and seeming totally comfortable with one another.

Cinema plays it’s usual ever-so-vital role in shaping our imagery around what a power couple could be in a fictional sense, such as when Baby and Johnny nail that lift in Dirty Dancing, or when Rose and Jack define the star-crossed lover trope in Titanic. There’s also Chuck and Blair of Gossip Girl, Daenerys Targaryen and Jon Snow of Game of Thrones before the show F-ed that up, Mary Jane Watson and Peter Parker of Spider-Man —  basically, you get that completely authentic ‘meant-to-be’ mood.

So when real-life couples seem to complement each other in personality, attitude, and visuals as grandly as fiction, a romantic sense of possibility emerges that is so attractive to think about.

The power couple dynamic is powerful because it seems cinematic, it looks incredible, and it feels good to witness even as a bystander, no matter how long it lasts, because you’re witnessing the coming together of what looks to be a perfect match, where neither party can be said to be luckier than the other. Although the word “power” indicates dominance, the key factor to every single one of these duos’ authentic charm is actually balance.