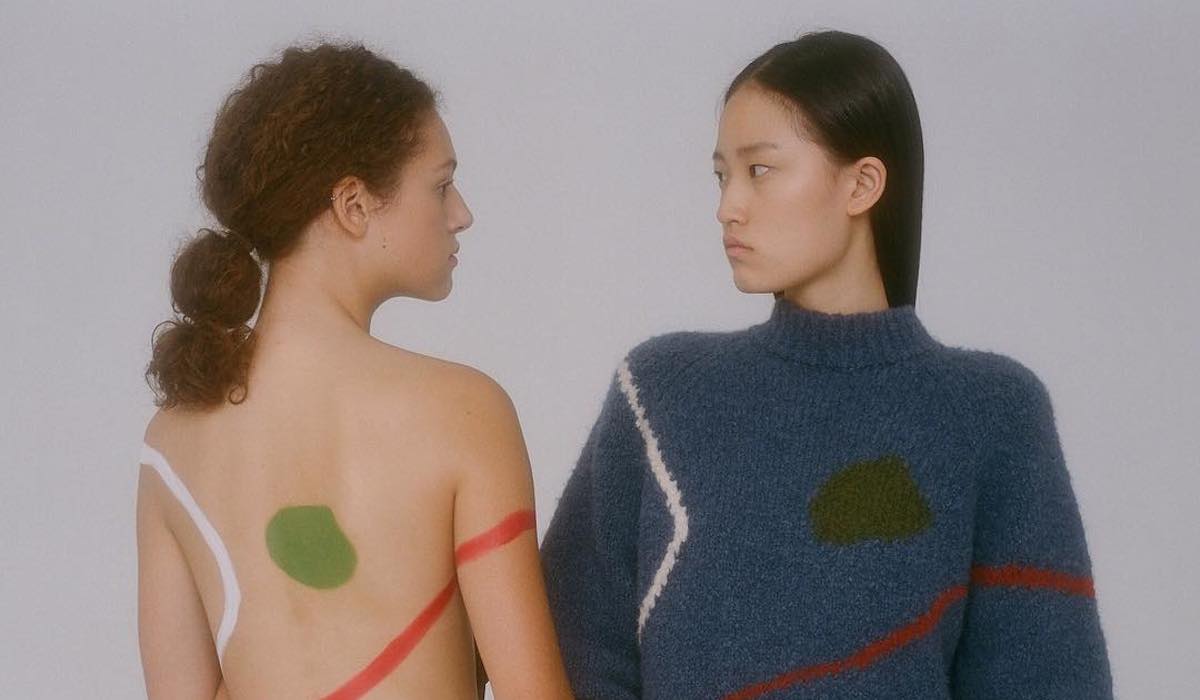 Millennial Avant-Gardes | How to Look Delicious by @conniejerome

If I had to describe the voice of impostor syndrome, I would say it sounds like an authoritative, irritable voice; the mental equivalent of an over-eager student who can’t help but raise its hand. It arrives at the most inopportune times and its goal is to shake up even the steadiest of people. It is what held me back from completing my degree, as well as what motivated me to go back and finish it. It shows up when I receive an “A” or a positive comment on a paper, and in the writing process as the voice in my head, questioning the work I create.  Those who deal with impostor syndrome often feel torn – as though they ought to harvest it in order to maintain motivation, while simultaneously hoping they aren’t crippled under the weight of it. It’s a deal with the devil and the odds aren’t usually in your favor. To buy into this voice is to buy into the idea that you’re fraudulent, that you aren’t what you claim to be, or aren’t capable of doing what it is you do. And while the fear induced by this anxiety may be initially motivating, the long-term effects aren’t always positive.

Last week Michelle Obama spoke with author Chimamanda Ngozi Adichie at a sold-out event in London. As she walked onto the stage, she looked as polished and as confident as ever. But the warmth that was radiating from her didn’t accurately reflect the emotions that were going on inside of her, as she candidly told the packed room, “I still have a little impostor syndrome, it never goes away, that you’re actually listening to me.”

Imposter syndrome, a term coined by Pauline Rose Clance in the late 70’s, boils down to “a false and sometimes crippling belief that one’s successes are the product of luck rather than skill.” It’s a phenomenon that’s particularly prevalent among successful women, such as Mrs. Obama. Clance states that, “despite outstanding academic and professional accomplishments, women who experience the imposter phenomenon persists in believing that they are really not bright and have fooled anyone who thinks otherwise.” Sure, from an outside perspective the idea that Michelle Obama is just “fooling” us seems preposterous. But to her? It feels very real. In fact, it’s been said that most presidents have also felt a looming sense of imposter syndrome upon first entering the oval office.

Zazie Beetz of the critically acclaimed show “Atlanta” is another talented woman grappling with imposter syndrome. Zazie, who recently garnered her first Emmy nomination for best supporting actress, told the NY Times that accepting the recognition and praise hasn’t been easy for her. As she candidly told the reporter, “I think this is actually a little bit weird — it’s where my not resounding, complete excitement for receiving an Emmy nomination is coming from; a feeling of complete impostor syndrome and feeling like I don’t deserve it.” The public aspect of her career certainly doesn’t make things any easier, as she admitted that: “when something is really being publicly lauded, I just really want to feel like I did my best work, and I’m never sure if I do my best work.”

Initially, imposter syndrome was believed to affect only women, but in recent years researchers have found it to be common across the board. Still, research shows that imposter syndrome is much more prevalent among women than men, as “3,000 UK adults commissioned by Access Commercial Finance found that men in the workplace are 18 per cent less likely to experience imposter syndrome than their female colleagues.” Though speculation abounds, one reason for this may be attributed to the societal roles women have been taught to play, and the importance that is often placed on having a sense of “humility,” which can cause the line between confidence and cockiness to become blurred. Case in point: in the memoir “From the Corner of the Oval,” President Obama’s stenographer, Beck Dorey-Stein notes: “In truth, no one who works at the White House really deserves to. It is an honor and a privilege, and if you don’t have a little impostor syndrome, you think too highly of yourself.”

Here’s the thing, though: we don’t need to apologize for anything – not our brains, or our brilliance. And we don’t need to walk around feeling like an imposter to show our gratitude. Perhaps the confidence and contentment that we seek can be found in tracing the origins of the questions that we ask ourselves. Once we recognize how we question ourselves, perhaps we’ll find that the answers to those confidence-shaking questions are found in curating an appreciation for our instincts. For instance, when was the last time you did something based purely on instinct? When was the last time you cooked without needing a recipe, or decided with ease? What if you reclaimed that authority the next time that you felt inferior? It’s in our nature for negativity to stick in our minds more than positivity, but the next time that you feel fraudulent, do your best to reclaim your authority; try to recall that you are not guided by lucky stars – you’re guided by the most capable guide in the world – you.