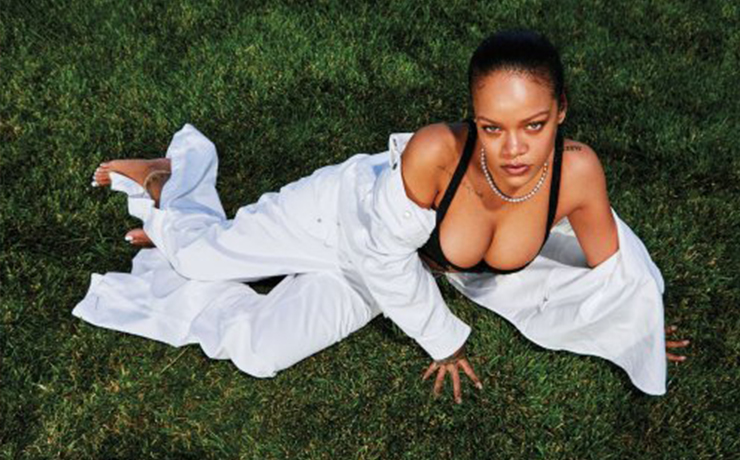 Asata Maisé is a one-of-a-kind, one woman show

Rihanna’s new skincare line, Fenty Skin, is finally here. As with prior Fenty releases, there was so much anticipation for the early access day. Everyone wanted to be one of the first to shop the new goods online. Therefore, customers who logged onto the site on July 29th at midnight EST found themselves staring at a countdown screen, with some reporting wait times that exceeded an hour.

The launch was rolled out with a series of visuals that culminated in a virtual pre-release party—online bouncer and cocktail recipes included—on July 29th. Days prior, Rihanna shared a Youtube video that detailed her inspiration for Fenty Skin, tying it into the appeal of her immensely successful and inclusive cosmetics brand Fenty Beauty. “I believe that great skin makes great makeup and so great makeup looks like great skin. So the inspiration behind Fenty Skin was just creating that foundation,” the singer said.

There was also an emphasis on making great skin more financially accessible and gender-inclusive. In her first announcements for this next move in her career, Rihanna teased the brand by responding to tweets that had previously expressed longing for a Fenty skincare line. “Whoever told you skincare has a gender, LIED to you,” she replied to one user. Shortly after, beauty lovers received a star-studded Fenty Skin commercial featuring the likes of rapper Lil Nas X and model Paloma Elsesser hanging out with RiRi herself. New York-based esthetician Sean Garrette was also announced as an ambassador in a separate video where he samples the inaugural Fenty Skin products: the 3-step Start’rs kit.

When @juanskindiary’s photo game is elite ? #RIHGRAM “I’ve always been a firm believer starting off with a solid skincare routine & adding on to that. @fentyskin has just that, the basics that are great for everyday use yet effective. I’m lucky enough to have had the opportunity to try out their 3 products a few weeks ahead of time and I’ll be sharing my thoughts below! ⠀ ⠀ TOTAL CLEANS’R – This super gentle cleanser is non drying or stripping yet very effective at removing any products you’ve had on your face throughout the day. Once your skin is wet and you massage this cleanser onto the skin it creates a very rich and luxurious lather that feels amazing on the skin! ⠀ ⠀ FAT WATER – A very light yet slightly viscous toner/essence that hydrates the skin without feeling heavy on the skin and sinks in effortlessly leaving your skin supple and glowing ✨ Toners are a great product to use as your second step after cleansing as it replenishes some of the hydration lost after cleansing and creates an absorbent surface ready for products to be applied afterwards. Although this toner is meant to be pore-refining and improve dark spots, I find it to be very gentle and I’m sure pretty much any skin types will be able to use it! ⠀ ⠀ HYDRA VIZOR – Your moisturizer and sunscreen in one! This is a chemical sunscreen but is formulated without oxybenzone & octinoxate making it coral reef-friendly. This light gel/cream moisturizer has an SPF 30 and leaves the most gorgeous glow! While it is a light formulation, i find it’s just enough to keep my skin moisturized without it looking oily after a few hours. Like any sunscreen, to get the full effects I’d highly recommend you reapply every two hours for maximum efficacy! From the 3 products I’ve tried I’m going to say the Fat Water is my favorite! Not saying the others aren’t good (they’re amazing!!) but the toner/essence hybrid really stood out to me. I’ve always been a fan of layering my toner and this works perfectly for that and I feel like no matter how many layers I apply it’s never too heavy.”