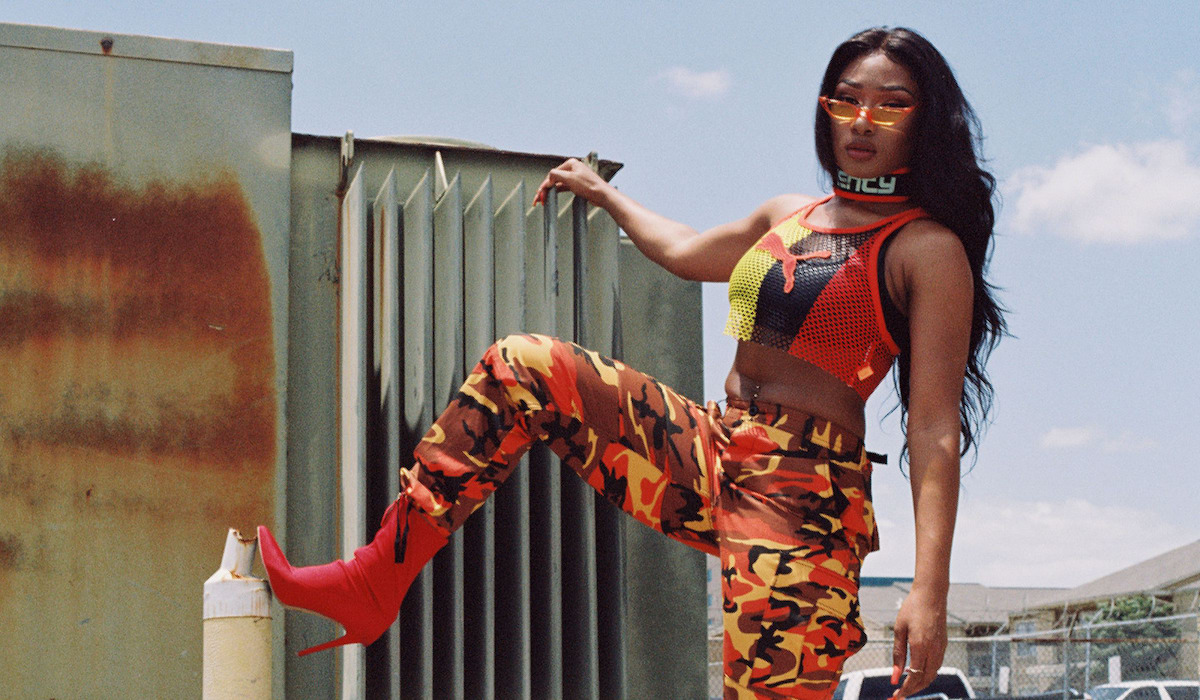 7 Iconic Costumes from the Music Videos You Can’t Forget

Megan has accrued a cult following of fans aka ‘Hotties’ that absolutely love her and it’s not hard to see why. The 24-year-old rapper has a super infectious energy that can be felt even through a screen, watching her just talk let alone perform is pure entertainment. Tina Snow, her latest mixtape, was released in 2018 and has produced anthems such as “Freak Nasty” and “Big Ol’ Freak”.  The latter is super catching and will have you repeating, “Ain’t nobody freak like me/Give ya what you need like me”. All of her raps are so convincing and she flows so fluidly like a smooth bourbon over the beats in her thick southern accent. The Houstonian rapper has also shown her prowess as a legit freestyle rapper. She is aggressive, charismatic, and sometimes tongue in cheek when she spits. Fellow Houston native, Solange, has been seen jamming out to and with Megan, basically anointing her as the next one up.

Megan Thee Stallion is a fan of anime and loves discussing her favorite shows with her fans. She refers to herself as Todoroki Tina, which is a reference to the character Shōto Todoroki from popular anime My Hero Academia. A random Twitter user tweeted that he didn’t believe Megan was an anime fan, implying that women that look her couldn’t possibly be interested in the genre.

This tweet spurred Megan to start a thread of ‘Bad Bitches That Watch Anime’ and the thread was immediately popular, filled with women posting beautiful photos of themselves and listing their favorite shows.

Let’s start a thread of bad bitches that watch anime 🤷🏽‍♀️ drop your photo with your fave show pic.twitter.com/bQvAuiGPT3

She makes her fans feel good and not only just with her music. It is refreshing to see. Watching her impressively twerk will make the most uncoordinated person want to join in on the fun, too.

Megan is not only an artist but is also a student. She is currently enrolled in Texas Southern University studying health administration. In an interview with Billboard, she mentioned her dream of being able to open assisted living homes in her hometown after she graduates and hopes to hire her classmates to work in these homes.

She has cited the late rapper Pimp C as one of her biggest influence, but her love of music came from watching her mother, Holly Thomas aka Holly-Wood, rap as a young child. Sadly in an Instagram post on March 22nd, 2019, Megan announced that her mother had passed away and she later disclosed that is was due to a brain tumor that had become cancerous. She is still going strong as she stated that is what her mother would want.

She has just released a new single called Sex Talk. Meg is audacious, super forward, and direct on the song, as she flows over the thumping bass line. This song should be added to the playlist for anyone that is interested in having a wild ride (wink, wink).

Megan Thee Stallion is about to have a long, wild ride and betting on her is a win-win situation.