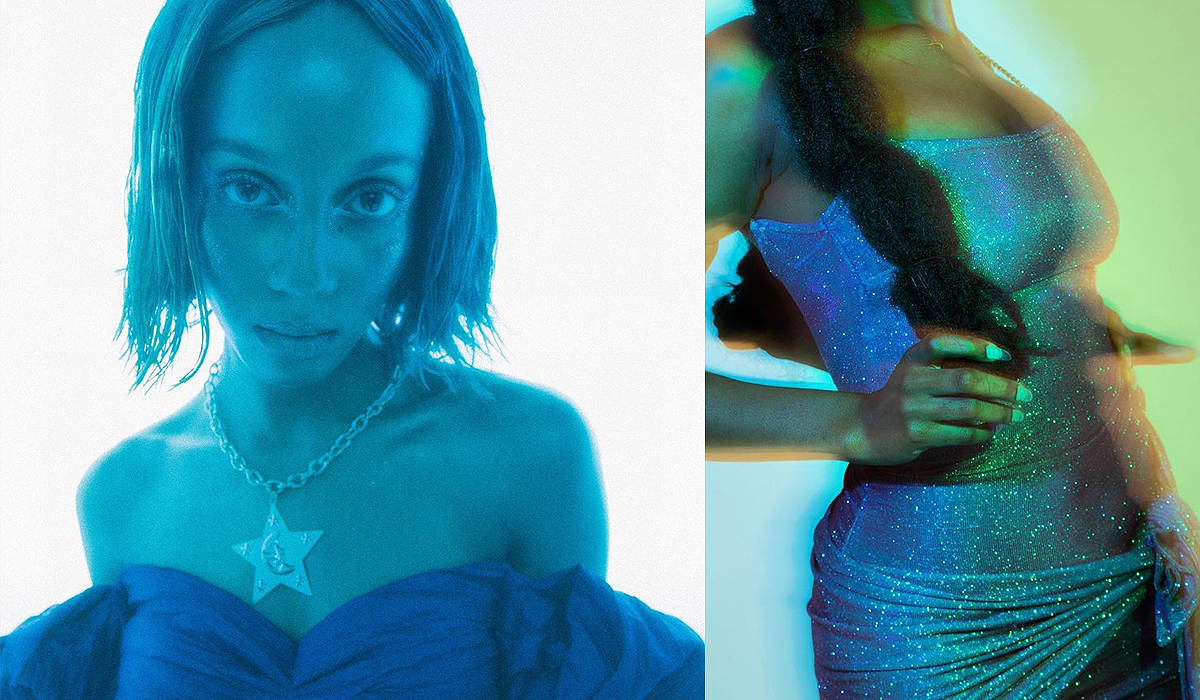 Lagos is easily making headway as Africa’s next fashion frontier. A new wave of designers are redefining and redistributing creative identities by merging our ancestry with contemporary styles to reimagine Afrocentrism. With the clothing industry worth 347,812 million naira – approximately £680,758 or $902,085, growth is driven primarily by the huge population of youth and the current shift in urbanisation according to Euromonitor.

Despite the arts being deeply innate to Africans, we somehow along the way became entangled in corporate responsibilities that broke us from our creativity. Hitting a hard reset, the motherland is releasing fresh silhouettes and designing statement pieces that galvanize the world.

Growing up between London and Lagos, Samantha Adebayo was exposed to the dichotomy between both fashion cultures. This sparked her fervour for an industry that acts as a lens into society and led the creative director to pioneer Gëto, one of the country’s first female-owned contemporary labels.

Named after the Geto Boys, the brand’s aesthetic pulls heavily from 80s and 90s hip hop, unlike any others seen nation-wide. This cross-pollination of global identities made it easy for Gëto to gain headway amongst Nigerian youth and the diaspora. Playing off the misrepresentation of African ghettos across the world, the name also highlights the momentous grip “ghetto” American culture has on everything.

“I’ve always been obsessed with films like Menace II Society and Paid in Full, so I immersed myself in documentaries, interviews and podcasts about hip hop culture. This made it so apparent that the rest of the world may consider Lagos a big ghetto, but this is a paradox – we all hustle and strive to be happy no matter where you’re from” Adebayo explains.

Exploring the fashion world comes naturally to Samantha. Performing deep dives into collections that stood out to her since childhood, researching designers careers and catalogues became her favourite pastime. This interest eventually evolved into a fashion blog that helped cultivate her style (and I’m sad to have missed).

This reinforced her belief that “style is a form of self-expression and it should be respected as such. No one should be able to tell a woman what she can and cannot wear. Consider this a clear indication that empowerment is wholly woven into the brand’s DNA, generating a movement intended to make the wearer feel “beautiful, but also cool”. What is hidden beyond the surface, however, is how the 20-something is solving the body bias women of colour are far too familiar with.

I wanted to prove that you don’t need the European body type to wear avant-garde pieces. Black female bodies are always over-sexualised in the media and aren’t given enough thought in the west.

In our discussion, she so eloquently highlighted how popular sizing systems are contoured to white body types, leaving behind the greater integrity of the world. She gracefully adds “the idea is to create our own trends and our own vision of what is elegant and beautiful.” And I stan.

Interplanet her most recent collection, dropped this September, challenges the alienation of Black people. This is coherently expressed through her IG #boardofmoods and the collection’s trailer, below:

Breaking down the references in the collection, Samantha details “our looks are considered flawed, and our artistic and athletic abilities are dumbed down to pure luck. This has taught us to conform to Eurocentric standards. Interplanet navigates the idea that our differences are instead something to celebrate – that our cultures, features and talents are more than ‘exotic’ and out of this world. Literally.”

“The collection explores this through a combination of references, including TLC’s alien-themed No Scrubs video, the portrayal of African hairstyles (specifically through the eyes of African artists) and basketball icons (to celebrate our athleticism). It also highlights the idea that we as a people are unique. Through colours and themes, we hint that we are aliens from a more developed plane many galaxies away.”

Beyond the fresh and quirky designs, Gëto’s unparalleled creativity shines through their marketing. While influencer marketing remains on the rise in Nigeria – most influencers being classes as celebrities – Samantha recognises the worth of employing such strategies beyond clout.

“Working with celebrities ensures consumers that the clothes are wearable. When I was younger and I saw something on a runway, it was quite difficult to imagine it on me. So, I would look at photos of celebrities I admire!” As any good designer would, the CEO created a rendition with her label. Most especially when it comes to emerging artists, “because growing alongside my clients and representing Nigeria together in a collaborative form” is something she remains passionate about.

Gëto’s ability to pull from multiple cultures while spotlighting and empowering Nigerian women is nothing short of rad. She is ultimately stirring the emergence of high-fashion streetwear as seen in Paris, London and New York, encouraging the everyday woman to take style risks beyond the traditional mould.

Advocating for the womenswear market – which boasts 159,179 million naira – and sportswear – which raked in approximately 70,011 million naira last year according to Euromonitor – Gëto creates functional clothing that keeps historical practices in consideration. The perfect example is their pocket busted corset, designed “in homage to women who owned market stalls throughout history and stored their money in the bust of their undershirts.” Through her designs and creative processes, Adebayo advocates for women across every walk of life to be the highest version of themselves.