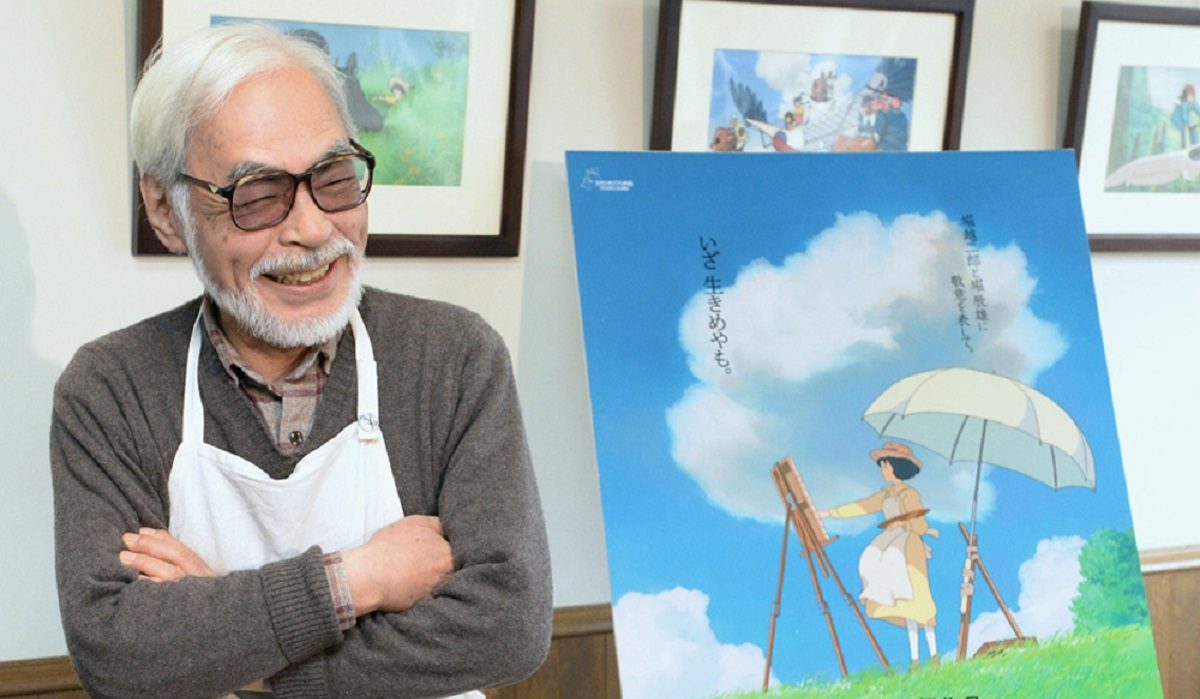 Anime lovers, it’s time to rejoice the return of the renowned and extremely talented Studio Ghibli co-founder, director and animator Hayao Miyazaki, after announcing his retirement in 2013. After the release of The Wind Rises (2013), it was reported that he would be stepping back from making feature-length films due to his age. However, back in 2017 Studio Ghibli producer, Tashio Suzuki revealed that Miyazaki was working on his next feature-length film for the studio, teasing many excited fans for the director’s return to the big screen. It’s since been confirmed that Miyazaki is indeed working on the feature-length film, titled How Do You Live?, pegged for a Summer 2020 release ahead of the Olympics, although has since been reported it might see delays! Alas, don’t stress just yet, as the best news is that Netflix has now bought the rights to 21 films out of the Studio Ghibli catalogue, all to be rolled out across February to April 2020 on the streaming platform. It appears they will be released in groups of 8 starting with Studio Ghibli’s earliest films – oh you all better start planning those movie marathons ASAP!

Created in 1985 following the success of Nausicaä of the Valley of the Wind (1984), a Japanese epic written and directed by Miyazaki, Studio Ghibli has become an award-winning and globally acclaimed animation film studio responsible for the majority of Japan’s highest-grossing films. Miyazaki is often hailed as one of the greatest animators of our time for his attention and appreciation of art and deeply complex themes of humanity and our relationship with nature and technology, the importance of art and craftsmanship and the difficulty of encouraging peace in a violent world. We love a strong female in charge and Miyazaki usually features strong female leads (obviously a win), as well as morally ambiguous antagonists with redeeming qualities.

As a master storyteller and the genius behind films considered to be the best of their decade, if you don’t know then now is the time to get to know! As always we’ve got you covered here at NBGA with our top 5 Studio Ghibli picks. Don’t forget to get in touch with us @nbga.mag on Instagram to let us know which one was your fave.

My personal favourite and what kick-started my anime addiction! The protagonist Sophie is a young milliner who gets cursed by the Witch of the Waste, causing her to age prematurely. She soon befriends the infamous wizard Howl, his apprentice Markl, the charmed fire-demon Calcifer and various other creatures that are drawn to her fiercely loyal spirit, on her journey to reverse the spell. It’s truly a story to fall in love with about the importance of friendship, finding peace and an understanding that not all is as it seems, and that everyone has the potential to change.

Nature is in disarray and it is up to the young Prince Ashitaka to find out why. He encounters a human girl, San (the amazing Princess Mononoke) who has grown up with the wolves and despises the humans for what they are doing to her forest home, and Lady Eboshi – the leader of Iron Town, who is seemingly the enemy for her procuring of the forest land for her people. Similar to many other Miyazaki films, there are no clear cut heroes or villains; on one side San is just trying to protect her people, but at the cost of innocent lives, while Lady Eboshi wants advancement for her people who have been exiled from society. It’s highly moralistic and will leave you with some food for thought, considering our current environmental crisis! It was the highest grossing film in Japan in 1997, and was the first animated film to win the Japan Academy Prize for Picture of the Year – this is major clout. There’s nothing like two strong female leads fighting for what they believe in!

Ponyo won the Japan Academy Prize for Animation of the Year and it’s reported that ‘ponyo’ was the word Miyazaki came up with to describe what something soft and squishy would sound like when touched… *screams in adorable*. Inspired by The Little Mermaid, Ponyo is a goldfish who befriends the young Sosuke, and is on a quest to become a human girl. It’s a heartwarming tale of love, friendship and humanity’s relationship with nature, a magical fairytale with a sweet poetic narrative to be enjoyed by adults and children alike.

Regarded as one of the greatest films of the 2000s, the character of Chihiro was inspired by a friend of Miyazaki’s daughter! With strong Japanese folkloric themes, Chihiro gets seperated from her parents and enters the world of Kami – essentially spirits that exist in everything. She must work for an evil witch Yubaba while trying to find a way to save herself and her parents. It’s a remarkable tale about  coming-of-age, looking at the inbetween of childhood and impending adolescence/adulthood. Not only was it the highest grossing film in Japanese history, it won an Academy Award for Best Animated Feature, as well as an impressive 34 awards out of 37 nominations!

The first official film animated by Studio Ghibli and another of Miyazaki’s most popular creations. The story of Sheeta and Pazu is full of action, mystery and pirates. Pazu must protect Sheeta from the rogue pirates who are out to steal her magic pendant and uncover the secrets of Laputa – a sky kingdom known for its legendary treasure. The film has heavily influenced Japanese popular culture and has inspired numerous games, media and films, in Japan and internationally. It also won the Animage Anime Grand Prix in 1986!