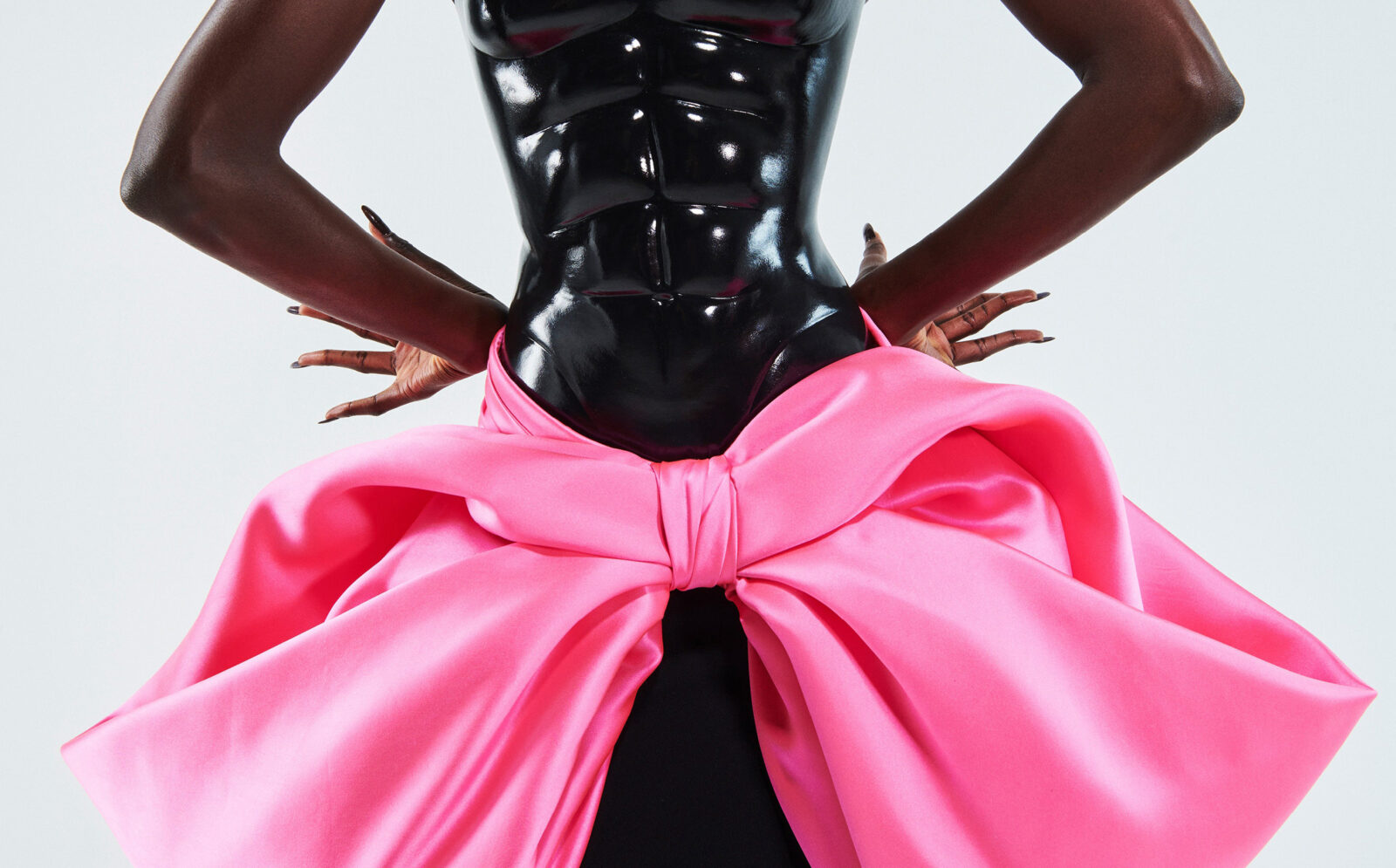 We’ve finished up yet another couture season amidst the pandemic. The week of enviable collections featuring detailed handiwork from seasoned couturiers usually draw a crowd but designers made due with the new norms. There were stunning debuts, and gowns worthy of an art museum. To catch you up on the latest from our favorite couture houses for Spring 2021, we’ve rounded up all of the highlights!

This season marked two major debuts. Fendi at Couture and Kim Jones as Fendi. The designer who previously held positions at Louis Vuitton and Dior presented an array of structured suits and dresses on a star-studded cast. Demi Moore, Naomi Campbell, Bella Hadid, and Kate Moss, sported finger waves and wet-look hair with iridescent fabrics and beaded pieces with standout accessories. Models tucked away into tiny glass rooms with flowers, bookshelves, and more as fog descended onto the museum-inspired runway.

Another notable debut, Area’s runway show. Designers Beckett Fogg and Piotrek Panszczyk, who have delivered some of the most exciting sparkling and glittering moments at NYFW debuted a mix of complex shaped suits and tiered dresses. In true area fashion models were dripping in Swarovski crystals.

We wouldn’t expect anything less than show-stopping from Pierpaolo Piccioli’s Valentino. The show was full of outstanding details and a covetable palette of bright pinks and greens, rusty orange, cool blue, neutrals, and head-to-toe gold, literally, models’ faces were covered in gold. There were slouchy platform boots and gloves paired with trench coats and floor-grazing skirts and gowns.

after the year we’ve all had Viktor and Rolf told vogue they wanted something fun and lighthearted. Descending down the runway was a mix of fabrics, colors, and materials, a mixed media artwork of sorts. Paired with each colorful look, chunky shoes, and the hairstyle of the moment, the mullet.

There were big dresses and even bigger hair at Giambattista Valli, but what else would you expect from the brand that gave us that Ariana Grande Grammy moment. Valli delivered on the drama and volume with tiers and layers of ruffles and feathers. Flower appliques and flowers adorning models’ hair and faces and the color palettes was a rich mix of reds, pinks, creams, and yellow.

At Chanel, their socially distanced show had a bit more of an audience than their last show where Kristen Stewart was given the honor of being the only showgoer. The collection was light and fun, flower crowns and the house’s signature tweed mixed with floor-grazing chiffon. Floral arches accented the runway as models walked a petal covered floor.

Dior’s picturesque collections wouldn’t have looked out of place at any art museum. With subdued palettes and shapes fit for the 16th century, Maria Grazia Chiuiri drew inspiration from early tarot decks discovered in the 1400s.

With a mix of campy shapes and silhouettes, Daniel Rosenberry added a bit of fun to couture week. Models sported over the top accessories, foot-long gilded nails, and pierced gold breastplates.