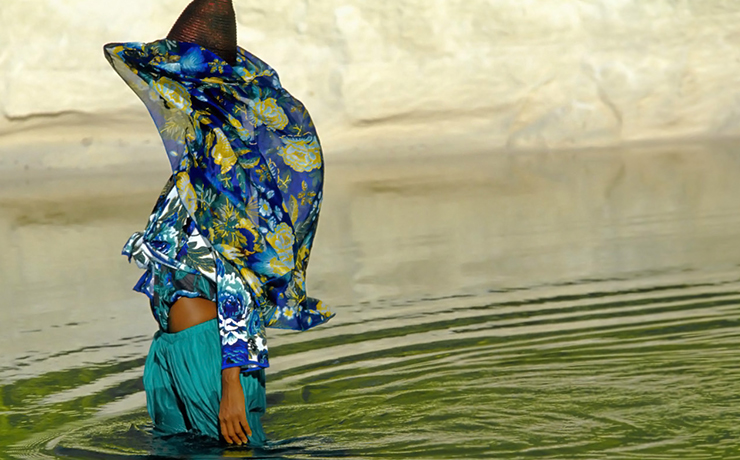 Glossier teams up with WNBA superstars in its latest beauty campaign

Earlier this month, Kenzo Takada passed away at the age of 81 from complications linked to coronavirus. The heartbreaking news of his death came during Paris Fashion Week, and in a press statement by his team, it stated, “It is with immense sadness that the brand K-3 announces the loss of its celebrated artistic director, Kenzo Takada. The world-renowned designer passed away on October 4th, 2020 due to Covid-19 related complications at the age of 81 at the American Hospital, in Neuilly-sur-Seine, France.”

Born in 1939 in Himeji, a city near Osaka, the Paris-based Japanese designer Kenzo Takada created the international luxury fashion empire Kenzo. His parents were originally against his pursuit of fashion, but that didn’t stop Takada. When the Japanese government offered Takada money for his apartment to make room for the 1964 Tokyo Olympics, Takada took his studies to Paris in 1965 despite hardly speaking any French.

At the very beginning of his career, Takada sold sketches to fashion houses but later decided to start his own store called Jungle J*p. With controversy over the name of his brand, Takada renamed his brand “Kenzo,” and thus the iconic brand was born. Soon, he established his brand in Paris’ high fashion scene, a world that was exclusively, well, white.

Influenced by his Japanese roots, Kenzo Takada was the first Japanese designer to break into the French fashion scene. Takada was known for his vibrant prints and his trademark tiger graphics, and his outlook on women’s clothing was ahead of the times. Takada refused to conform to the French standard throughout his career, and he often experimented with genderless fashion. Eventually, Kenzo became a highly recognized fashion label, and he soon added menswear, fragrances, and more.

All of sudden at the height of Kenzo’s success in the 90s, Takada sold the brand to LVMH. During this time, the death of his partner Xavier weighed heavily on him, and not to mention, his business partner had a stroke. Takada stayed at the label for a few more years before he retired from fashion in 1999 at the age of 60.

Although he left the fashion world to pursue a career in the arts, Takada still remained one of the most influential figures in Parisian fashion. His vision and beautiful creations were innovative and inspired millions worldwide, paving the way for Asian designers in the industry. The fashion world will continue to celebrate the world-renowned designer and his legacy will live forever.