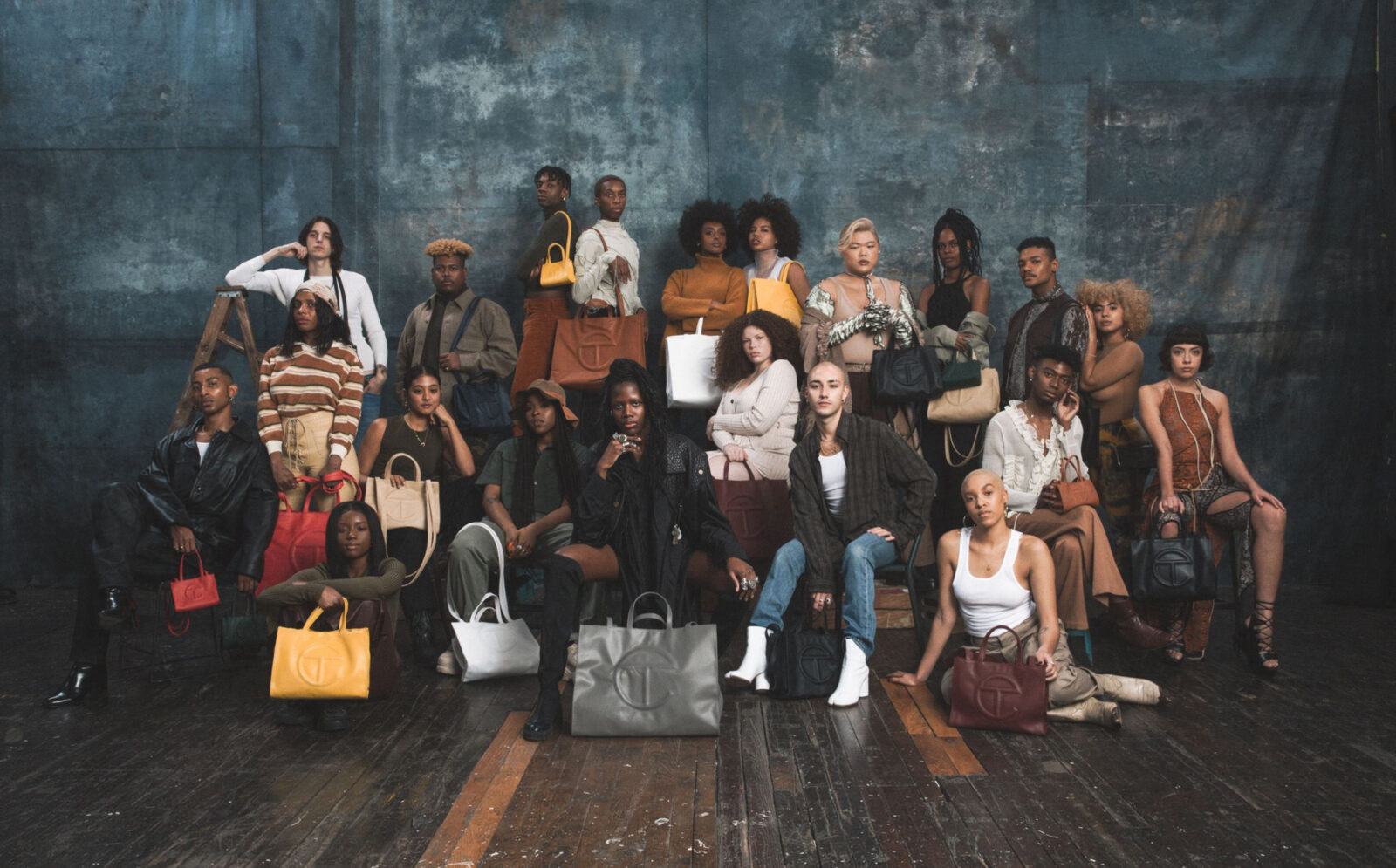 When talking high fashion, it’s often depicted in its exclusivity, like a club that very few can join, but this isn’t the case for NYC-based brand Telfar.

The Brooklyn-based designer Telfar Clemens launched the notorious shopping bags, and it’s making its way up the luxury designer list. The Telfar bag, also known as the “Bushwick Birkin,” is not only affordable but its sleek monochromatic design and signature “T” logo make the bag versatile and easy to pair with any outfit. Not to mention, the bag has been seen everywhere from the concrete streets of New York City and even worn by A-list celebrities like Solange, Bella Hadid, and Selena Gomez.

Liberian-American designer Telfar Clemens first established his brand in 2005. In his own words, Clemens describes his brand as “genderless, democratic, and transformative.” The first-gen designer rewrites American sportswear from his perspective through comfort and style, using techniques like deconstruction and patchwork. In 2017, Clemens received the C.F.D.A./Vogue Fashion Fund award, and the $400,000 cash prize was used to revamp the iconic shopping bags.

In a matter of time, the Telfar bag became the “It” bag to have. The shopping bags, made of vegan leather, come in three sizes and costs range anywhere from $150 and $257 depending on the size.

For writer and filmmaker @ajahnidhana, she said, “I’ve always liked them [and] I think now they’ve blown up so much because after George Floyd, people were really into the whole ‘support black business’ so more people found out about Telfar and flocked to it, especially since it’s affordable for a ‘luxury’ brand.”

With its reputation and affordability, purchasing the bag is like a virtual Hunger Games — but make it high fashion. These days, copping the usually sold-out Bushwick Birkin is a challenge especially with bots and resellers. But this isn’t a problem for Telfar — the brand is redefining what it means to be “luxury.” In Telfar’s recent Secure The Bag Program, for example, Telfar fans can finally purchase whatever bag they want, however many they want, with no bots in sight.

What makes the Telfar bag unique isn’t just because it’s trendy, but it symbolizes a sense of community among queer people and people of color, especially Black consumers. Aside from Telfar’s signature aesthetic, writer @_degrassyass said, “The designer is both Black and Queer so this product was made with those communities in mind, and the fact that he’s very anti-bot and Telfar’s social media feels approachable.”

Telfar markets itself as a “luxury bag for the masses” and is challenging the notion of exclusivity in fashion, all while being Black and Queer. For journalist @kevinmartinii, he explained, “Telfar Clemens is showing that Black can be and is high fashion. As we know, the fashion industry is not only exclusive but very VERY white-washed, and not a lot of designers of color, especially Black and Indigenous Designers get the recognition they deserve in the world of high fashion. Given everything that has happened in the current political climate such as fighting racial injustice, there’s been a very revolutionary trend to support Black artists, businesses, and activists. So with that being said, I think The Telfar bag ultimately represents to not just the BIPOC community but to the world that Black designers can compete with high-end, renowned names like Hermes and Chanel and Dior, which to me is so exciting.”

Kevin continues, “Ultimately, I go back to the concept of the ‘Bushwick Birkin.’ You know when we think of a Birkin bag we think of Gossip Girl characters or the Kardashians who live on the Upper East Side and Hidden Hills, California. When we think of a Telfar bag, we think of the cool kids of New York. I’m not talking about the cool kids who live in gentrified East Village or Lower East Side or even Williamsburg, I’m talking about the cool kids who live in deep Bushwick or Harlem or even up in the Bronx. I think of the streetwear/skate culture that is so popular right now. You know like that Larry Clark ‘Kids’ aesthetic everyone loves to romanticize so much. So for me, Telfar embodies that cool kid from New York vibe. The kid who knows where to get the only $3 bacon, egg and cheese sandwich in the city left while also bumping elbows with the elite of New York. The Telfar bag also represents to me the birth of a revolution in fashion. One that is finally not just making room for but building a damn empire for up and coming BIPOC designers and artists.”

As we all know to be true in fashion, the price for the iconic Telfar bag will eventually increase, and some shoppers believe that buying now is like investing into the brand. After seeing the bag trending in New York, NYC-based artist @tiairacouncil explained, “I think Telfar became appealing to me once I recognized the value of investing in his company. The bags are affordable, vegan leather, simple, fashionable, and BLACK. Purchasing a Telfar bag feels like claiming a spot in history.”