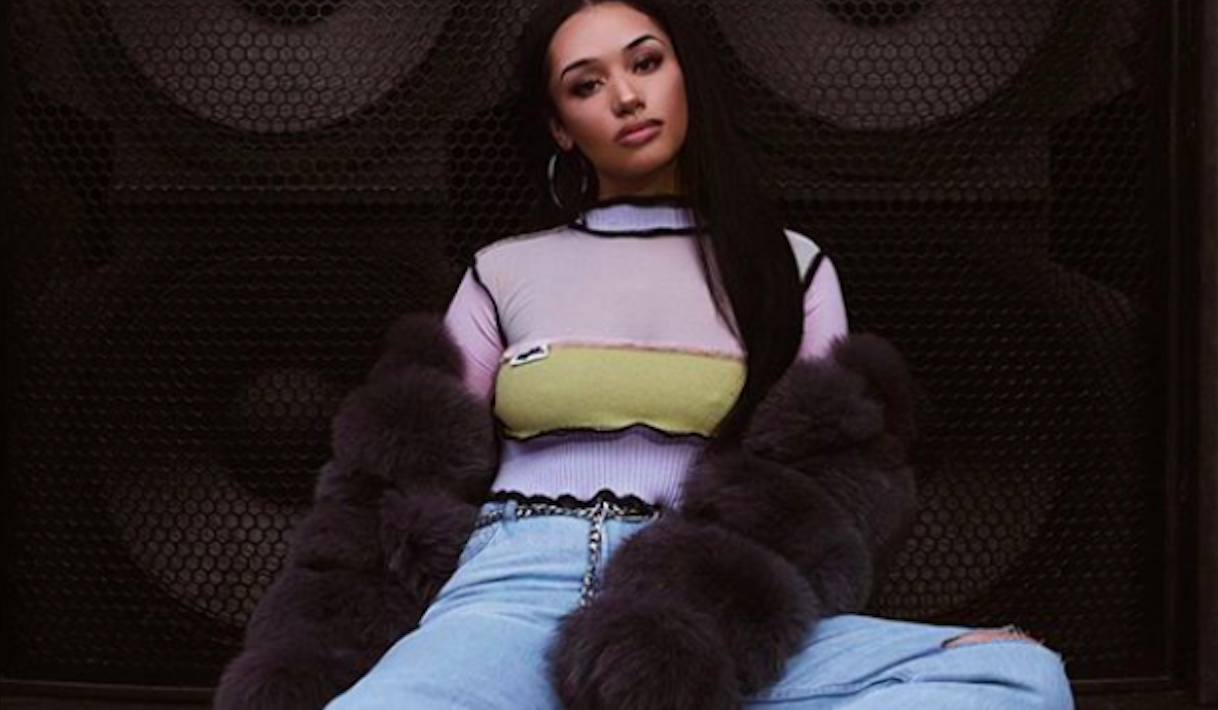 The fashion items that might be worth investing in

In the UK, the term “wavy” is colloquially used to describe anything that is unique, fresh and undeniably cool. So it’s comes as no surprise to us that this weeks’ featured DJ has attached the popular designation to her moniker – provided she categorically embodies all of the aforementioned attributes and so much more.

DJ Jocewavy’s rise has just begun, as she joins a new-generation of female disk-jokey’s worldwide who are dedicating their sets to showcasing cutting-edge rap music in all its forms and genres; from drill to trap. Hailing from a large town just twenty miles south of London, Joce grew up alongside the capitals’ second generation of grime-heads, and has now entered the music industry with an adept knowledge of how to get a crowd jumpin’ on her home turf. Furthermore, her prospects to curate festival line-ups, support artists and *shell-down parties the world over will surely see her permeating an international audience in the very near future.

Below, we catch up with the talented creative to talk her beginnings in music, the challenges associated with being a female in a male-dominated industry and her desire to develop her expertise with regards to music production. Not only this, we get the priceless opportunity to deep-dive into her USB’s, as we hand over the decks and let Jocewavy take over our tracks of the week. A fresh-faced tastemaker with her ear to the underground, you won’t want to skip over the tracks she’s got bubbling on her exclusive playlist.

Tell us a little bit about yourself, where you grew up, and the type of music that defined your childhood.

Hey! I’m DJ Joce Wavy, i’m 23 years old and I grew up in a town called Crawley, just outside of London. Well, my dad is a DJ so I grew up watching him play and listening to a lot of old school Rap, R&B and UK Garage; naturally, I was into the music he was into as a child. I guess due to my dad’s passion for DJ’ing, I was always into music growing up and went through various phases where i’d become completely obsessed with one specific genre at a time. As a result of this, i’d say I have a really broad music taste when it comes to the genres I chose to listen to today.

When did you start DJ’ing, and wasthere a specific genre of music that drew you towards pursuing it as a career?

I guess it all started as a hobby, when I was a teenager I used to go along to my dad’s gigs and make mixes at home in my spare time. I’d say I started taking it seriously as a career about two years ago. In 2018, I started really getting into trap and drill music – which is what I began mixing when I first started – then, progressively I started exploring other genres of rap music and eventually afro-beats and dancehall.

What were some of the main challenges you faced when first starting out as a DJ?

One of the main challenges I faced was getting people to take me seriously as a DJ. I guess, when people see a pretty girl on the decks in the midst of a male-dominated industry, they can be quick to dismiss you. It was hard at first, as people would make fun of me online saying that my mixes weren’t so great – I couldn’t wrap my head around why people would expect them to be perfect as I was just starting out!

How did you overcome these challenges?

I decided to start ignoring internet trolls and began focusing more on doing my own thing. I quickly realised that it’s not my job to prove to people that i’m good at what I do, and furthermore I can’t let people who have never met me stop me from pursuing my dreams and reaching my goals.

Are there any other DJ’s that inspire you, or have even given you some tips along the way?

Almost every DJ i’ve met has inspired me in one way or another. However, i’m super inspired by the other female DJ’s working in the industry right now, as I feel like we all go through the same things. Some honourable mentions would have to be Tiffany Calver, Snoochie Shy and Bossy LDN. They’ve all been killing it recently and are fiercely dedicated to helping out other DJ’s on the come up.

How do you stay in the know about the newest up-and-coming artists? Are there any tricks you’ve learned that help you find stuff that nobody else knows about yet?

I rarely watch any TV, so in my spare time all I really do is listen to music and watch music videos. I find new artists on various streaming platforms from Spotify to Youtube. Lately, I’ve been finding new artists on Instagram also. I think with the internet it’s super easy to stay up on new artists as there’s just so much out there.

You primarily play UK Drill, as well as American Trap and Hip-Hop – are there any other genres of music you’d like to experiment with in the future?

Recently i’ve really been loving incorporating afro-beats and bashment into my sets. I have considered experimenting with house music at some point, but it’s early days with regards to my career and my heart is set on trap music at the moment. I guess I still consume music the way I did when I was younger, right now trap is really doing it for me, but who knows what genres i’ll explore in the future.

Who’s your top artist to watch out for in 2020? Is there anyone that’s on your radar that you think is super underrated right now?

I’d say my top artist to watch out for this year is definitely Pa Salieu. I met him last year during London Fashion Week and I think he has a raw sound which sets him apart from other rappers. Another person I feel is super underrated and is on my list of artist to watch out for in 2020 would be KDvsGOLIATH – he hasn’t got many songs out right now, but I feel as though he has the true potential to be a star.

If you had the chance to host your dream party who would be on the line-up, and why?

It’s a big dream of mine to put on a festival one day because there are just so many artists that I love. I’d say the line-up would have to have Drake, Gunna, Future, Young Thug and Travis Scott on it, as they’re some of my favourite artists of all time; I listen to them all on a daily basis!

What has been your favourite set you’ve played to date?

Playing Reading Festival and Leeds Festival here in the UK last year was a big highlight for me – i’d say they were my favourite sets to date. I was DJ’ing for an artist called DigDat, and although I only played a few songs from my own playlist before he came out, I think playing in front of thousands of people really put things into perspective for me. I feel like the experience gave me a renewed hunger and motivation for the future.

Can you give us a little background about your favourite track that you’ve included in this week’s playlist?

Of course! It’s the first track that i’ve included and it’s called “High Top Shoes” by Zaytoven, Lil Yatchy & Lil’ Keed. I love Zaytoven, he’s one of my favourite producers and I look up to him a lot. Not only this, I feel like Lil’ Yatchy and Lil’ Keed – who are also two of my favourite artists – really switched up their flows on this song and made it something special. It’s a great collaboration, and the general vibe of the song really puts me in a good mood.

Lastly before we get stuck in to your playlist, do you have any up-coming gigs or projects you’re working on in 2020 that we should be looking out for?

This year, i’m really focused on developing my sound as a producer – not many people know this but I love to make music just as much as I love to play other peoples. I’m working on putting out some singles of my own this year so watch this space. Until then you can find me on all my socials at @jocewavy!