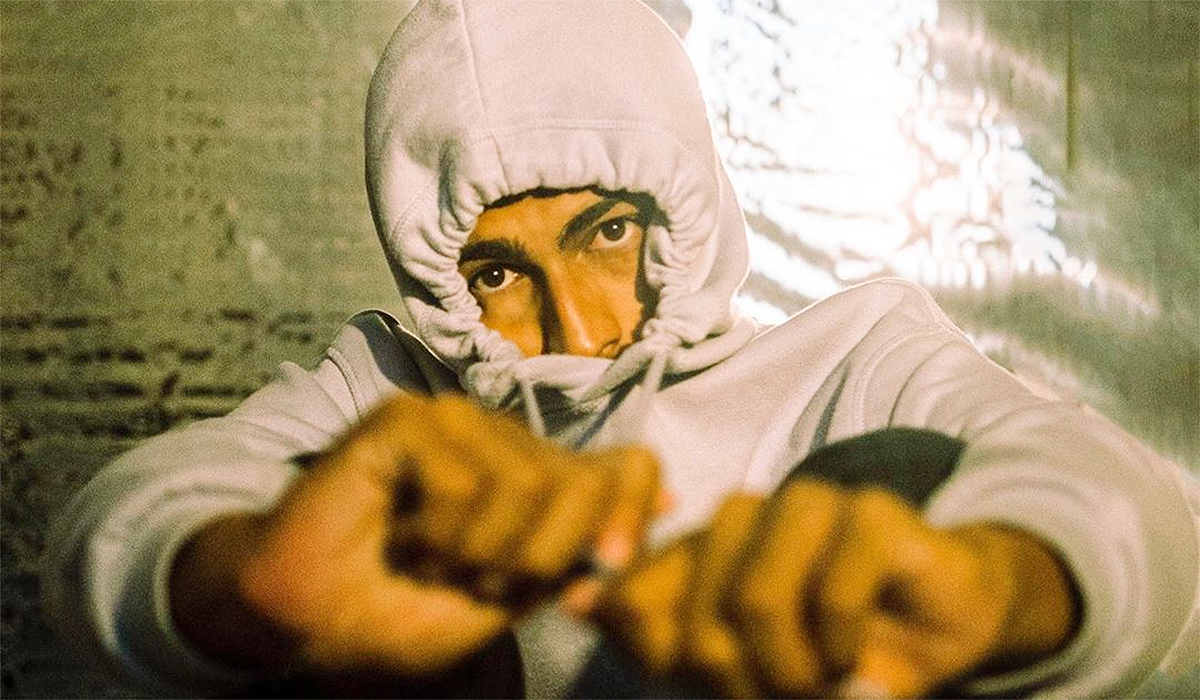 5 ways you can tap into your divine feminine energy

Marcos G never envisioned that he would have a music career — With a Bachelor’s in Education, he originally wrote songs out of boredom to random Youtube beats. Amassing well over 300,000 Spotify listeners and millions of streams, the singer-songwriter happened to make it on everyone’s playlists like Spotify’s Low Key and even mentioned by K-pop megastar Kai. Marcos G is undoubtedly an artist to watch out for.

Inspired by artists like Frank Ocean and Drake, Marcos G delivers a new genre of laid-back and enticing sounds laced with R&B and dance-pop vocals he refers to as “G-pop.” His songs are nostalgic yet inviting, which are the perfect remedy for those sleepless nights, long car rides, and even the occasional heartbreak.

Hailing from Hialeah, FL, Marcos Garcia or better known as Marcos G, comes from Nicaraguan and Colombian roots. Prior to his music career, he played classical piano but it wasn’t until he was 17 years old when he had the opportunity to sing at church. Shortly after that moment, it was clear to those around him that he had an exceptional talent for music, and their encouraging words motivated him to perform more.

In a 20-minute car ride through traffic one day, Marcos wrote “Single (On the Weekend)” to a Youtube beat out of pure boredom. Soon after uploading the track on Soundcloud back in 2018, SOTW became a hit, getting him signed to a manager and eventually releasing an album two years later. “This whole world is so unpredictable,” Marcos shared with NBGA. “I was studying to become a teacher and I’m super passionate about it, but I love this music thing because it’s like uncharted territory, and I think that makes it a little more fun, to be honest.”

His album Dancefloor is a compilation of hit singles like Dancefloor, Hoodie, and SOTW, and the EP was inspired by a time he experienced a ripple of breakups. “I had just gotten out of a relationship and even though we weren’t together for a long time, I knew her for a very long time before that,” he explained. “I was actually best friends with her brother and her cousins, so when we broke up, I actually broke up with like four or five other people at the same time because it was a whole friend group.”

Despite the hurt from an inevitable breakup, his “happy yet sad” songs, as Marcos described, are also a collage of experiences from those around him, and especially serve as a time capsule for him to reminiscence and reflect back on. Dancefloor also evokes a combination of longing and at the same time, is relatable. “I don’t curse in songs because God forbid one of my students stumbles on it,” he laughed. “And I think it’s interesting to write a song that anyone can listen and relate to, whether that’s a kid or someone around my age.”

The music video for his most-streamed track “Single (on the Weekend)” follows Marcos as he’s at work, dozing off and getting lost in an alternate world. As a full-time 5th grade teacher, Marcos says that he often feels this way. “There’s a lot of times where I feel like Hannah Montana, living this double life where during the day, I’m teaching but at night, I’m writing songs,” he told NBGA. “So there’s a lot of times where the two [worlds] get intertwined.”

In his recent single “Looking for Something,” the singer captures the seemingly-eternal feeling of being lost, which perfectly illustrates how many of us are feeling during the pandemic. Through its soothing melody and tender vocals, Marcos reminds listeners that we’re all wandering this life aimlessly, figuring things out one step at a time.

“I think especially students and young adults right now are going through a really tough time because we were already lost before all of this, but now you leave us alone to think about the fact that we’re lost for like months and months,” Marcos said. “I think the song is even more relatable now because we’re really just looking for something.”

Although he’s only at the beginning of a promising journey, the artist recalls memorable experiences so far like his first-ever trip to New York City. “I was in Times Square recording music in a studio at 2 a.m. and it was so surreal,” Marcos recalled. “I never thought anything like this would happen, and in that moment I felt like if I could make this feeling last the rest of my life, I would love that.”

In the future, Marcos hopes that his songs go gold or platinum, which isn’t too far from happening. Aside from his project coming later this year, Marcos aspires to collaborate with artists like Omar Apollo and Taylor Swift. For aspiring musicians, Marcos advises to just do it. “A lot of times especially for those in the creative arts, we’re so scared of being judged but I think the beauty is that there’s no conventional way to do something,” he said. “Trust yourself, and I would commend anybody to just go ahead and try. Anything is possible.”