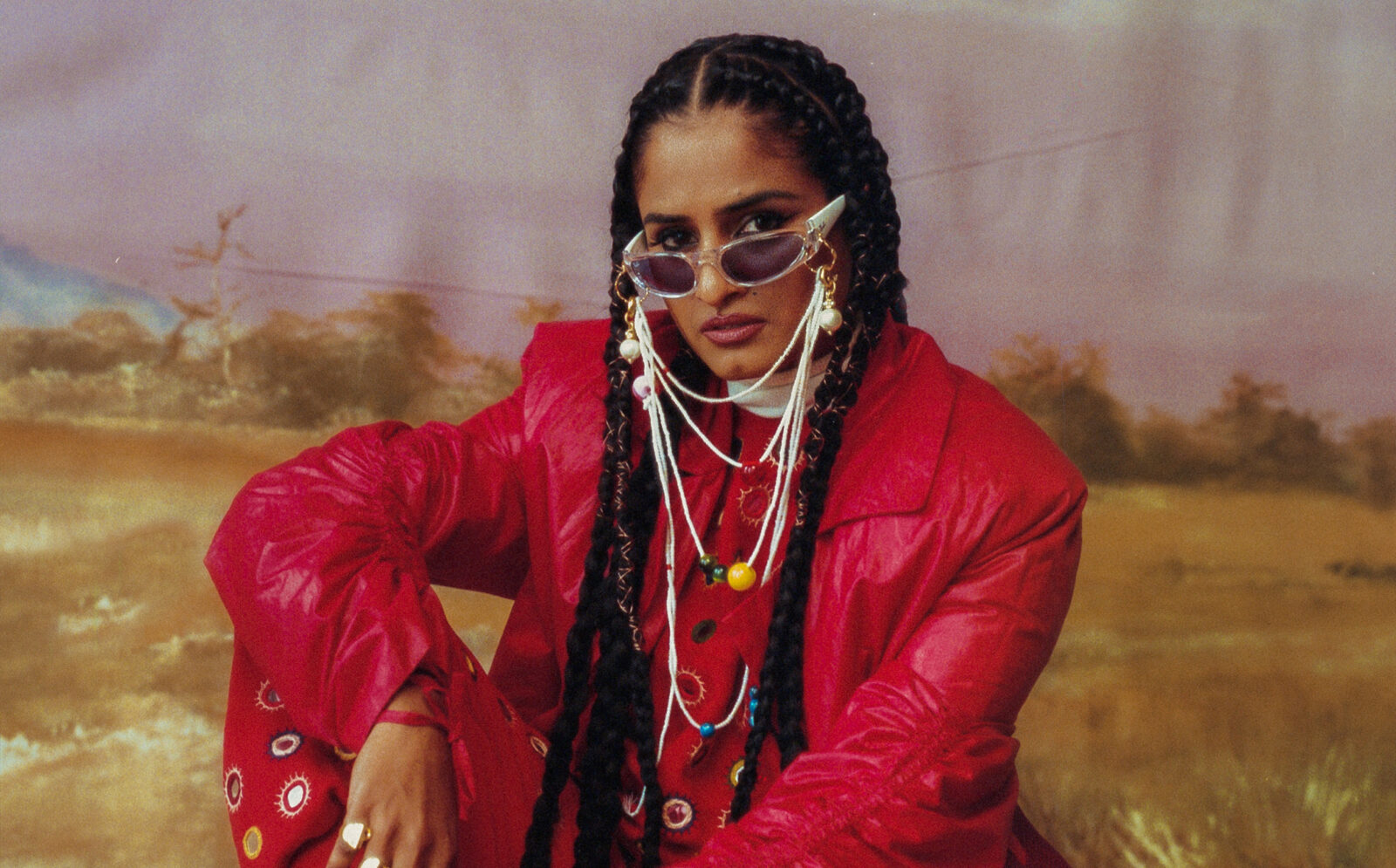 Priya Ragu is a Tamil-Swiss musician who is bringing a contemporary fusion of R&B with her cultural identity in the undertones of her music. In Priya’s recent music video, Chicken Lemon Rice, this is playfully and overtly gestured at as a form of celebration and cultural empowerment. The colourful and bright aesthetics of yellows, reds, and blue, Indian fashion garments are modelled by a diverse group who champion Priya’s interest in uniting diversity through her music. This is further echoed through her dancing, rapping and joyful expression –  all of which show how proud Priya is of her heritage and how she invites her listeners to join in and vibe with her. The party is full of positive vibes, good energy and a hip-hop swagger that is crafted through her gentle and feminine tone. She works closely with her brother, Japhna Gold to write and produce her music as they both share a passion for creating music that is “dopamine for the soul”. In our recent conversation with Priya, she shares with us more about her recent singles and her intentions as a musician.

Let’s start with Good Love 2.0 which was shot in Goa last year – How did this song come about for you and what were your intentions when making it?

I was in the studio with my Brother Japhna Gold and my homie Lord Les. We initally were jamming over the beat for a while until it was clear for me what the theme of the song should be – an idealised vision of first love. Beyond religion, beyond cast, beyond colour. It’s the feeling nothing can tear you apart from, because it’s so strong.

When did you first start creating music?

In 2017 I started to write my own songs together with my brother. At that time I was in New York in my friends studio in Bedstuy. My brother was in Oerlikon Switzerland, so we had many Skype sessions and we were sending voice messages back and forth with song ideas.

I first came across your vocals on the opening of Oddisee’s track, Still Strange – what was this collaboration like for you?

This collaboration came knocking on my door at the right time (at a time when I was uninspired to create any new music). Oddisee called my up saying that he had this song called ‘Still Strange’ and if I would be up for a feature. I instantly loved the track, so I recorded the chorus on the same day and sent it back to him.

What three words would you use to describe your creative process?

Can you tell us about your latest song Chicken Lemon Rice – what has it been like to work with your brother on this project?

Working with my Broskie is so effortless. We both come from the same source, meaning we know each other like no other. We can fully be ourselves and there is no fear in this process.

What were your main inspirations behind creating this song?

The beat itself. Japhna sent me the beat and I started to sing throughout the whole song. I knew that the song had to be uplifting and celebrative.

On a more personal note, did you have to overcome any specific challenges in 2020 and what was your proudest moment?

I am truly thankful that all the doors had opened for me in 2020. The fact that I was able to sign the record deal in the presence of my parents, was my proudest moment.

Who are your favourite musicians and what genres inspire you the most?

Which parts of your Tamil-Swiss heritage have influenced your music the most?

Back in the day, my parents used to play Tamil music at home, in between there was some Bob Marley and Stevie, but mostly it was Tamil Songs by Ilayaraja and Deva. When it comes to music, my Tamil heritage has influenced me the most.

What advice would you give to aspiring musicians who are underrepresented in the industry?

My advice would be, whatever you do, do it with JOY. Keep that high frequency and it will take you to unexpected places.

In 2021 what can we expect to hear and see from you – are you collaborating with any new artists, working on an album or music video?

More songs! Joyful, uplifting songs. Cool videos. Even during the worst year, 2020, things happened to me that I thought would never be possible, so I’m really excited to see what happens this year.

To keep up to date with Priya and her joyful spirit, follow her on Instagram to see more!