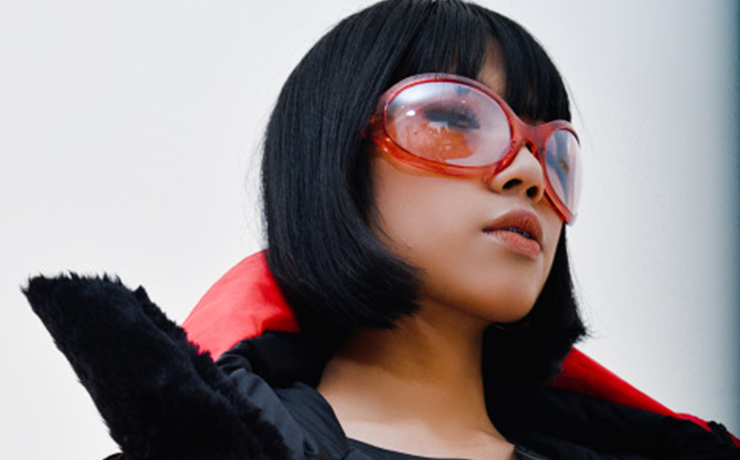 NBGA Astro: The Age of Aquarius and what it means for us

Ramengvrl is a rising Indonesian Hip Hop artist who is shifting the stereotypes and narratives of being foreign. In an exclusive interview she shared the ideas behind her latest album “Can’t Speak English” and talks about how she uses her music as a form of self-expression to escape the mundane stress of a 9-5 lifestyle. Through her music she has transformed this monotony into an energetic, fierce vibe where she is overcoming a subconscious social inferiority that many people who have English as their second language encounter. From following a traditional conservative family’s values, she is now defining her own voice and attitude in the Asian Hip-hop scene.

Tell us a little bit about the inspiration behind your latest album ‘Can’t Speak English’?

“Can’t Speak English” came when I was in the States last year to record the whole album. I realised I was quite reluctant to say some things and was more self-conscious than I should be. When I was chatting with the others a lot of times I’d go “haha, sorry my English is bad” and they were all like, “What are you talking about? Your English is fine.” Those words were a representation to my inferiority complex, but more than that, I realised that I was downplaying myself. I was trying to humble myself too much that it became like a self-disrespect, so at that point I was like, why don’t I stop focusing on what I think I’m lacking at, and focus on the fact that I’m here now and that I deserve this? And that’s exactly the big message behind the album. No matter where you come from, what people say you can or cannot do, it doesn’t matter ‘coz as long as you keep doing it and believing it, you’ll eventually reign over and prove these people (and maybe yourself) wrong.

How has your Indonesian culture responded to the ideas behind your music?

People love the album, so I’ve only heard positive things so far! I feel like they also relate to the theme of “Can’t Speak English”. Speaking English here is not without some sort of dilemma. If you speak English, you’re (supposedly) considered smart, or of higher class, which is why a lot of Indo yungins like to slip in English words (often pointless) in their sentences. On the other hand, a lot of people will complain if you’re speaking in English, saying they don’t understand you, or saying some shit like “this is Indo, use Bahasa Indo!”, or even “sok Inggris” (equivalent of “what an English-speaking-know-it-all”).

What’s your favourite song on your album?

I’m absolutely loving Foreign too and have it saved on my recent likes! Where did the meaning behind this song come from?

High five then! So the first time hearing the beat, I knew this song was gonna be about a boy and a girl type of story. So, I tapped into my messy cluster of memory and remembered a bitter sweet experience with the type of guy you just can’t seem to fully understand, but you’re still in it because you’re either a masochist or you just like the feeling of overcoming challenges (to understand this dude). Coz we independent bitches, we just LOVE fixing people or whatever – it’s weird. We might be the “foreign” ones come to think of it.

I saw on Spotify that you’re under the “new era of Asian Hip Hop” – how would you define this genre?

Cover, even! Haha I just had to shamelessly add that. Hmm, I might be wrong and you might wanna crosscheck with the owner of the playlist lol, but it’s definitely what’s poppin’ in Asia right now, and might be for the next few years. As it says, it’s the “next generation” of Asia’s hip hop.

I loved the visuals in your song Look at Me Now – can you tell us more about the art direction that went into it?

So, I told the director Gilbert March, who I’ve worked with before that I wanted it to be able to really tell my story and the message behind it in a precise way, that’s why you see my name as “Co-Director”. For example, the burning (fake) cum laude certificate scene, it’s basically me saying that I didn’t get to where I am now with this, and that it doesn’t mean anything – it doesn’t mean I’m smarter than anybody else, it just means that I did my homework and I followed the rules. But the fact that a lot of people were mad at it for a while (that was funny) proves my point, that society cares too much of the trivial things and forget to ask, “Wait, why is that important again?”

What challenges have you faced so far in your career? What have been your proudest moments?

Finding the right winning team, shutting down the doubters, and of course the constant need to prove myself and still be true to myself. For example, I’ve had a point where I kept making banger songs with repetitive hook lines because I thought that’s what people like about me, but now I don’t do that so much as I’ve expanded my flow and artistry. Don’t get me wrong, I do love me some no-brainer catchy hooks, but now I don’t do it to please other people.

What can we expect to hear from you in the future? Are you working on any new collaborations?

Of course. More (international) collabs, more music, and especially ones that my fans probably won’t expect coming from me. The album is a huge milestone and I’m currently enjoying it, but honestly, I’m ready for the next one!

Click here to stay up to date with Ramengvrl.