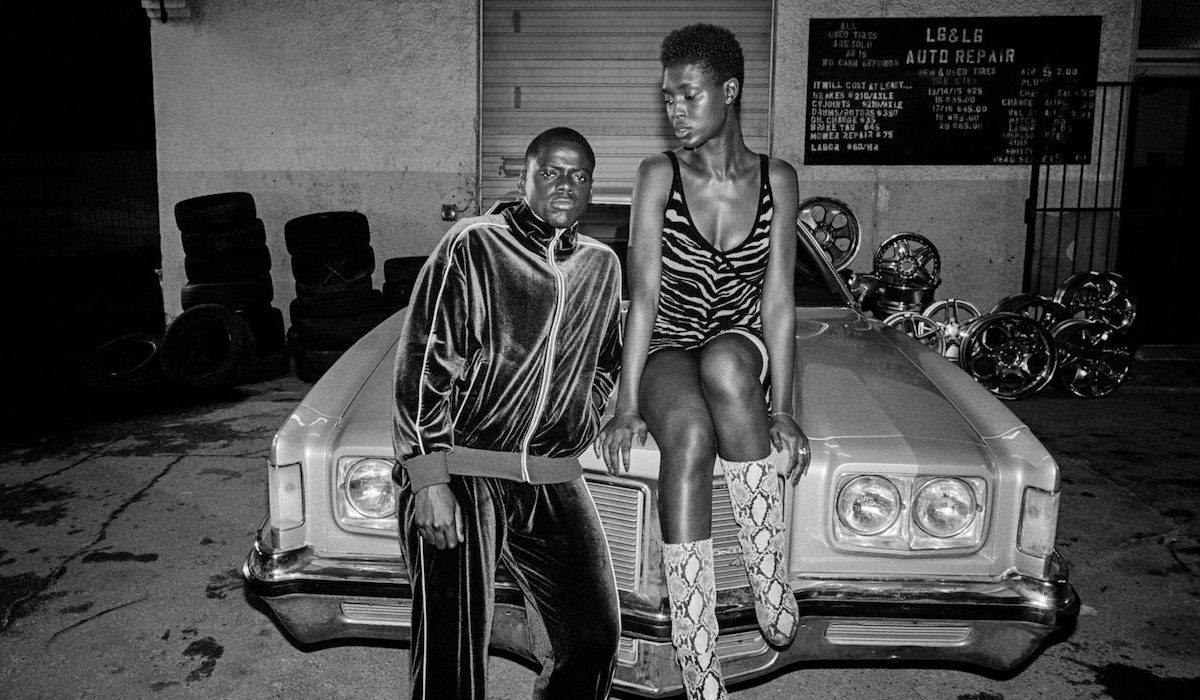 A couple of weeks ago, Universal Pictures released the latest, “official” trailer for the upcoming film, Queen & Slim. Written by Emmy-award winning Lena Waithe and directed by Melina Matsoukas, the film follows a black couple, played by Daniel Kaluuya and newcomer, Jodie Turner-Smith, on an ordinary Tinder date where things take a turn for nightmarish.  As a longtime fan of Melina Matsoukas, I’ve been anticipating this for some time now. And since getting a taste from the slightly shorter, “first look” trailer, I’ve been itching for more. The most recent, trailer for Queen & Slim is only around 3 minutes long, but it’s is already one of my favorite movies. I’ve mentally added it to the list of movies I’ll one day force my children to watch, and is now the top contender for the couples Halloween costume I will coerce my boyfriend into. Here’s Why:

Last night I lost a DGA award. Tomorrow I’ll lose an Emmy (if I’m ever even nominated) and next week an Oscar. Don’t expect them to honor us when they can’t even see us. White privilege is so blinding. Shout out to the culture for seeing me, to the people building platforms to honor and recognize black craft in the face of apathetic creative industries. Y’all inspire me every day.

Queen and Slim is the feature-film directorial debut for Grammy award-winning director, and visionary, Melina Matsoukas. If you’re not familiar with Melina, she’s a close pal of Solange, her Instagram feed is the perfect dose of artistically curated inspo, and she is the director of non-basic girl faves like Rihanna’s ‘We Found Love’ music video, Beyonce’s Formation Video, and 7 episodes of HBO’s Insecure.

It was written by Lena Waithe, who’s queer, black, and amazing (see Met Gala 2018 fit for evidence). She was one of the minds behind the hilarious, Emmy award-winning “Thanksgiving” episode on Master of None. In addition to being a writer, she’s also an actress and a producer. Despite being a seasoned vet of the industry, Queen & Slim is her first feature film, which Waithe so perfectly describes as “protest art”.

Big. Screen. Black. Love. Need I say more? We love to see it!

The visuals. The hues. The color palettes. The lightening. The editing. The cinematography looks stunning.

Most importantly, the inspiration behind the film. I won’t lie, the trailer stirred a barrage of emotion for me. I was beaming at the portrayal of two dark skin black people as the main characters, but couldn’t help but hold my breath as I watched the couples run-in with the police officer. A common sight that tends to ends the same way for black folk. Waithe and Matsoukas have sat down at a few different events to discuss their thoughts and inspiration behind the film.

At an Essence Fest Q&A, Waithe said “There is so much black deaths surrounding us… I wanted to turn the tables where we could keep breathing and the opposer didn’t.” She wanted to “give voice to all the nameless, faceless men and women of color whose lives were taken unjustly and who didn’t make it home. I actually refer to them as fallen soldiers, but unfortunately, they were fighting a war they didn’t know they were in.” Similarly, Matsoukas Matsoukas said that the film was intended to be a way of honoring “black people who have lost their lives to police brutality.” At CinemaCon, Waithe explained that the film’s intent is to get people talking. “The film is not made to give the audience answers, but instead to ask questions and show what it looks like to be black and in love while the world is burning all around you.”. At the Q&A for an exclusive sneak peek, Matsoukas She also said that while she wanted to film to create dialogue, at its core, it’s a project about black love, saying “It’s a film that defines black love as a revolutionary act. It shows that our union is the greatest weapon against the assault on black people in America.”