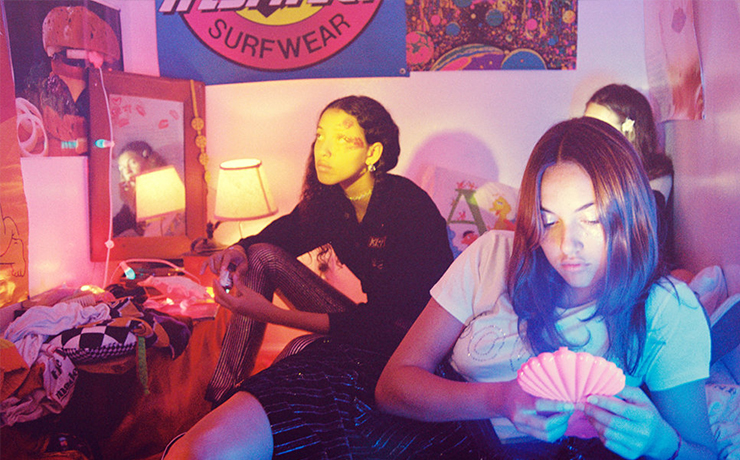 A look at the elusive science behind CBD skincare

When it comes to getting to know someone new today, it feels like texting is inevitable. In a strange turn of events, though, meaningful digital interaction actually feels like a rarity. When two people are beginning to deepen their connection over a long thread of texts, it’s like a clunky dance. So how does it feel?

Texting can either kill chemistry before it really starts, or enhance it. In my experience, it is often and unfortunately the former. Texting has the tendency to feel dull and, at the worst of times, almost like a charade. Chemistry doesn’t translate over a screen. When it does, I think it already existed prior. Has communication been modified for convenience at the expense of extracted substance? You know that thing about people who don’t listen during a conversation, but are instead just waiting for their turn to talk? That’s what texting feels like.

That’s just a little bit of hard truth (forgive me) about digital communication as I’ve experienced it. We’re all currently under-met for closeness to others, after all.

Maybe it’s because texting feels permanent while in-person speech doesn’t. Even lightness/playfulness/fun has to be signaled to us via colourful emojis. That’s why we sometimes overthink what we send—we have to look at it. There is no natural tempo. We overthink and we send. It feels like resume writing. Who do I look like through my messages? I’m no qualified expert on the psychology of communication, but communication that feels good matters very much to me, as I’m sure it does to all of us. So I thought I’d share my thoughts on why it doesn’t seem to work in our otherwise digital world, and how to possibly change that.

When I think of people I’ve been interested in who I’ve also actually enjoyed speaking to over text, a select group comes to mind. Why these people? There was a real rhythm with them in between our texts. An ease. There was no time-calculating or lack of things to talk about, and when the conversation felt concluded, we both knew when to put it down. I remember in one conversation, we just talked about how pretty the sky looked in one particular moment. And it was nice. But the thing is, I’d met all of these people in-person before any texting started up.

Maybe this is why dating apps are so dry.

Texting can dull down a connection or expose its emptiness because it feels transactional. The initial topics discussed are not of real, hearty interest to either of us, and it all feels timed somehow? And it’s no one’s fault! We don’t know each other yet, not really! What do you expect of us?

But still, even knowing all this, it’s hard not to be turned off. Boredom is deadly.

When the conversation continues beyond an obvious ending and the greetings begin feeling monotonous, it feels uncomfortable for at least one of us. But when you’ve already met and connected with the person you’re speaking with, these things don’t often matter as much. You give them the benefit of the doubt. You look forward to the greeting, even if it’s the same one. There’s already that beginning of trust that yes, you’ll like talking to this person. Pre-sparked emotion makes the choice easy, and it can’t be replicated. You’ve already caught their undertones. Voice pitch. Confidence. Energy.

Otherwise, without this, you’ll notice things about them that texting could never catch upon your first in-person meeting, and realistically, this throws the entire interest-level for a loop. Amazing.

Digital communication misses liveliness, energy, and regular emotional cues that real life does not miss. How does one avoid these pitfalls? In-person communication has spatial intimacy. So why not speak over text the way you would in real life to try and encourage that same feeling? Don’t put pressure on yourself to keep it going. Just enjoy it for what it is. Maybe even focus less on it and put effort in other areas. Everyone has different texting styles. For people who are so extremely connected and “online,” we’re not very good at navigating this space with another person. But we’re just people. So drop the armor as much as you can and remove the sterile (or overly sexual) tone to it all! It doesn’t need to feel like a game of Ping-Pong.

Easier said than done, I know. But we’ll get there.

You know what I’ve been told and have experienced that always works in the digital communication space? Sharing things—like articles and topics and jokes—with one another over text that you think will be of interest to them. Asking them a substantive question you’ve been wondering about. Allowing small talk to be just that. Not forcing conversation, and feeling comfortable with that. Basically, creating a space you’ll look forward to entering. Because that’s what anyone wants. This is what’s usually missing, and this is something that will translate every time.