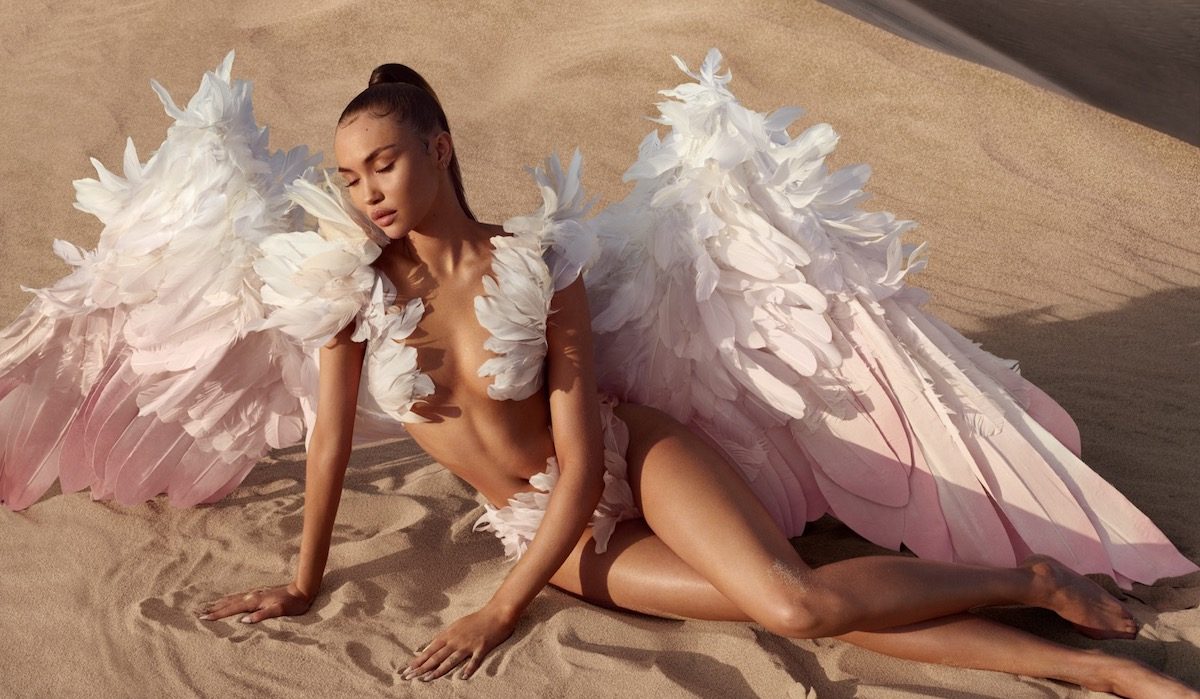 In Less Than 3 Minutes, Queen & Slim Is Already One Of My Favorite Movies Of All Time

Whether you believe in guardian angels or not, Isabella Peschardt is here with a dazzling debut album that poetically implies that they exist and are thriving. The Danish-Ethiopian L.A. native has spent years homing in on her musical virtuosity, in amongst building an illustrious international modeling career – but, if you thought she was simply another a pretty face…you are absolutely wrong. “12 Angels” is a versatile affair, which showcases Isabella’s ability to adopt various R&B styles, while lending sensibilities borrowed from contemporary hip-hop and trap, in order to create her own sonic universe. With glorious production credits from the likes of Timmy Manson Jr to Lucky Blue Smith – Isabella glides through the 12-song-strong track-listing with a confident manner, amalgamating her pithy songwriting and stunning vocal abilities to give us an album with undeniable replay value; but, more importantly, it comes with an awe-inspiring overarching message about how embracing vulnerability can ultimately lead to self-empowerment.

The album opens with a dainty arpeggiated piano arrangement, over which Isabella hums angelic non-verbal incantations; one can only imagine that the song’s purpose is a method for transporting us, the listeners, into the realm of her angels – where this versatile album ultimately lives. The “Intro” sounds somewhat improvised, with symphonic string accompaniment being added sparingly as the melody intensifies. Yet, the first track doesn’t give too much away, ending with an abrupt caesura. “Intro” is the first of Isabella’s twelve angels, and therefore merely offers a glimpse of what is to come on the heavenly track-listing.

“Nobody” precedes the “Intro”, to the tune of a plucked diminutive bass guitar melody, over which Isabella coolly intones a message in self-appreciation; coy, asking the object of her interests in the pre-chorus “who do you know?/Who do you Know like me?” – and answering her own question confidently in the infectious refrain “Nobody.” It’s flirty, funky R&B with twinkling piano embellishments bolstering the sonic structure – simple yet impossible not to dance to. Isabella continues the funky bass-melodies into “Tag” – a standout track – as she cleverly plays with metaphors to do with fashion, as a way of expressing her distaste for people trying to bite her style; from the way she dresses, to how she composes herself (They be ripping my tag/And I’m gettin‘ mad/This is how I gotta act, damn).  It’s the sort of track you’d expect from an international model, a sassy confident rapped memento solid enough to strut down the runway too.

As “Tag” comes to a close and “Out More” swiftly materializes – we’re serenaded with a beautiful saxophone melody that is gradually broken down, sampled and re-structured to form the guiding harmonic placement for the track, which Isabella dedicates to elucidating the feeling of wanting your crush to notice you and ask you out.  Its more traditional R&B, with striking percussive tension and release, evolves as the sharp hi-hat dissipates into a hitting 808 in the chorus while Isabella’s dynamic falsetto rings out, singing: “You should take me out more/Take me out more/I’ve been tryna let you know this”. On the endearing “143 (Gift That Gives)” – over the gorgeous indie-style plucked guitars of producer Timmy Manson Jr – Isabella professes her love for the object of her affections as she croons on the feel-good chorus “wasn’t looking for a start/but you came and changed my heart/now our moments have no end/your love gets me”. The guitars are a clear standout element to this track – modulated and ever so slightly reverberated to create a bouncy melody; they shine, particularly in the bridge with the introduction of a soft 808, as Isabella’s voice flutters, light-heartedly singing “you always love me how I wanna be loved/I love it when we love/don’t take it for granted”– as the song perfectly fades.

The album has three ‘dark angels’ in the form of “Tears”, “Ready” & “Lucky Me” – which Isabella dedicates to confronting her fears with regards to this relationship. On “Tears” – a song reminiscent of The Weeknd’s influence on contemporary R&B – dark distorted synths bolster the verses followed by a slow symphonic release in the chorus, as Isabella incants a soliloquy about fighting for the one you love. (tears make the kisses better/water on my lips make it wetter/I know you thought you lost me forever/but, tears make the kisses better). However, the songstress‘s inhibitions change as she begins to feel merely ‘convenient’ to her lover on “Ready”. Over the trap-leaning 808’s and a dainty muted piano melody she laments “baby I’m ready, I give you all that I know/playing me heavy and leave me out in the cold/leaving me crazy, I’m done with asking for more”, before questioning her lover’s hot and cold behavior in the catchy refrain, criticizing them for always “saying [they’re] ready” . Isabella continues to showcase her trap-sensibilities on “Lucky Me”, which is formed using an amalgamation of unearthly piano samples and hard-hitting 808’s – acting as the third installment of this three-track trilogy on which Isabella widely explores the role of the antagonist in her relationships.

However, on the following track “November”, traditional R&B takes precedence once again as Isabella revisits her vulnerable side, telling her lover, “you know me better than what you heard/no, I would never leave you deferred/but when we were something, we know it burns/back in November, it got the worst”. Isabella’s glorious vocals are bolstered by the gripping symphonic synthesized piano accompaniment to the chorus as she laments about her lover; “you didn’t show up”. It’s a simple, yet groundbreaking look at taking the ones you love for granted, and the consequences those actions have; especially when you’re dealing with a woman who clearly knows her worth. On “More Than Words” Isabella continues to be vulnerable singing “I’ve been a fool/for a lover who holds my heart/ and I’ve been misused/but I broke him right from the start”. “More Than Words” feels deeper than November, as Isabella teaches a lesson in accountability – accepting that she was taken for granted, but that she may have not been the best match for the lover whom she refers to over the course of this record.

Fittingly then, on the album’s leading single and penultimate track “Three” Isabella provides a soliloquy for letting go and moving on. Once again, harnessing her buttery falsetto and rap-sensibilities as she flows with a tonality commonly characteristic of Jhene Aiko, singing “ just like that, didn’t look back/now you’re here in front of me tryna get me back/you know I didn’t forget” as she tells her lover “you’re not going to control this”. On the culminating track “Outro”, to the tune of a classical piano arrangement, Isabella lets us in on the secret to her unshakeable attitude towards self-empowerment and embracing one’s God-given gifts; and it lies in simply looking up to her guardian angels. It’s a beautiful sentiment, one that comforts her when she’s “not feeling able”. “12 Angels” showcases Isabella’s ever-growing versatility from her beginnings as a model and therefore predominantly a visual artist, into the realms of sonic innovations – the result is calming, symphonic R&B amalgamated with hip-hop and trap sensibilities – and it’s utterly heavenly.