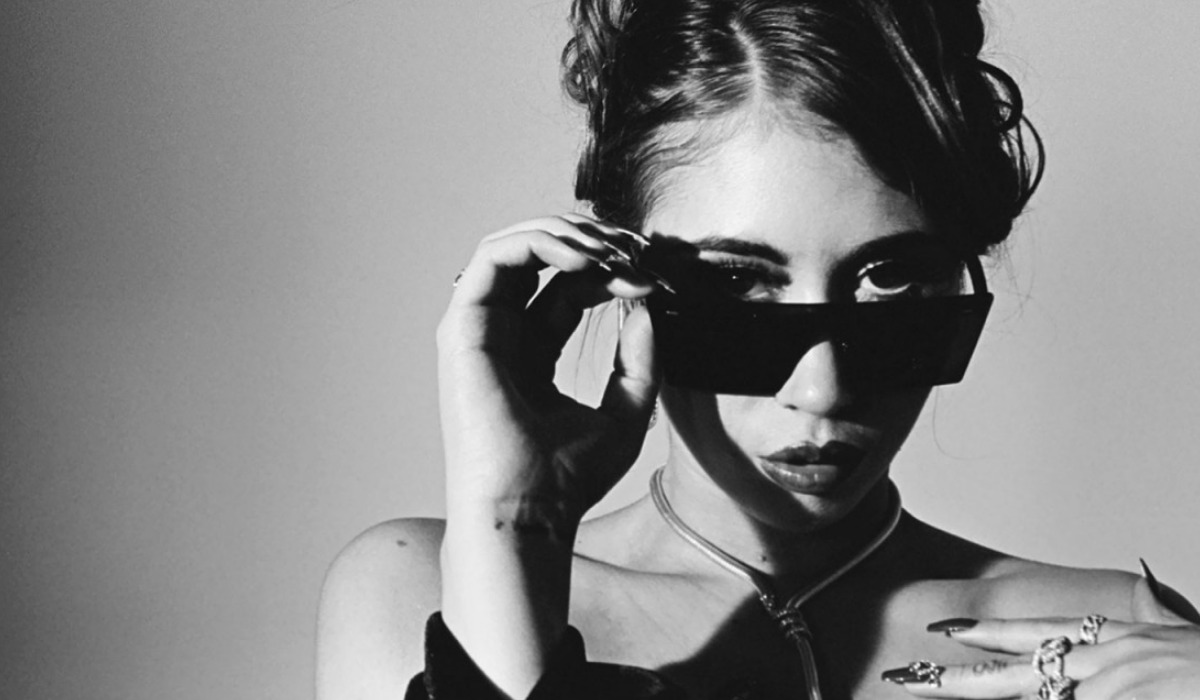 Pass On The Palm Oil: Your Guide To Sustainable Beauty

Kali Uchis is a creative powerhouse. The 24-year-old Colombian-American songstress and NBGA favorite likes to exercise artistic control in all aspects of her career, from writing lyrics to acting as creative director in her projects (such as the dreamy and cinematic video for ‘After The Storm’); she describes herself as a ‘visual artist,” who likes to ‘conceptualize a project before I put it in motion.’

This focus on high-concept aesthetics extends to Kali’s own style. Looking through her looks -in music videos, live performances and on her Instagram– is akin to watching an actor’s show-reel: each outfit appears to belong to a new character in her roster of alter-egos.

In an interview with Vogue, Kali described the many phases she went through in the formation of her personal style, from that “classic emo stage,” to ‘an obsession with moon boots’. It should come as no surprise that the genre-defying musician, whose output combines elements of pop, jazz, doo-wop, and R&B, and who has collaborated with artists as diverse as Gorillaz, Tyler the Creator, Bootsy Collins, and Jorja Smith is as eclectic in her wardrobe as in her work.

After the self-release of her debut EP ‘Por Vida’, Kali was known for her sugary aesthetic- equal parts bubblegum 50’s, Clueless school-girl and Playboy Bunny- but since then, her look has become more amorphous, is ‘constantly in flux and transition’. From pin-up vixen clad in silks and fur to Vegas showgirl, from ethereal in white cotton to villainess in black latex, Kali makes nods to a plethora of references whenever she steps in front of the camera. In the 10 looks I’ve compiled alone, I see references to 60’s icons such as Edie Sedgwick, to East LA street style, and Old Hollywood glamour.

Of course, Kali is much more than her look. In an interview with Vulture, she declared “I’m not a Barbie doll, I’m…a multidimensional human being who likes to make things,”  and in this rundown, I want to emphasize that idea. As someone who values aesthetics in all factions of her work, the way Kali dresses is an act of making in itself- of maintaining or evolving her character- and should be celebrated, alongside all the other things she creates- as a musician, creative-director, artist and director.

This silk dress and fur which Kali wore to perform alongside the LA Philharmonic Orchestra to celebrate the Hollywood Bowl’s 100th anniversary is almost too perfect. I’m not sure I’ve ever seen a dress fit better than this, and the icy-blue matched with the iced-out jewelry is to die for.

Everything about this look from the ‘Isolation’ tour is so precise- from the strategically placed larger pearls on the bra to the perfectly fitting armbands and the sleekest of topknots. The attention to detail and burlesque-feel reminds me of the movie ‘Showgirls,’ in particular the scene where marbles are scattered onstage by the dancers’ rivals.

Kali has made no secret of her love for the 60s – “musically and aesthetically, the culture of it just inspires me.” In the ‘After the Storm’ video, we see Kali wandering the aisles of a Warhol-esque supermarket dressed as a mustard-yellow mod. In this still, Kali’s graphics liner -which is in itself reminiscent of another pop-art icon, Roy Lichtenstein- can be seen in its full glory, and appears to be a nod to the iconic makeup of Warhol’s protege Edie Sedgwick.

Icons of pop culture have been dressing in double-denim for years- with the early 2000s being a particularly popular time for the ‘Canadian Tuxedo‘; think Posh Spice, Destiny’s Child and of course, Britney and Justin. Here Kali embraces the Y2K vibe, looking like a real-life Bratz doll in fun flares and a cute shoulder bag, but this look is better executed than any double-denim look I’ve seen before; those jeans could literally be spray-on they’re such a perfect fit!

A far cry from the ultra-slick hair and skin-tight clothes of the look above, in this shoot for Fader Magazine, Kali looks almost unrecognizable. The loose, floaty fabric of her dress draped over a table and combined with her tousled blonde hair, has an ethereal quality reminiscent of the Lisbon sisters in Sofia Coppola’s ‘The Virgin Suicides’, a comparison which is only furthered by that backdrop, which reminds me of a 70’s school photo.

Room With A View

This ruched silk dress which Kali wore to the opening of her installation as part of Refinery 29’s ’29 Rooms’ project is so good precisely because it’s so simple. It’s ultra-feminine without doing too much; from the waist up, with its sweetheart neckline and ribbon straps, the silhouette is almost bridal, but the way it falls just below the knee gives it an air of professionalism- perhaps because this length of pencil skirt always reminds me of Joan Holloway from Mad Men, a fictional icon of 50’s office-wear.

This photo is just so great- the pose, the plane, the way her dress looks like a blue sky scattered with white clouds…those shoes. I think this whole shoot for Modzik -which has the vibe of a young girl playing dress-up- is really a testament to how much a look can be elevated with the right creative direction and sense of humor. Although the dress itself is simple, the look is fun and kitschy, and that’s my favorite quality of Kali’s style.

This photoshoot for the ‘Isolation’ cover-art sees Kali luxuriating on a chaise-lounge, waiting for a fantasy lover in seemingly never-ending ultramarine silk sheets. This is decadence and drama taken to the next level- every color ultra-saturated, every piece of fabric perfectly draped, with the gloss of her bra matching the gloss on her eyelids. I particularly love the choice to combine red with pink- this image singlehandedly proves that those two colors worn together are anything but a sartorial faux-pas.

I think I audibly gasped when I saw this picture on Kali’s Instagram. This dress combines a breastplate, which appears to be made of rubber or plastic and is tied around the neck like an apron, with draping fabric of a barely-there skirt, a garment which only Kali could pull off. The silhouette and up-do immediately made me think of Kim’s ‘Break The Internet’ article in Paper Magazine, and the front brought to mind Allen Jones’ photo ‘Body Armour’, of Kate Moss in his 1978 bronze glittery bodysuit. I feel like such a combination sums up Kali’s style, where tongue-in-cheek campiness meets a serious taste for design.