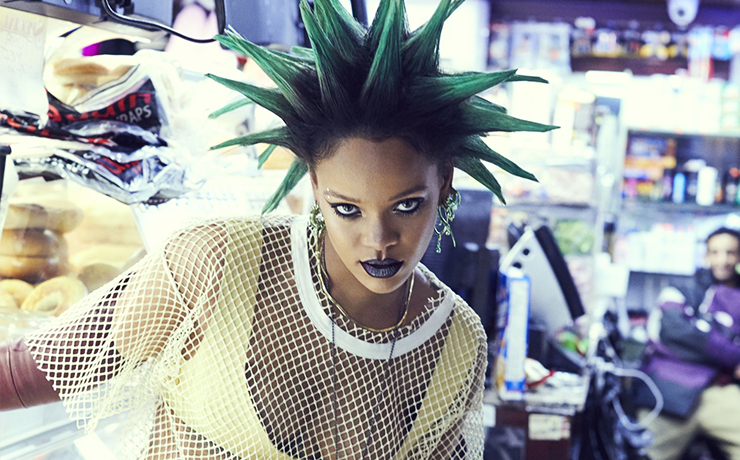 Karissa Mitchell is a multi-talented DJ and fashion market editor based in NYC. Currently working as a stylist and editor for Teen Vogue, Mitchell is an intuitively stylish and dynamic Black woman who is excelling within an industry notorious for its historical dedication to exclusion. Buzzwords like diversity and inclusivity have flown around our heads for a long while now but eventually those reoccurring buzzwords led to longer, critical commentary featuring words like token and performative.

All across the creative-consumer sphere, people began to question the dynamics of power in front of and behind the scenes. To casting a model of color and use their appeal as a branding tool is one thing — but to actually encourage the existence of a Black woman’s voice, presence, and vision behind the scenes speaks a much heavier volume as far as solidarity and access goes. NBGA spoke with Mitchel about the origins of her love for style as well as her experience in the industry so far.

“My hatred for fashion accidentally became an infatuation,” Karissa shares, speaking of the catalyst for her love of fashion. “I’m more of a style enthusiast rather than the logistics of fabric, make or label, or at least I thought I was. I’ve always been known for my style. I don’t believe I was super fly or anything but my outfits always communicated my personality. I was exactly who I thought I was. Which is why I never thought fashion was that serious. I wasn’t interested in having the latest or being a human billboard for a popular brand because they said so. I sort of obsessed over trying to understand what the big deal was and ended up right in the middle of it all.” When you have a natural eye for something, it’s hard not to give in to exploring it, and the exploration has definitely paid off: Mitchell has worked with superstar Keke Palmer, young model Kaia Gerber and dreamgirl Bella Hadid.

When it comes to fashion’s racism issue, many women of color can feel like they aren’t being given the same opportunities. While the jobs may be the same, circumstances aren’t. “I’m sure there were jobs I didn’t get due to racism or elitism but I can’t say I noticed. I treat everything like it happens for a reason. I’ve been fired from what I thought was my biggest break, went through a mini depression, and was hired at Vogue a year later. See how that works.”

Teen Vogue’s Lindsay Peoples Wagner is the recent Editor-in-Chief, and also the fantastic writer of Everywhere and Nowhere: What it’s really like to be black and work in fashion. Karissa’s experience working with Peoples Wagner might be different than other working relationships because they are both black women, not to say that every black woman is the same as the next, but having a boss that looks like you in the fashion industry is just as empowering as seeing a successful character that looks like you on a television show. Mitchell says she’d had her fair share of conflicting issues with bosses her age to revered bosses that no one would dare challenge.

“I was often faced with asking myself whether or not to speak up and deciphering what exactly is a dumb question […] I decided to always make my decisions with the end in mind. It’s never failed me, thinking of the outcome initially. I’ve carried it over to my personal endeavours as well.” She sites Nadia Lee Cohen as a creative that she looks up to as an inspiration. Mitchell says, “She’s consistent. She has many versions of herself and plays on them all simultaneously. Her talent speaks for itself and everyone she surrounds herself with is a clear reflection of herself.”

Mitchell’s advice to anyone wanting to work in fashion is that you don’t have to be the most stylish dresser to know your stuff which speaks volumes on the topic of elitism. Not everything one wears must be designer or assembled in the trendiest way. What is the one thing that Mitchell wants to see manifested within her career? The answer is short, sweet, and strong: “I want my work ethic to be indisputable.”